Florida considers nixing its limit on CBD business licenses, another tribe moves forward with plans to enter the marijuana industry, and the first medical cannabis dispensary in Las Vegas prepares for liftoff.

Yet another legislative attempt is underway to galvanize Florida’s lagging CBD program. This week, state lawmakers announced a new bill to expand the initial medical cannabis law – passed last year in an attempt to head off broader MMJ legalization at the ballot box – with the intent of getting the state’s CBD market up and running.

The proposed legislation, by Republican state Rep. Greg Steube, would abolish the cap of only five licenses for CBD companies and increase the number of qualifying medical conditions, thereby expanding the potential customer base for licensees. If it passes, all 24 nurseries that applied this year could get into the industry, instead of just five.

The new bill comes on the heels of a failed attempt to broaden Florida’s medical cannabis law, which was initially supported by United for Care, the campaign that nearly got MMJ legalized last year. But the new proposal, which seeks mainly to bolster the existing CBD law and doesn’t allow for full medical marijuana, likely won’t draw much support from either businesses or from United for Care.

“I suspect that United for Care is going to keep pressing forward in the face of this,” said Mike Smullen, co-founder of Altmed, a Florida firm that is hoping to get into the MMJ industry if or when Florida legalizes medical cannabis. “And if something like this does pass, then it’s going to come down to who puts the better spin on a new piece of legislation?”

Smullen said that if the new legislation passes in its current form, his company may engage in the industry in a small role but will likely wait for next year’s election, when United for Care is planning a second try at legalizing MMJ.

However, if the legislation is amended to allow patients to purchase regular-strength marijuana and not only cannabis with just .08% THC, that might be a game-changer.

“If this thing can move in the direction that we’d like to see it move, we’d be all-in. So it’s a step in the right direction, and it does give us a sense of optimism,” Smullen said.

Regardless, it’s a long way until the end of the next Florida legislative session, and a long road to the 2016 general election. A lot could happen in between.

The Menominee Tribe in Wisconsin, disappointed by a failed bid to open a casino and eager for a new economic opportunity, approved a referendum this week to begin growing and selling either medical or recreational cannabis. Or both.

The issue will now be handed to the tribe’s legislature, which is expected to approve ordinances legalizing marijuana, according to the Milwaukee Journal Sentinel. But a board member of the National Indian Cannabis Coalition says the move is a bad idea.

“I would never, as a tribe, pursue a marijuana policy that’s beyond the limits set forth by the state that is their hosting jurisdiction,” said Demitri Downing, the board member. “That’s a giant red flag, a flag that could raise the eyebrows of the neighboring county sheriffs, state officials, the local U.S. attorney, the repercussions of which are greater than marijuana. There’s a long history of interplay between tribes and the federal government in regards to sovereignty.”

Downing pointed to another tribe in South Dakota that’s planning to sell adult use cannabis on its reservation, right next to its casino, as a similarly poor plan.

ADVERTISEMENT
“I like what they’re pursuing in their recreational policies, but you have to analyze one step further. And the step further is if they go head to head with the state of South Dakota in the U.S. Supreme Court and they lose, it could erode sovereignty rights with regard to all issues for tribes,” Downing said.

South Dakota has not legalized cannabis in any form, and while Wisconsin hasn’t approved MMJ or recreational cannabis, it has legalized CBD oil. That’s an avenue Downing said he would urge the Menominee tribe to pursue.

“If I was advising the tribe, I’d analyze the state’s CBD law, and I’d set up a tribal ordinance that allows the tribe to adjust as the state adjusts,” Downing said.

Wisconsin law still requires a doctor’s prescription for CBD oil use to be fully legal, and that’s a hurdle that may be revisited by the legislature in the next year. If that happens, a door could open for the tribe to begin producing CBD, Downing said.

Come Monday, Las Vegas will join the list of cities with MMJ dispensaries.

Although Euphoria Wellness isn’t the first dispensary to open in the state, it will be the first to open in America’s playground. And that’s another milestone for the cannabis industry, not just in Nevada, but in the United States.

Euphoria and other Nevada cannabis companies have fought long and hard for the right to do business in the state, and though some local officials have pushed back against the rising industry, the continued dispensary openings in the state are essentially a statement that cannabis isn’t going to disappear.

Plenty of mainstream politicians in Nevada have been backing the Green Rush, eager to get a piece of the economic pie that’s been created in states like California, Colorado and Washington. With an eye towards cannabis tourism, the Nevada Legislature even included a groundbreaking reciprocity provision in its 2013 law that allows MMJ patients from other states to purchase cannabis in Nevada.

Depending on how that plays out, and if Nevada legalizes recreational cannabis next year as many in the state expect to happen, that’ll be one more domino that falls toward the end of prohibition.

Since that’s the real endgame for the cannabis industry, Euphoria Wellness can be viewed in many ways as a major symbol of mainstream acceptance. It won’t exactly be right on the Las Vegas Strip, but it is just about 20 minutes southwest of Caesar’s Palace. 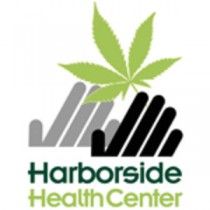