A study shows that many dispensary employees are improperly trained, Arkansas announces fees to set up MMJ cultivation facilities, and Puerto Rico’s medical cannabis industry is open for business.

No train, no gain

If workforce training is any measure of an industry’s professionalism, the cannabis industry has some serious catching up to do.

According to a study published in Cannabis and Cannabinoid Research, a medical and scientific journal, 45% of the 55 dispensary workers surveyed said they did not receive any training from their employers, 80% said they had not been trained about marijuana’s therapeutic benefits, and many provided incorrect advice to patients.

That needs to change, said Shaleen Title, a partner with the THC Staffing Group, a canna-centric human resources firm in Boston.

“It’s crucial for dispensaries to invest in proper, consistent training for all of their employees but particularly for those who work directly consulting patients,” Title said. “Patients depend on their doctors and dispensaries to provide them with advice on the best way to use their medicine.”

Employee turnover can be costly to companies big and small, but it can be reduced with training and education programs that make workers feel valued.

“Well-trained employees are more likely to stick with you, and they save you money by delivering better care, bringing repeat business and making fewer mistakes,” Title said. “Especially in the states with more highly regulated programs: If your employees aren’t trained well enough to be compliant, you could lose your license.”

Some cannabis companies get it.

Etain Health in New York pays for its employees to take extension courses in horticulture and other relevant topics from Cornell University.

Several employees have already taken advantage of the program, Etain CEO Amy Peckham said, including a cultivation manager who “really stepped up her game.”

Money will talk in Arkansas

The Arkansas Medical Marijuana Commission’s decision to set an annual fee of $100,000 to operate a medical marijuana cultivation facility likely won’t rule out any businesses but instead should guarantee a system that can meet patient demand, said one industry analyst.

ADVERTISEMENT
David Couch, a Little Rock-based attorney and proponent of medical marijuana in Arkansas, predicted “there are going to be plenty of people who meet the minimum requirement and be able to pay that fee.”

The commission also decided that applicants must provide a $1 million bond or assets worth $1 million and the ability to prove it has $500,000 in cash liquidity.

Arkansas offers only five available cultivation licenses. Based on the revenue those facilities will generate, Couch called the fee “fair and appropriate.”

He compared Arkansas with New Mexico, where a grower is limited to 450 plants with an annual fee of $90,000. Arkansas doesn’t limit the number of plants, although the marijuana commission could place a cap on that at some point.

Furthermore, Couch pointed out, several aspiring cultivation applicants are composed of groups of people who are kicking in money to cover the cost of fees. So it’s not just one person paying the $100,000 licensing fee.

Moreover, applicants aren’t required to pay the cultivation fee if their application is rejected, and they’ll get half of their $15,000 application fee returned.

“It will ensure that the individuals who end up with the licenses actually have the ability to produce the product for the patients,” Couch said. If those individuals didn’t have the capability to meet the demand, the system would collapse, he added.

The commission is expected to begin discussing fees for dispensary owners next week.

Everything looks to be going according to plan in Puerto Rico, a U.S. territory that offers new business opportunities for cannabis entrepreneurs.

Medical marijuana dispensaries began opening this week on the island, and roughly 2,000 patients have signed up for MMJ.

That’s of no small interest to Charles Bachtell, co-founder and CEO of Cresco Labs, which has operations in Puerto Rico.

Bachtell anticipates the patient count there could reach 100,000 once the program is fully developed.

Bachtell noted the Puerto Rican government has expressed support for a “beneficial and robust” tourism scheme, adding: “It’s always nice to have a supportive administration and regulator involved in these programs.”

Puerto Rico’s status as a U.S. territory, coupled with its pro-medical tourism attitude and reciprocity for MMJ card holders from other states, “offers a destination unlike anything else we have in a medical cannabis program” aside from perhaps Hawaii, Bachtell said.

Cresco Labs, based in Chicago, expects to have its cultivation operation up and running in the second quarter of 2017.

“Things are moving quick – 2,000 patients enrolled at this time is a really good sign,” Bachtell said.

The marijuana industry under Trump: Q&A with Congressman Ed Perlmutter 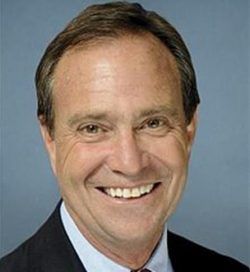 A look ahead: Issues facing marijuana professionals in 2017 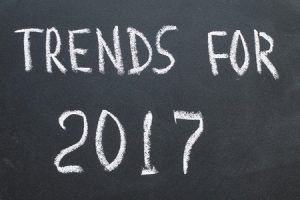 Year in Review: Top 10 notable developments in the marijuana industry from 2016 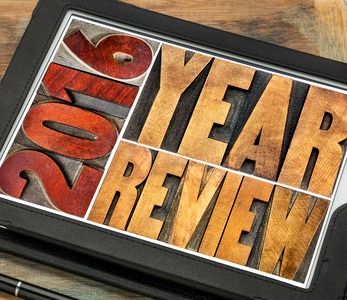