(This is the first in a series examining employment and pandemic-related wage subsidies in Canada’s cannabis industry.)

Thousands of Canadian marijuana industry workers have lost or left their jobs since early 2020, even as their employers received more than 140 million Canadian dollars ($112 million) in federal subsidies to retain or rehire employees amid the pandemic, an MJBizDaily analysis has found.

That raises questions about both the cost-effectiveness of the wage-subsidy program and whether most of the funding went to businesses in need of serious restructuring even before the pandemic hit – instead of businesses struggling to cope with the pandemic’s fallout.

The job losses also have come at a time when annual executive compensation at certain cannabis companies jumped, in some cases to levels exceeding annual revenue.

These findings and questions emerged after MJBizDaily examined the regulatory filings for 50 of the largest Canadian cannabis businesses by market capitalization.

The analysis looked at the number of people the companies employed before the pandemic versus the number detailed in the most recent regulatory disclosures – or, in some cases, after the pandemic started but before significant mergers and acquisitions occurred that might have resulted in job losses.

All told, roughly 6,000 people lost or left their jobs at licensed cannabis producers since the end of 2019, representing 30% of some 20,000 positions tracked by MJBizDaily.

Four companies accounted for almost three-quarters of the lost jobs:

Of the 50 businesses MJBizDaily analyzed, 25 either gained employees or experienced no net loss in staff.

Most of the layoffs MJBizDaily tracked occurred in 2020, and the data accounts for only some of the cannabis industry job losses this year, because most companies have not yet disclosed their 2021 employment levels.

At the same time, the data shows companies that recorded a net loss in the number of workers received the vast majority of the CA$180 million in grants from the federal government – or about CA$141 million in total.

The grants, mostly from the Canada Emergency Wage Subsidy (CEWS), covered some of the wages for employers whose businesses were affected by the pandemic so they could retain or rehire workers and prevent further job losses.

The pandemic struck the cannabis industry at a particularly sensitive time.

After spending billions to expand via mergers and acquisitions, the largest LPs collectively lost more than CA$5 billion.

The companies took steps to stem the losses, which ultimately included destroying more cannabis than they were able to sell.

In essence, the largest companies poured billions of dollars into cultivation facilities, with the financial backing of Bay Street and Wall Street, even after MJBizDaily reported in January 2018 that those businesses had already bankrolled more than enough capacity to meet demand.

The gamble apparently backfired and ended up putting the largest companies at a competitive disadvantage, as they soon became too slow to react to the fast-evolving sector.

In the ensuing months, many facilities were closed and sold for pennies on the dollar.

“There is a human toll, and I think that’s clearly been missed,” said VanderMarel, who also helped launch Good & Green in 2018 before it was acquired in 2019 by 48North, where she served as co-CEO.

VanderMarel said that a focus on stock price over customers and quality control contributed to many problems for the large producers.

She suggested that having thousands of employees made some companies look good, “even if it wasn’t really reflective of what the company was doing or what it needed.”

“But showing job growth showed corporate growth, which was the goal to maintain or raise the stock valuation in order to get more investor money.”

Who hired, who fired

A majority of the cannabis businesses analyzed experienced a net gain in employment during the pandemic, as they hired to keep up with demand in an industry that has seen month after month of record national sales.

That’s consistent with previous MJBizDaily reporting that found smaller, more nimble producers have been taking significant market share from larger rivals throughout 2020 and 2021.

The four companies that experienced the biggest net gain in employment since the end of 2019 were:

In all, the roughly two dozen businesses that added to their workforces employed 1,697 more people as of their latest employment disclosures, compared with the respective disclosures they made before the pandemic started.

Twenty experienced a net loss in the number of people they employed. Data was not available for two: Choom Holdings and TerrAscend Corp.

According to the regulatory filings, the four companies with the biggest disclosed net job losses after the pandemic started versus before it began were:

Tilray did not immediately respond to a request for comment.

“Like other Canadian businesses, we have applied the funds to support the continued employment of Canadians through our business operations in Canada,” the spokesperson said.

A spokesperson for Canopy said via email that CEWS funds allowed the company to partially offset losses compounded by the COVID-19 pandemic and that the company “has strategically hired approximately 1,000 new team members who are critical to the long-term growth of the business.

“We thank the Federal Government for recognizing the value of the cannabis industry as a source of innovation, economic growth, and job creation for Canadians,” the spokesperson wrote.

Some large, licensed producers shrank their workforces almost as fast as they built them.

“Many cannabis companies can benefit from large cuts – and they truly need them,” said Mitchell Osak, president of Toronto-based Quanta Consulting.

The companies that expanded the quickest had to take aggressive rightsizing measures, which at least partly precipitated their respective market-share declines over the past two years.

No one company currently controls more than 14% of the Canadian market outside Quebec, according to BMO Capital Markets.

“Widespread and rapid layoffs really hurt the morale and engagement of the people remaining,” Osak said.

“This will result in lower productivity and create resource gaps and could increase future turnover/complicate growth as the remaining employees disengage and ‘look to jump from the sinking ship.’

“Fundamentally, it’s hard to shrink and grow at the same time.”

The CEO of Motif Labs, Mario Naric, told MJBizDaily the Ontario-based company has been methodical in its expansion.

“Our methodology to date has really been sales before scale,” he said.

“We designed our licensed (processing) site to be able to scale into a big business, but we started with modest amounts of equipment and people until we can prove out the model.”

Naric suggested that some businesses are resorting to mass layoffs because of a lack of focus or “a shotgun approach of getting into every single category under the sun.”

“Focus permeates through everything we do, from the processes we pursue to the people we employ and how we choose to strategically scale our business,” he said.

“We don’t take any decision lightly, which is why we’ve employed the people we need, right when we needed them, and we’ve kept them through all of COVID and the industrywide layoffs.”

Cash compensation paid to executives at large producers has climbed since the start of the pandemic, including at companies that experienced the largest drops in their workforces, MJBizDaily research found.

For example, Canopy Growth awarded executives retroactive raises in 2020 that, in some cases, were between 30% and 100%, according to regulatory filings.

Tilray awarded CEO Irwin Simon a retroactive raise this year, increasing his annual salary by 30% to CA$2.1 million, according to the latest proxy. That’s the highest salary in the cannabis industry.

The biggest compensation packages in 2020 went to:

In the cases of Neptune and Canopy, a significant portion of the pay was in the form of stock, options and restricted shares, which will only be paid out if the respective businesses see significant reversals in their share prices.

In a statement, a Neptune spokesperson said the business “was grateful to receive this funding which was a vital asset to allow us to continue operations, especially during our transition from a B2B extractor to a diversified CPG company.

“While we do have a cannabis vertical in Canada not all of our businesses fall under that category.”

Regulatory filings show that Tilray’s median worker salary, which does not include the CEO, was CA$18,589 from January to May 2021.

Not all cannabis CEOs saw a windfall, or a potential windfall, during the pandemic.

“I do not believe any of the companies with significant compensation packages have demonstrated the performance required to justify it,” he told MJBizDaily.

“We have cannabis CEOs who have been compensated the equivalent of JPMorgan’s CEO. I think this is something that leaders, board members, compensation committees and executives need to address moving forward, or investors will view the cannabis sector as one that is rifled with self-enrichment.” 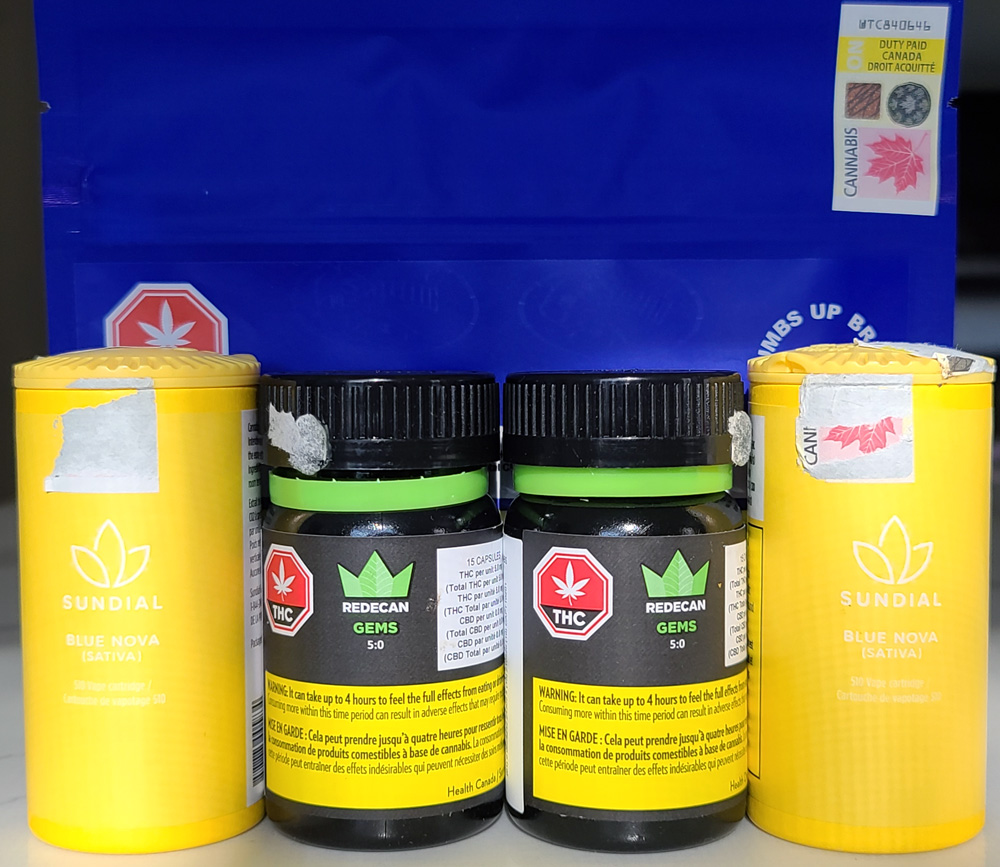