The long-awaited launch of Maine’s recreational marijuana market could be delayed further because of the coronavirus, according to a memo from state regulators.

Earlier this month, a state agency projected that the first adult-use marijuana shops would open in June, three months later than the initial forecast. But now that timetable may be overly optimistic.

ADVERTISEMENT
“Several communities preparing for local authorization and to opt-in for adult use – most notably those that serve as hosts to our prospective marijuana testing facilities – may have to postpone those actions due to the effects of COVID-19 on their communities,” according to the Maine Office of Marijuana Policy (OMP).

The agency went on to say that it “would be abdicating its responsibility as a regulator” if it attempted to launch a program “contrary to the social-distancing guidance” to combat the pandemic.

However, OMP said it would be “business as usual” in terms of licensing new businesses for the state’s adult-use marijuana program.

Regulators awarded conditional licenses to 31 recreational cannabis operations on March 13, “and we expect that additional conditional licenses may be issued by as soon as (March 27),” according to the memo, which was sent to licensed medical marijuana businesses as well as adult-use license applicants.

The state has been trying to launch a recreational program since Maine voters legalized adult-use sales in 2016. 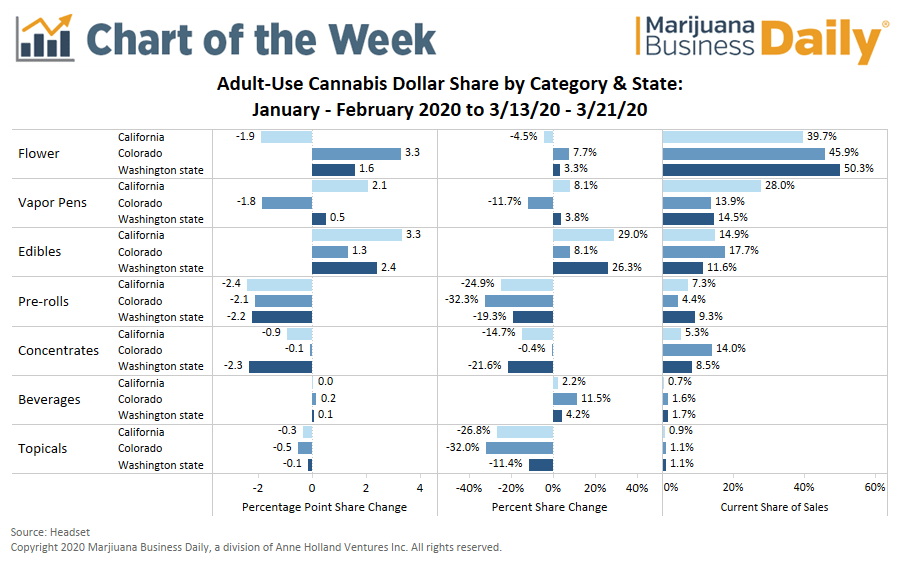