Like other federal agencies during the coronavirus pandemic, the IRS put much of its routine work on the back burner, including audits, enforcement and collections, according to tax professionals.

But since last summer, the federal tax agency appears to have reemerged from its COVID-19 shell.

As a result, cannabis industry tax experts are warning clients of a new wave of audits targeting marijuana companies and their 2019 returns, which could result in additional tax bills for businesses.

“There was a lot of slowdown in the IRS because of COVID in the IRS,” said Rachel Gillette, a Denver tax attorney with the Holland & Hart firm.

“Now, we’re seeing (IRS audits) all over the country, from East Coast to West Coast, and it’s wherever cannabis is legal.”

Gillette said she’s seen a “significant increase” in audit notification letters being sent to marijuana company clients of hers.

She’s also hearing of others – not only in Colorado but also in California, Florida, Michigan and Massachusetts.

“They issued letters to 50 cannabis companies in Denver alone, which is a lot,” Gillette estimated, adding the total number of targeted companies could be more than 100.

The IRS also appears to be broadening its focus to include forms required for cash transactions of $10,000 or more that marijuana companies must file with the agency.

In response, Gillette and other tax experts said, cannabis companies should get their financial statements in order ASAP – especially because the IRS has become adept at finding tax dollars owed by marijuana businesses.

All over the map

The IRS has been targeting the legal marijuana sector for decades, in large part because of Section 280E of the Internal Revenue Code, which bars companies that traffic in controlled substances from claiming standard tax deductions.

Section 280E, in effect, creates a much higher federal tax rate for state-legal marijuana companies than their mainstream counterparts.

Since 2010, the IRS has created at least five special “compliance initiative projects,” which were a series of targeted audits involving cannabis businesses.

Those audits turned up tens of millions in unpaid taxes, which has led experts such as Gillette to believe the agency will continue viewing the industry as a cash cow until Congress acts to change 280E.

Other cannabis tax experts echoed Gillette, citing new audits tied to Form 8300, an IRS requirement for any time $10,000 in cash is part of a business transaction.

“There was definitely a bump in IRS activity,” Unegovsky said, estimating there has been a “threefold” increase in audits compared to previous tax seasons.

“What they were doing was, rather than auditing full returns with expenses … they were auditing things like the cash filings for Form 8300. All of a sudden, I had dozens of phone calls about that,” Unegovsky added.

The fact that the IRS was going after those particular forms, Unegovsky said, is a new approach toward marijuana businesses.

“In prior years, I’ve never had the service audit Form 8300. Not for cannabis,” she said. “So, obviously, that was a huge change.”

After a few months, however, Unegovsky said the activity “tapered off” at the end of 2021.

But it was the fourth quarter of last year when Gillette began hearing about IRS activity ramping up in other parts of the country, as did Dean Guske, a Washington state certified public accountant and managing director of Guske & Co.

“We have north of 500 cannabis clients, and probably for the last four years, we have seen zero audits. Now, we’ve got a handful of them, half a dozen,” Guske said. “So it’s a concerted effort, definitely.”

Guske said clients getting audited are in California, Nevada and Washington state.

Another new twist: He and Gillette both said the IRS is using agents to audit marijuana companies remotely from across state lines instead of in person.

“I’m dealing with a woman in Florida, another in Oklahoma, and they’re just correspondence audits. It’s not like a local agent,” Guske said.

“And we did ask one of them, is this random, or is this just targeting a specific industry? And they’ve been trained up on 280E and the other tax issues that are common to cannabis.”

In the Detroit area, tax attorney Venar Ayar said he’s aware of at least five audit notices that have been sent to retailers who didn’t have permits, also apparently for the 2019 tax season, and which reportedly have not yet joined the newly licensed market.

Ayar said this time around isn’t as big – yet – as in 2017, when the IRS authorized a compliance initiative program for Detroit marijuana companies.

At that point, he said, a Detroit city official gave the IRS a list of every entrepreneur who had applied for a dispensary permit. Many wound up getting audited, Ayar said.

“The list, I know for a fact, was given to the IRS, and they started to work down it,” Ayar said.

But then COVID-19 hit, Ayar added, and the IRS scrapped many of those plans.

So far, the agency hasn’t fully turned its resources to licensed Michigan marijuana businesses, but he believes it’s probably just a matter of time.

“I have yet to see any IRS audits of licensed marijuana businesses, at least for years that they have had licenses,” Ayar said. “I think there’s going to be a lot of them.

“But, so far, it hasn’t really started to pick up steam.”

Asked to comment on the apparent increase in cannabis audits, IRS spokesperson Dean Patterson referred MJBizDaily to a blog post last fall by IRS Commissioner De Lon Harris in which the agency pledged to help marijuana companies comply with their federal tax obligations.

But Gillette said the commissioner’s true message was that the IRS would be ramping up cannabis industry audits.

“The IRS actually announced it, sort of as, ‘Hey, we’re going to help you get into compliance,’ and the way they do that is by auditing,” Gillette said.

Gillette has noticed the same type of “correspondence audits” that Guske noted – in other words, audits conducted by IRS agents located several states away.

The remote audits are quicker than those done in person, meaning the agency is likely trying to increase the total number of audits being performed, she said.

“Most audits I’m seeing now are run out of other states,” Gillette said.

“But they’re not boots on the ground in particular localities. But I will tell you who is: collection agents. They’re still right there, ready to knock on your door if you get a deficiency.”

She attributes this to expanded IRS training of agents involving marijuana audit practices.

Gillette expects that practice will increase as the agency targets more marijuana businesses in the coming months and years.

But Gillette also warned that marijuana businesses might wind up with different outcomes, depending on which auditor they get.

She noted agents have taken different approaches, including toward what can be deducted as “cost of goods sold” – one of the only deductions that marijuana companies are allowed to take.

“Their positions can be wildly inconsistent, from one examiner to another. We’ve seen the training materials. There’s not a lot of consistency,” Gillette warned.

The results she’s been seeing have also varied, Gillette said, from practically no change to a tax return to a finding that a business owes the IRS “tens of millions of dollars.”

“I just don’t think the IRS is going to stop anytime soon,” Gillette said. “Why would they?” 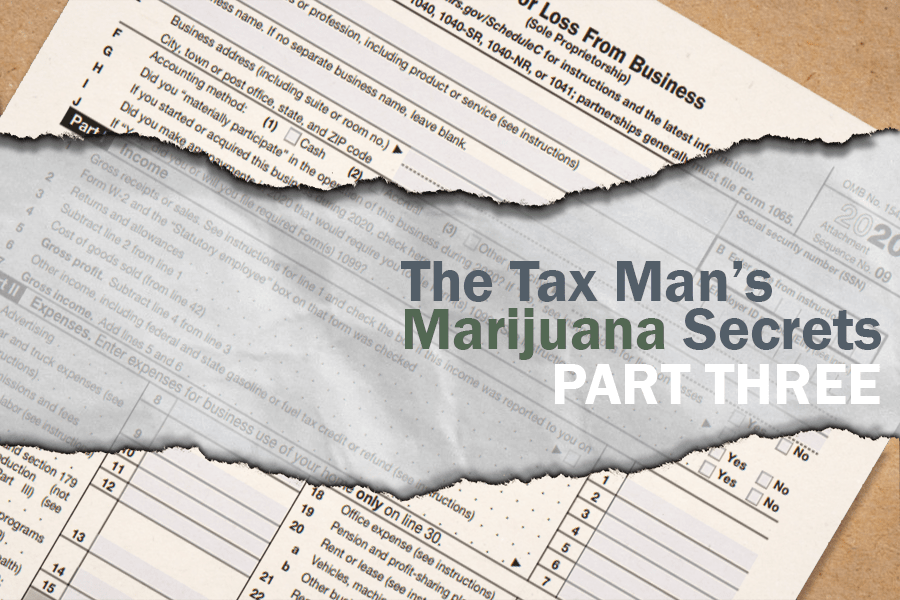