The coronavirus pandemic has scuttled government efforts in Washington state to require pesticide testing for recreational marijuana, dealing a setback to an idea that has been kicked around for several years by local industry officials and regulators.

The pandemic has made it impossible for state lawmakers to conduct public hearings, so the issue has again been tabled until further notice.

Some cannabis companies have taken matters into their own hands, however, and are testing their products – a development that is rare elsewhere in the marijuana industry.

Nearly all states with recreational cannabis programs require some form of pesticide testing, and very few, if any, have self-regulated in this fashion. However, it could be an option for businesses that want to additionally reassure consumers through marketing and labeling about the safety of their products.

ADVERTISEMENT
Others – in particular, smaller cannabis grow operations – might be breathing a sigh of relief that the added cost has not yet been passed down to them.

Under one proposal that’s been floated, pesticide tests would cost $70 and all cannabis would need to be tested, 4 grams at a time for 5-pound lots.

That’s on top of the $120 per test for potency, microbials and mycotoxins currently required by Washington state.

Like other mature adult-use marijuana markets, including Colorado and Oregon, in the past couple of years, Washington state’s cannabis economy became oversupplied and wholesale prices bottomed out, though the market is recovering somewhat.

Therefore, growers in the state aren’t eager to see mandated pesticide testing – not because they don’t want to test for contaminants but because their margins are already very narrow.

“It’s death by a thousand cuts,” said Nick Cihlar, co-owner of Subdued Excitement, a producer-processor based in Ferndale, Washington.

“You keep piling on little costs like this, and it can be the difference between success and failure,” said Cihlar, adding that these tests will disproportionately affect smaller growers with narrower profit margins.

Rather than institute a testing requirement with the cost borne by the growers, Cihlar welcomes the state to conduct random, unannounced inspections and audits of cannabis facilities, similar to how mainstream agriculture is regulated.

As of now, the Washington State Liquor and Cannabis Board has the authority to site-test marijuana operations but, according to several sources, does so rarely, if ever.

In the absence of a statewide testing program, Subdued Excitement pays about $6,000-$7,000 in additional operating expenses to Redmond, Washington-based cannabis testing lab Confidence Analytics to test for pesticides.

When his cannabis passes, Cihlar can label it as “Tested with Confidence” and could command a premium when he sells into the supply chain, though he is skeptical consumers are willing to pay more for it.

“They should be able to come in whenever they want and take from your inventory,” he said. “That’s how you root out the bad actors.”

If that isn’t an option, Taylor said his company would be willing to take the hit for additional testing as “cost is separate as an issue from doing something correctly.”

Ultimately, he doesn’t see pesticide use as a major issue in the state because most of the companies that are concerned with quality are already testing their own marijuana.

Walden Cannabis spends about $1,000-$2,000 a year to have its marijuana, both flower and distillate, tested for pesticides.

But Taylor does believe the proposed 5-pound lot limit is unnecessarily small.

“I don’t have to test every 5 pounds to know if the harvest is contaminated or not,” he added.

The 5-pound lot approach is too simple, said Nick Mosely, CEO of Confidence Analytics. The lots should not be limited, instead the number of samples should be proportional to the size of the lot.

According to Mosely, that’s more in line with other agriculture programs.

Additional costs for growers is usually what stops the conversation about mandatory pesticide testing, and that can be a source of frustration.

When the state does reconvene the public hearing, he admits it “will be challenging because the farmers come with an argument I can sympathize with.”

Mosely isn’t concerned as much about the levels of pesticides in flower, but once plant material goes through the extraction process, the resulting distillate, oil or concentrate can have high amounts of pesticides.

The fan leaves, for example, which is part of the trim that’s used for extraction, can collect pesticides at higher amounts than flower.

The OK Cannabis program is no longer operating.

Through the Tested with Confidence program, Mosely’s lab has found that indeed some cannabis companies were using pesticides above the allowable limits, but generally the roughly 25 brands voluntarily submitting products to his lab weren’t detected to be using any. That’s admittedly a self-selecting pool of submissions.

Lara Kaminsky, the Tested with Confidence program manager, said the difficulty involved figuring out how to mandate testing with the lowest financial impact. But she’d like regulators to start with extracted products.

“Our feeling is that the biggest problem usually shows up in concentrates,” she said. “So it makes sense to start there.” 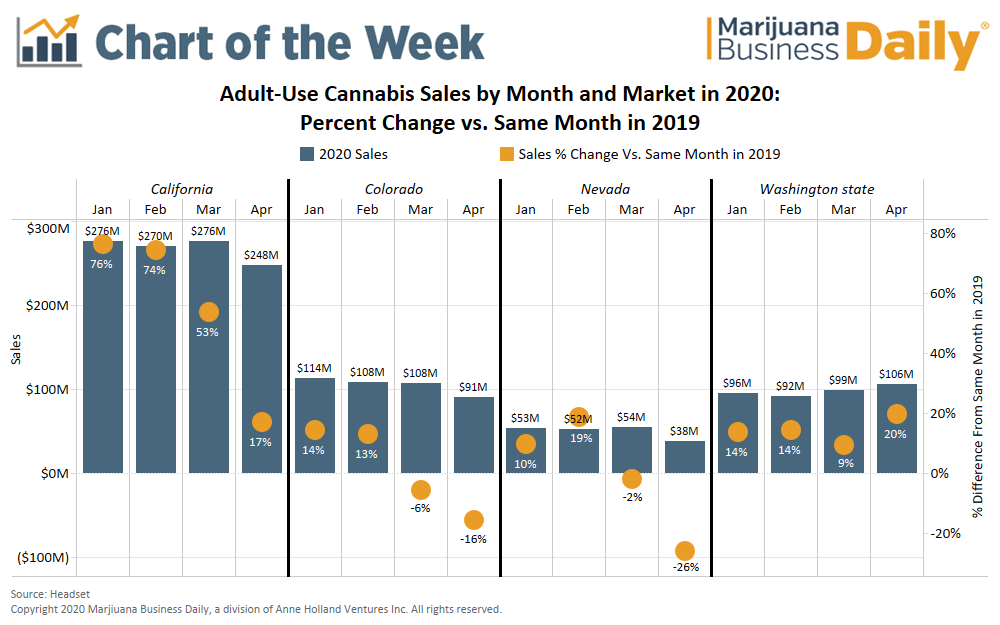 How 4/20 played out for marijuana businesses around the US 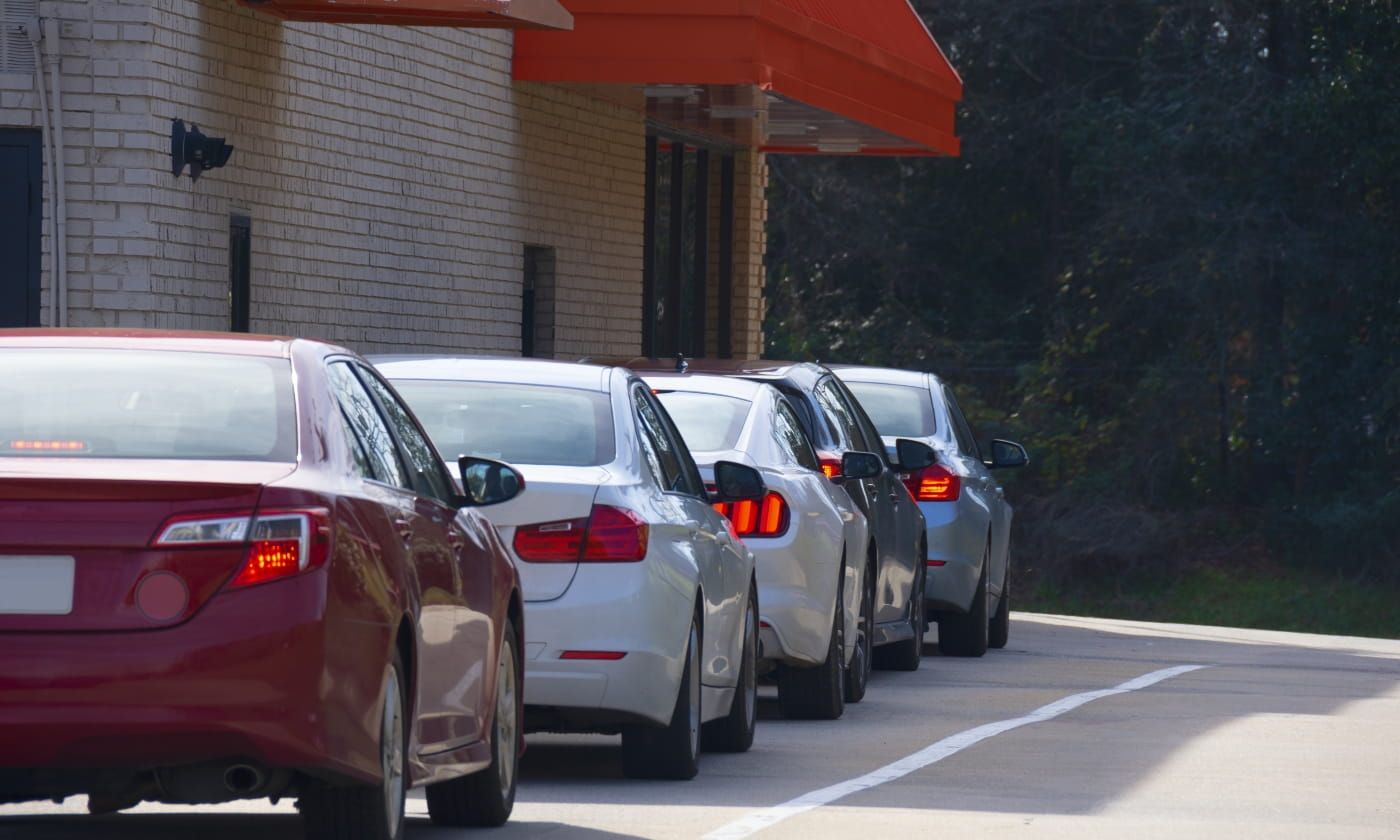 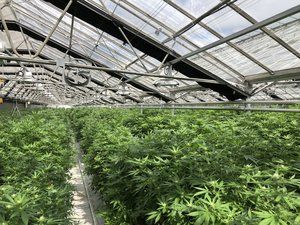