A yearlong ban on all cannabis vaping sales introduced this week by a Los Angeles City Council member has many in the industry fretting over the future and scrambling to head the motion off before it becomes law.

If the city does enact the proposed ban, that could lead to tens of millions – if not hundreds of millions – of dollars in lost sales and useless inventory that’s already in stock, several executives told Marijuana Business Daily on Friday.

It could also spur other municipalities to follow suit.

ADVERTISEMENT
“It could quite possibly represent the death of the regulated industry,” Kenny Morrison, the president of the California Cannabis Manufacturers Association, said of the proposed Los Angeles vaping ban.

Morrison, a longtime edibles maker and CEO of Venice Cookie Co., said a ban by the city council would have enormous ripple effects for the entire legal cannabis supply chain in California, given the size of the market and how important it is to many companies’ bottom lines.

“It will represent such poor judgment that it’ll have a chilling effect that goes far beyond vape companies. I think it will affect all regulated cannabis companies.”

The new motion is part of a nationwide reaction to the vaping illness epidemic that has claimed at least 13 lives and hospitalized more than 800 people in the United States.

There have been mixed signals from the industry on whether the motion – introduced by Los Angeles City Council Member Paul Krekorian – will receive enough support from other council members to become law.

The move follows a vote by the Los Angeles Board of County Supervisors to ban flavored e-cigarettes in unincorporated parts of the county, and a call by City Attorney Mike Feuer for the city of Los Angeles to do the same.

The industry already is organizing to shoot down Krekorian’s proposed ban.

“Krekorian loves to jump out there with these frivolous bills,” Grant said, suggesting (like Kiloh) that the council member is standing alone on the issue.

But the idea has at least some support on the council, said Adam Spiker, the executive director of the Southern California Coalition, a cannabis trade group that Grant also co-founded.

“The city council in L.A. sees a problem, and they see Massachusetts do a ban, they see (the California Department of Health) recommend not (vaping). … It’s a bit knee-jerk, but it’s also pretty logical” from the political standpoint of elected officials, Spiker said.

The timing on when such a ban may occur is unclear.

The motion itself is pending before a council committee, but Spiker said the council could easily convene an emergency hearing and push the ban through quickly if it wants.

“I don’t know what the mayor’s position is on it, so we’re all just speculating here. The clock was started with the Krekorian motion, but the next clock is how quickly the city attorney drafts something,” Spiker said.

“They could turn it around pretty quick, but I bet something like this is going to take a couple weeks.”

If the city of Los Angeles enacts Krekorian’s proposal, that will lead to an immense financial hit for the overall legal industry, several MJ business executives said, and it would almost certainly bankrupt many vaping companies.

“I think it’s probably the most counterproductive thing this council could do, because … banning legal, regulated vapes would give a huge boost to the black market.”

UCBA’s Kiloh, who also owns Los Angeles retailer The Higher Path, estimated disposable vape cartridges and pens make up about 35%-40% of all marijuana product sales in the city, and noted that vaping is immensely popular with tourists.

“When you take 35%-40% of our revenue away, I don’t know if it’s going to transfer to flower or other products,” Kiloh said.

“You ban that, and if that’s currently 30%-40% of the market … that’s hundreds of millions of dollars in losses.”

Kiloh also warned that if the city passes Krekorian’s ban, then other local governments in California may follow suit.

“This could be an extinction event, and it could really cripple the industry as a whole,” Kiloh said.

Grant said that across his three Los Angeles shops, vape sales make up nearly 60% of his total sales.

“As a brand, California Cannabis, that would be devastating to the investment I just made in my disposable vapes, which is a huge part of the cannabis industry,” Grant said.

If the ban is passed into law, Grant said he has no doubt that plenty of companies will be driven out of business, because there are quite a few that have been established to both target the Los Angeles market directly and only manufacture vape cartridges and pens.

“That would be the death of that business, because that’s the only thing they sell, period,” Grant said.

“L.A. alone is like half the market in California,” Pitts said.

“There are people who set their sights on selling to the L.A. market. So people are going to go out of business.”

Uruguay’s hemp exports could start next year: Q&A with Sergio Vazquez of the agriculture ministry 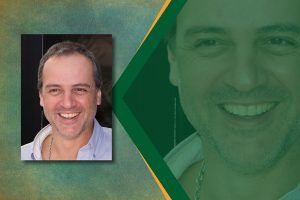