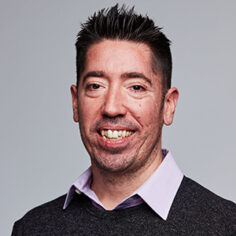 Mother Earth Wellness in Pawtucket is one of five medical marijuana dispensaries in Rhode Island preparing to transition to adult-use sales on Thursday. (Photo courtesy of Joe Pakuris)

Rhode Island’s long-awaited shift to adult-use cannabis sales finally arrives Thursday in the nation’s tiniest state, a market that is expected to generate $300 million in sales within a few years.

It also precedes neighboring Connecticut, which aimed to open its market by year’s end. That timeline, however, was likely kicked into 2023 because of regulatory-related delays and setbacks.

Rhode Island’s quick rollout – lawmakers approved recreational sales only six months ago – has presented some technical challenges but also some budding opportunities for dispensaries and suppliers to recapture business lost for years to neighboring Massachusetts.

In another deviation from the norm, the vast majority of Rhode Island’s municipalities authorized adult-use retail before the launch of sales.

Despite the opt-ins, the nation’s smallest state by landmass will roll out adult-use sales with only five licensed retailers.

They paid a premium to expand their customer base beyond medical marijuana patients.

The five recently approved businesses were:

“We’re very excited for recreational to open up. We think it’s going to be huge,” said Joe Pakuris, co-owner of Mother Earth Wellness, which opened its doors as a medical marijuana dispensary Nov. 18.

Rhode Island’s adult-use sales are expected to total $80 million within the first year and $300 million by the fourth year, according to MJBizDaily projections.

The market will open with 33 of the state’s 39 municipalities opting in, or nearly 85%.

It represents one of the highest, if not the highest, percentage of opt-ins by municipalities among any recreational market, according to MJBizDaily research.

By contrast, in California, the nation’s largest market, only about 40% of cities and counties are opting in for adult-use sales – and that’s one of the reasons the state’s underground market has thrived after legalization.

Voters in 31 Rhode Island municipalities earlier this month weighed in on legalization through ballot measures.

Cities that had already approved medical cannabis – including some of the state’s most populated, Cranston, Pawtucket, Providence and Warwick – were barred from opting out, a distinction that’s quite different than other marijuana markets.

The state will allow up to 33 adult-use stores, which must pay a 3% local tax on recreational cannabis sales and a 10% retail excise tax.

Cities that ban sales are not eligible for cannabis-generating tax funds.

On one hand, the state was among the first to establish a medical market with the introduction of so-called compassion centers in 2009, a system largely unchanged until recently.

The Legislature first approved the use of medical marijuana in 2006 but didn’t vote on adult-use sales until 16 years later, when the House and Senate overwhelmingly approved a law change in May.

That solidified Rhode Island as the 19th state to legalize recreational marijuana, ending one of the last holdouts in New England.

New Hampshire is now the last outlier in the region.

That greenlight gave regulators and operators a relatively short window to implement Metrc, a seed-to-sale tracking software utilized in dozens of cannabis markets across the country.

Aura had only six to weeks to integrate the software and update its inventory as regulators worked out technical glitches and bugs.

“It is one of our concerns being that it’s such a complex integration systematically,” Aura operations manager Andrew Croan said.

“Between them all, we should have enough product,” Croan said.

“It might get a little bony after the first three months here with the cycle of the plant, but I don’t think our shelves will be dry.”

Mother Earth features flower strains from more than 30 cultivators and operates a 10,000-square-foot cultivation center at its vertically integrated headquarters minutes from the Massachusetts state line.

“Cultivators have all been waiting for recreational to come on board,” Pakuris said. “This has just given time for everybody to refine what they do and get better.”

Rhode Island residents and visitors have been purchasing adult-use cannabis products at nearby MJ retailers in Massachusetts for four years.

“We’re anticipating to actually get back 50% of the people that are going to Massachusetts once they see the great product offering here in Rhode Island,” he said.

Aura – located in Central Falls, the state’s smallest city at just over 1 square mile – sees only about 25 transactions per day. Two other marijuana retailers are within four miles, one in Rhode Island and one in Massachusetts.

“That is way lower than we anticipated,” Croan said. “The increased foot traffic is what we’re excited for most.”

Rhode Island had 16,552 active medical patient registrations through June 30 – the end of its fiscal year – although that number could be misleading.

Under its medical program, out-of-state patients could purchase marijuana with another state identification card or license.

That allowance, now prohibited under the adult-use program, likely inflated the number of actual patients who purchased cannabis regularly through compassion centers.

Meanwhile, nearby retailers in Massachusetts routinely log a few hundred daily transactions, according to Eric Robichaud, who runs an accessories business that sells smoking devices, grinders, rolling papers and other products to hundreds of stores nationwide, with a concentration in the Bay State.

“We can be in all these smoke shops and do a certain level of business, but the foot traffic in dispensaries is just a whole other level,” said Robichaud, CEO of Green Goddess Supply in Hopedale.

“Going full rec is going to drive the traffic. Like an entire order of magnitude.”

Croan expects a festive atmosphere and celebrations throughout the state Thursday.

Aura is bringing in food trucks and live music to help entertain visitors on an expected busy day at the counter.

Weather should accommodate as well with temperatures expected in the low 40s.

“This has been a long time coming for Rhode Island,” Croan said.

“I hope everyone’s just as super stoked as we are.”