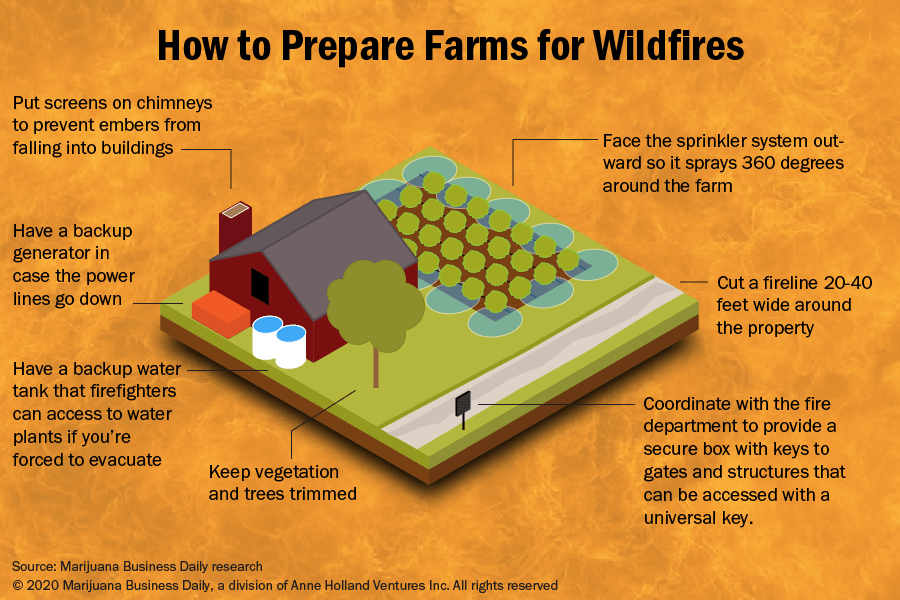 As outdoor cannabis growers contend with wildfires ravaging the western United States, the need for preventative steps is even more important now that fire season starts earlier and ends later.

This year’s fires have torched roughly 6 million acres. They have destroyed cannabis farms and damaged crops, irrigation systems and facilities in California, Oregon and Washington state.

Cannabis growers don’t have the same insurance protections as mainstream agriculture businesses, so they often must take matters into their own hands to save their livelihoods.

Any cannabis grower in a wooded area should be taking these measures, as climate change and extreme weather patterns continue to cause adverse conditions, said Jesse Peters, a Portland, Oregon-based cannabis grower and firefighter in the metro area.

“The climate’s getting more and more arid, and it’s hotter and hotter,” he added. “Fires like this are going to become more commonplace.”

Terry Taylor, a former firefighter and CEO and owner of Okanogan Gold, an outdoor cannabis cultivation operation near Brewster, Washington, experienced a wildfire blaze through his property in early September.

He could see the fire headed toward his operation from dozens of miles away, and with the wind conditions pushing the flames directly toward his farm, Taylor and his employees took action.

To prevent the flames from reaching his farm, Taylor used a box blade on the back of a tractor to scrape away flammable vegetation. Taylor made several such fire lines around his property.

“Whatever you can use to get down to mineral soil,” he said.

Peters advised cutting the line down to raw dirt every year and making it up to 40 feet wide to help stop incoming flames.

Julia Jacobson, CEO of Aster Farms in Upper Lake, California, recommends pouring a moat of gravel around the exterior of the farm to provide a fire defense.

In 2018, Jacobson’s cultivation operation was destroyed by the Mendocino Complex Fire, which burned for more than three months.

In hindsight, she wishes her business had cleared away as much of the straw mulch from the plants as possible. Jacobson also recommends keeping native grasses trimmed, noting they are “like gasoline” when ignited.

Those grass fires are a common way for flames to spread to trees and structures, especially when the wind is blowing.

Pruning limbs high up on the trunk will keep trees from succumbing to the fire and spreading it, Peters said.

Marc Geen, founder of vertically integrated cannabis operation SpeakEasy, which operates an outdoor cannabis farm near Rock Creek, British Columbia in the Okanagan Valley, said his operation had a fire blow through the region in 2015.

“It caught us all by surprise,” he said. “You really learn how ill-prepared you are when something like that happens.”

Geen made some adjustments, including training his workers on how to fight grass fires. His employees also began carrying boots, shovels and a tank of water in vehicles from spring through fall to put out smaller fires when they start.

Taylor agreed. His workers have access to tools that are necessary for firefighting, including shovels, hoes and Pulaski axes, and they know how to use them.

4. Use the sprinkler system

But having a sprinkler system is better in the event of a fire because it can be moved to defend the property.

Peters recommends facing sprinklers outward to water the perimeter of the facility. He also suggests putting sprinklers into the roofs of structures to keep the shingles moist.

Jacobson’s operation includes a 5,000-gallon water tank with a firehose outlet to allow firefighters to hook up to the company’s water and save the property and plants.

During a storm, utility companies often cut the electricity to the power grid to prevent powerlines from sparking in the wind by smacking together.

If the blaze knocks out the electrical system or the electricity is shut off, it’s necessary for a farm to have a backup power source to keep automated systems running, particularly if the property owners must leave.

With a generator and an automated system, Peters said, the owners can run the operation from an iPad or computer to fill up the reservoirs. That way the plants can at least be watered, he said.

Oliver advises any grower new to an area to contact the local fire department. The department will often do a fire-safety consultation at the grow site and advise on ways to improve fire safety at the facility.

In Lake County, Jacobson uses a lock box that contains keys to all the farm’s structures and gates. Only the local firehouse has the key to open the box.

“That way, if and when they need to come save your facility … they can use the universal key to save your animals and buildings,” she said.

Jacobson also recommends other tips such as screening off chimneys to prevent falling embers from landing in the house, watering everything as much as possible before evacuating and keeping water tanks as full as possible.

“You’re going to kick yourself if you don’t do everything you can do,” she said. 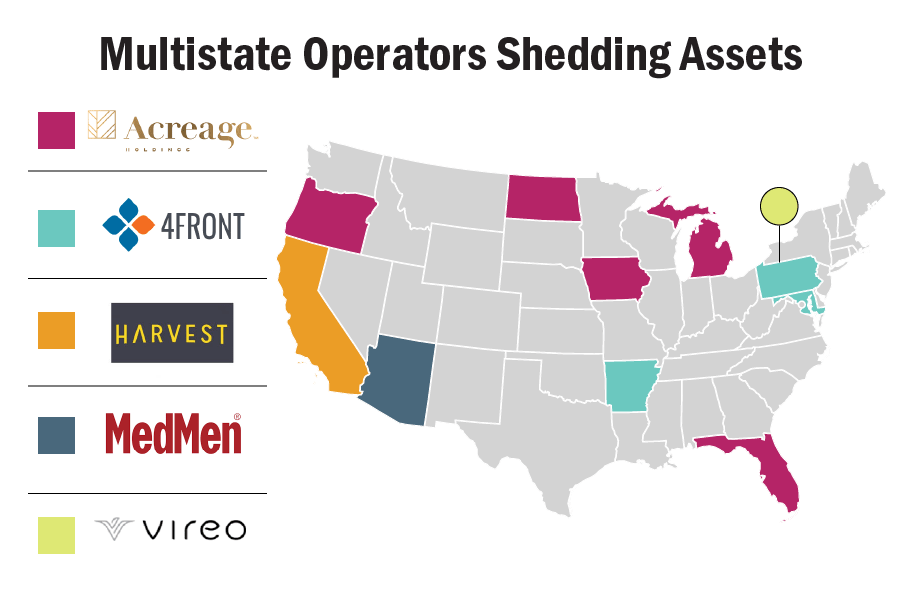 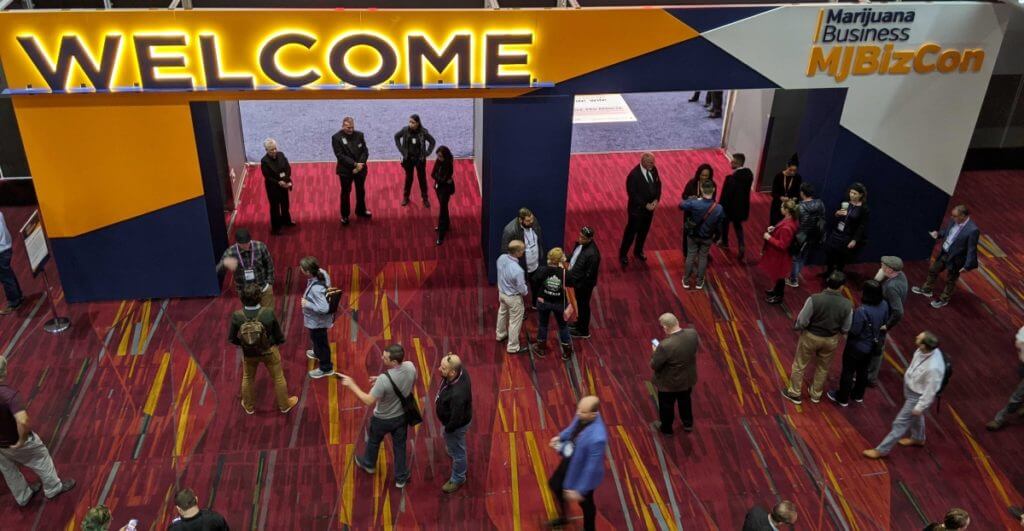