A view of an Oregon wildfire from East Fork Cultivars' farm in Takilma. (Photo courtesy of Nathan Howard)

Devastating wildfires up and down the West Coast of the United States this week reportedly burned down a number of cannabis farms in Oregon and threatened even more in California and Washington state.

The situation has many marijuana farmers voicing concerns this is part of a “new normal” in which they’ll have to adapt their business models because of recurring wildfires on a nearly annual basis, especially in California.

“We’ve already broken the record for most acres burned in history, and we haven’t even gotten to the worst part of the season. So I think this is the new norm. Fires are just a way of life at this point,” said David Najera, a marijuana cultivation consultant and farmer in Mendocino County, California.

Scientists, for their part, say climate change plays a role in the extreme weather patterns, including the West Coast fires and the huge temperature swing that unleashed snowfall and a sudden cold snap in Colorado that may have destroyed millions of dollars worth of outdoor marijuana and hemp plants.

ADVERTISEMENT
On the West Coast, cannabis industry insiders say the true toll of the fires is undetermined, both on the financial end for growers and potential impacts for the rest of the cannabis supply chain.

That’s in part because fire season is ongoing and most outdoor farmers have yet to discover whether their crops will still be able to pass mandated state testing as a result of potential contamination from smoke, ash, fire retardant, among others.

In southwestern Oregon, East Fork Cultivars President and co-founder Nathan Howard said that wildfires had already consumed many neighboring farms as of Wednesday.

“A lot of farms are completely destroyed. A lot of our friends have lost everything down there,” Howard said, adding that he wasn’t sure yet if Takilma-based East Fork Cultivars had burned down or escaped the flames.

“We’re all evacuated. My brother and I are going to take some vans … to try to go to the farm tonight or early tomorrow to salvage the genetics we’ve been working on for five years.”

The Oregonian reported that roughly 20% of the state’s licensed marijuana companies, or 408 businesses, are located in areas that are being evacuated because of the fires. That includes East Fork Cultivars, which was evacuated Wednesday morning, Howard said.

Howard added that southern Oregon, along with Northern California, has for generations produced most of the marijuana in the U.S. and is known in many circles as the “breadbasket” of cannabis consumers.

“The breadbasket of cannabis … is all on fire,” he said, referring to more wildfires having sprung up in both states.

Reiman said she knows a lot of farmers that have either been ordered to evacuate or are ready to go at a moment’s notice as concerns abound for both farms and their crops.

“The fire made a run northwest,” Reiman said. “That portion of Humboldt, Mendocino and Trinity … has been evacuated.”

She noted that the city of Garberville – one of the cannabis commercial hubs in Humboldt County – is also under an evacuation warning and that a host of marijuana farms in Northern California are “definitely threatened.”

“We absolutely could see some damage from fire to farms in that Humboldt-Trinity-Mendocino point area where the three counties come together,” Reiman said, referring to the potential for winds to shift in the wrong direction before the fires are contained.

That’s led a lot of farmers to harvest their crops early, which has in turn led to concerns over microbial contamination stemming from quick but flawed storage techniques.

But that’s a problem that can’t really be avoided at the moment, she said.

In central Washington state, Greenlink International’s campus in the central part of the state – home to six licensed marijuana cultivators and manufacturers – was nearly burned to the ground early this week after winds sparked a dust storm and helped nearby wildfires grow even larger.

On Monday, CEO Jake George said, one of his staffers interrupted a routine conference work call to say, “Hey, I’ve got to go, I’ve got a 30-foot wall of flame that looks like it’s coming toward the farm.”

“It burned right up to our property line, on the north and the west side, and then the wind turned and it pushed it out away from us,” George said. “It looked like everything was going to get gobbled up. … We really lucked out.”

Just because the fires haven’t hit George’s farms or others near where the wildfires have been burning, doesn’t mean they won’t be affected by the disasters, however.

George noted that several of the growers on Greenlink’s campus have likely lost a good chunk of their crops, perhaps 20%-40%, stemming from contamination from the dust storm or from having simply been uprooted by the fierce winds.

And those crops that weren’t already lost might now be in danger because of power outages. There are some light- deprivation growers that rely heavily on electric lights to complete their flowering before they can harvest.

That could also be a problem for some who rely on electric trimming machines or other equipment, he said.

“If we’re without power for a few weeks, that’s my big concern,” George said.

East Fork Cultivar’s Howard said he believes the ongoing fires could also drive many small farmers out of the industry altogether, resulting in further consolidation on the production side of the marijuana business.

“Even if we aren’t burned down, there will be real effects that continue to ripple through the industry and continue to exacerbate the worst trends around consolidation of wealth, licenses and who’s able to participate in the market,” Howard said.

The recurring wildfire dangers are also becoming something of a “new normal,” Howard and others agreed, which means marijuana farmers on the West Coast might have to start factoring in these dangers on an annual basis.

“You’ve got to do a lot of fire prevention. We’re looking at bringing in livestock to keep all our weeds down and all the brush. You should have weekly fire safety meetings,” Najera said. “A lot of people just aren’t prepared. You should have a 5-10-minute drill where you can evacuate at a moment’s notice.”

Reiman echoed Najera’s point and said that all West Coast marijuana farmers need to take into account the dangers of wildfires.

“This may be a great place to grow cannabis … but there’s also a very real chance that you will have to deal with fires on a regular basis,” Reiman said. “Fires are a big business liability, and the cannabis business is a very tough business to be in.” 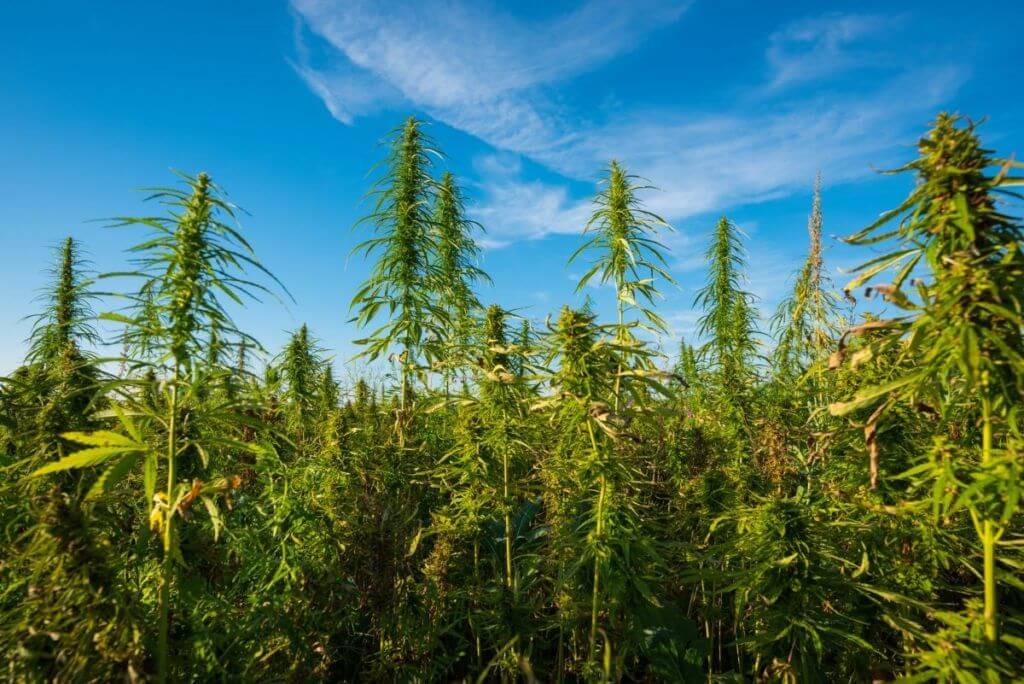