(Editor’s note: This story is part of a recurring series of commentaries from professionals connected to the cannabis industry. Julie A. Werner-Simon is law professor adjunct at Drexel University’s School of Law, a legal analyst for the “Cannabis as an Emerging Business” class at Drexel’s LeBow School of Business and a former federal prosecutor. This is the first installment of a three-part series.) 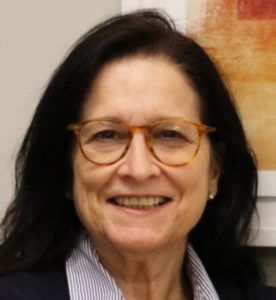 In America, well over nine out of 10 inhabitants live in a place where marijuana is legal to some degree.

While marijuana use has been federally illegal for over 50 years, 328 million of America’s total of 335 million residents (including those in the District of Columbia and four of America’s inhabited territories, specifically the U.S. Virgin Islands, Puerto Rico, the Northern Mariana Islands and Guam) have adopted at least one of three degrees of legalization.

There are first-degree states (and territories), that is, those which have adult-use cannabis programs, have established adult-use implementation dates or passed legislation to legalize adult use.

Then there are those in the second degree, meaning places that have legalized, implemented or established implementation dates for medical marijuana programs that provide broad patient access to cannabis for the treatment of multiple medical conditions.

Almost all states start out with medical-use programs and then, after a period of years, progress into coexisting first-degree adult-use programs.

Second-degree programs vary enormously, but as a general rule, second-degree medical marijuana states and territories permit patients, at a minimum, to possess and smoke medical cannabis.

There are currently 36 states – plus DC and the U.S. territories of Guam, Puerto Rico and the U.S. Virgin Islands – in the second degree.

This is more than double the number that have also adopted adult-use regimes.

There are two exceptions to the American practice of starting as a second-degree state before attaining first-degree status:

There are also third-degree states, which comprise an even smaller number of places, specifically states (no U.S. territories have this status) with severely limited access (SLA) to medical marijuana products.

Third-degree places over a period of years acclimate to having restricted programs (with some even referring to their SLAs as “medical marijuana” programs).

Then, either by voter initiative or legislation, SLAs toss the cocoon of third-degree status, metamorphizing into second-degree medical-use programs.

For example, states such as Florida, Missouri and Oklahoma have moved from SLA status to fully functioning, second-degree medical marijuana states.

However, in March 2021, Republican state lawmakers in Florida advanced legislation to revert to SLA status, calling for a severe reduction in the amount of THC permitted in Florida’s medical marijuana.

According to the Miami Herald, legislators there claim that marijuana “abuse” by “doctors and patients” (who “are taking advantage of [Florida’s second-degree] medical program to … get rich and get high”) will lead to a marijuana addiction crisis. Florida, as of press time, remains a second-degree state.

In contrast, Iowa, a third-degree state, is inching toward but has not yet embraced second-degree status.

One indication of movement occurred in June 2020, when Iowa’s governor ended a low-THC restriction for the state’s SLA “patients” but then, hand-in-hand, imposed a quantity restriction (4.5-grams over 90 days) for Iowans in its program.

The SLA third-degree states of Texas and Georgia are among those that permit the treatment of medical conditions with low-THC marijuana and are also expanding the patient populations covered by their SLAs, readying them for a future second-degree status.

Other SLA states described in the National Conference of State Legislatures database have, among other varying characteristics, a university research component such as Alabama, which permits low-THC research on only one of the University of Alabama campuses.

And Georgia, in 2015, passed a law to permit the state’s university system to study, under limited conditions, the efficacy of low-THC oil on end-stage cancer, seizure disorders and other intractable illnesses.

All the SLA states secured their status through legislation, with several from bills named after people who suffered from intractable medical conditions.

For example, South Carolina’s 2014 SLA program is called “Julian’s law” and is named for a brain-damaged infant born in the state who developed epilepsy at age 2 and then moved with his family to Colorado, a legal state, for medical marijuana treatment.

Although South Carolina refers to its SLA participants as “medical marijuana patients,” the state permits only circumscribed use by people with “uncontrolled epilepsy,” which is defined by legislation as that which has not responded to traditional medication.

South Carolina’s patients, like others in similar SLAs, are permitted access only to low-THC cannabis in oil form.

North Carolina also permits the use of some cannabis products to treat all forms of epilepsy.

So too in Indiana, which, under a 2017 law, authorizes low-THC products to be used to treat epilepsy.

Texas also passed limited access legislation in both 2015 and 2019.

In sum, more than 120 million people live in a first-degree U.S. state, territory or the District of Columbia, and 117 million reside in places that are exclusively second-degree medical-use regimes. Another 89 million comprise the third-degree, severely limited-access states, for a total of more than 328 million people who live in a state or territory where marijuana is legal to some degree.

(Watch this space for the second installment of Werner-Simon’s breakdown of marijuana legalization across the U.S. The next installment will detail where in the U.S. marijuana is still entirely illegal.)

Julie A. Werner-Simon is a legal analyst for the “Cannabis as an Emerging Business” class at Drexel’s LeBow School of Business. She can be reached at controlledsubstancesact@gmail.com.