A recreational marijuana legalization ballot measure in Arizona got the final go-ahead, while a medical cannabis legalization initiative in Nebraska is fighting to keep its place on the November ballot.

MJBizDaily takeaway: It’s shaping up to be a six-state legalization race in November, with Arizona, Mississippi, Montana, Nebraska, New Jersey, and South Dakota all voting on some degree of MJ legalization, whether medical or adult use.

But victory is far from certain in many of these states, and Arizona is clear evidence of that – recreational legalization failed in 2016 by less than 3%.

ADVERTISEMENT
If those in the marijuana industry want to ensure success at the ballot box, they should get more directly involved with the campaigns.

A bill in the U.S. House of Representatives that would remove marijuana from the list of federally controlled substances is now expected to come up for a September floor vote, the first time in modern history that such a vote will be held.

Congress has been incrementally moving toward major federal marijuana reform for years, with baby steps being taken nearly every year for more than a decade now.

The sad part is the upcoming vote might be in vain, at least for 2020, since such a measure is likely dead on arrival in the Republican-controlled Senate.

But if the Democrats retake the upper chamber in November, this could signify that cannabis might get serious attention in 2021.

It’s reason to hope. It’s also reason for cannabis companies to begin thinking about how federal reform could change the industry landscape for them.

MJBizDaily takeaway: Florida, like other states, has been dragged kicking and screaming into a full-fledged modern medical cannabis market.

But now that edible sales is permitted, the business benefits will likely be enormous, and MMJ sales this year could near $1 billion, according to projections from the 2020 Marijuana Business Factbook.

And edibles will only add to that bottom line.

Pennsylvania Gov. Tom Wolf again threw his political heft behind the cause of adult-use legalization, in part to help bolster state tax revenues, which have fallen because of the coronavirus-induced recession.

MJBizDaily takeaway: It underscores how more and more politicians are beginning to accept they should make the most of cannabis legalization by taking advantage of the economic benefits the industry brings with it in the form of jobs and taxes – as well as the ripple effects that come with a new and popular industry.

U.S. Sen. Kamala Harris, now the Democratic vice presidential candidate, is another example of a convert to the marijuana legalization cause.

Businesses with sights set on overseas opportunities might soon have some help.

The Canadian Chamber of Commerce and the American Trade Association for Cannabis and Hemp (ATACH) will support businesses on both sides of the border.

The groups will assist with market entry initiatives in the United States and Canada as well as coordinated advocacy and representation in international trade organizations, among other things.

MJBizDaily Takeaway: Business standardization in North American marketplaces can only help the industry at large. As for global expansion, businesses should examine very closely whether it is in their best interest, because quite often it is not.

California lawmakers released 66 pages of proposed hemp industry rules, which, if adopted, could mean a new beginning for marijuana’s low-THC cousin. But it’s still unclear if the proposal will become law or not.

MJBizDaily takeaway: Though many hemp farmers – as well as others in the California cannabis market – are unhappy with the development and say the proposed rules are too onerous, the regulatory push has been a long time coming.

And it’s hard to see how California lawmakers could justify giving hemp companies an easier time than they do marijuana businesses, which is exactly what legislators would be doing if they didn’t approve either this set of rules or something similar.

The purchase will solidify the multistate operator as one of the biggest marijuana businesses in the country, with the company controlling an eye-popping 95 facilities.

MJBizDaily takeaway: The deal is a sign of things to come in the cannabis industry.

Columbia Care’s industry footprint – and those of several competitors – has increased in recent years, and it means the age of the MSO is truly upon the cannabis sector.

And while some observers’ eyebrows might arch at the fact that the acquisition is an all-stock deal, Columbia Care is one of several MSOs whose stock price has been trending upward in recent months.

MJBizDaily takeaway: All point to a general upward trajectory for the U.S. marijuana industry, despite a major downturn in 2019 and widespread financial troubles at the start of 2020.

That’s underscored by acquisitions such as Columbia Care’s purchase of The Green Solution as well as acquisition deals brokered by Ascend Wellness in Illinois and the fact that Green Thumb is broadcasting its plans for further expansion and acquisitions.

A new study confirmed what many in the legal marijuana industry already believed: That the vaping crisis of 2019 was much more prevalent in states without legal and lab-tested adult-use cannabis than in those with regulated products.

MJBizDaily takeaway: This will and should be a supporting argument for further legalization efforts because it proves that regulated and carefully overseen MJ products are much safer than those found in the underground market.

The study also builds upon another trend that many in the industry also knew: Vaping products are immensely popular and, therefore, are here to stay.

Sales of vaping products in four key MJ markets have solidly withstood the negative publicity from the vaping illness crisis since early 2020, for instance.

And now that the vape crisis is out of the headlines those products will likely only continue to garner more market share. 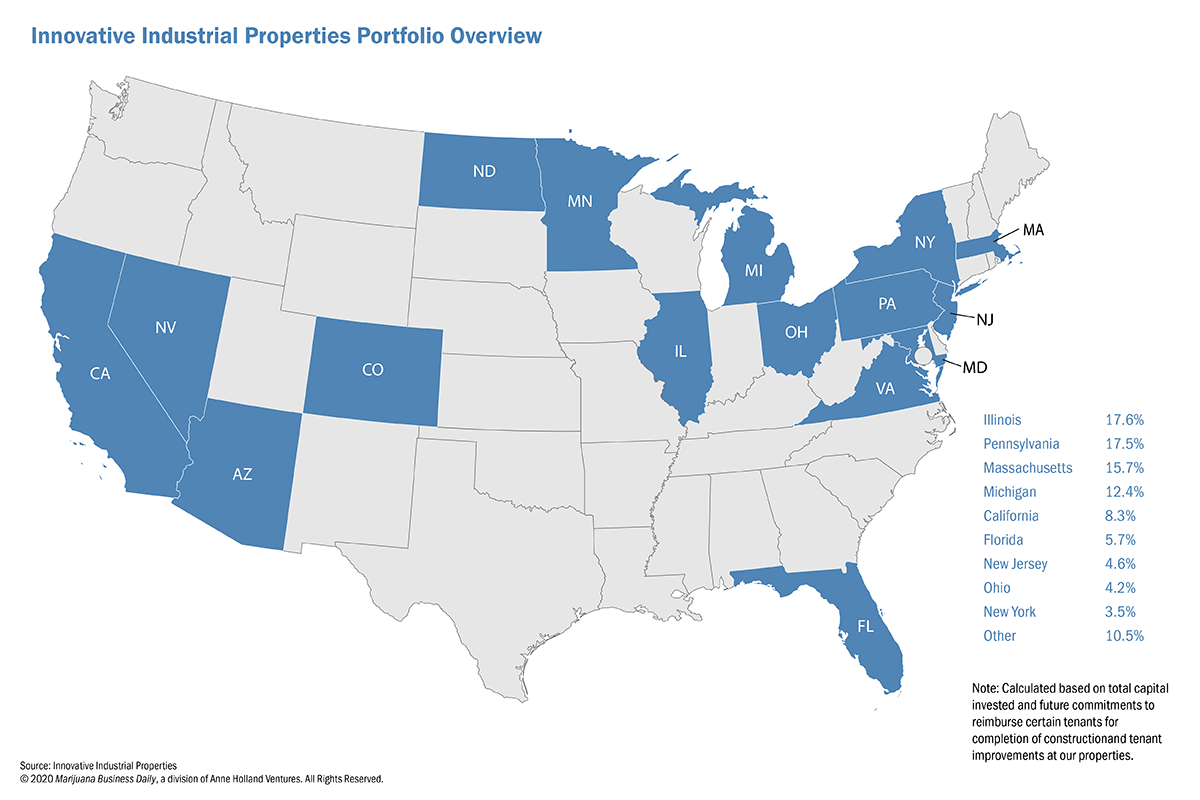