Wholesale prices of medical and recreational cannabis fell precipitously in Colorado last year, highlighting the difficulties faced by cultivators looking to maintain their profit margins in one of the nation’s most mature marijuana markets.

The average asking price for a pound of marijuana dropped by 38% in the recreational market and 24% in the medical market in 2016, according to data provided by Cannabase, a Colorado-based online wholesale platform where many of the state’s growers and retailers buy and sell cannabis.

Medical cannabis eclipsed recreational marijuana last year in terms of average wholesale prices and even saw some month-over-month spikes along the way. But average asking prices for medical cannabis ended the year on a sharply negative trend.

On the recreational side, asking prices largely dipped throughout 2016.

ADVERTISEMENT
Although the numbers signify how much companies asked to pay for wholesale marijuana as opposed to what they actually ended up shelling out, the data provides a window into where the Colorado wholesale market stands in general. Cannabase claims that roughly 70% of all licensed cannabis businesses in the state – cultivators, retailers, edibles makers, etc. – do business through its site, giving it a broad reach in the industry.

The falling wholesale prices are telling of the increasingly competitive nature in the cultivation segment of Colorado’s marijuana industry as new players rush in. They also give growers in newer markets an idea of what might happen in the long run as their industries mature.

According to data from the Colorado Department of Revenue, there were 514 licensed cultivators in the recreational market in January 2016, but by December, that number shot up to 625, a 22% increase.

The number of cultivators in the medical market also increased in 2016, but by a relatively modest 5.3%, hitting 791 in December versus 751 in January.

Erik Romero, director of data and finance at Cannabase, said the influx of new entrants to the market is not the only factor driving wholesale cannabis prices lower.

“We’ve been seeing a lot of cultivators who are opting for more commercial-scale operations, and traditional agricultural methods are beginning to permeate the industry, which leads to players coming in that can yield an abundant amount of consistent, high-quality product,” he said.

Some of the price dips seen in the latter part of the year can be chalked up to the cyclical nature of the outdoor market – large amounts of flower are typically harvested and brought to market starting in September.

But Romero suggests the ensuing recovery has not been nearly as robust since these larger, more sophisticated commercial-scale operations came online.

Romero doesn’t know if this necessarily means cultivators will start going out of business, but they are seeing more and more consolidation in the market as smaller operators have a tough time competing with larger companies that hold multiple licenses.

“Previously, turning a profit was almost a given,” Romero said, “but not so much anymore.”

Trump, Sessions + the future of the cannabis industry: Q&A with Steph Sherer 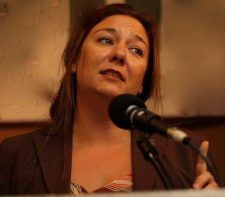