As Massachusetts lawmakers debate a compromise to the adult-use marijuana law voters passed last November, industry observers are concerned the proposed bill – and a potential doubling of the tax rate on recreational cannabis – may weaken consumer demand for legal MJ and in turn bolster the state’s black market.

ADVERTISEMENT
But data from existing adult-use states suggests such fears may be overblown. Moreover, it appears a tax increase would actually align Massachusetts with other U.S. adult-use markets.

Marijuana Business Daily conducted an analysis of Massachusetts’ effective tax rate, including all applicable wholesale, excise and state-level sales tariffs that consumers would pay for an eighth of an ounce of recreational marijuana costing $30.

The review shows that the original voter-backed ballot initiative’s 10% tax on adult-use cannabis in Massachusetts would match Maine for the lowest rate among all eight states with legal adult-use industries. (Note: The ballot initiative also allows towns and cities to add a local sales tax of up to 2% – increasing the effective tax rate to 12% – but this analysis includes only taxes levied at the state level.)

However, wild cards exist. A bill passed overwhelmingly by the Massachusetts House of Representatives to overhaul the recreational marijuana law would raise the tax rate significantly, to 28%.

The state Senate passed a separate, competing bill that leaves the original 10% tax rate in place, but the House rejected it. A committee has since been established to create a compromise bill.

Conventional wisdom in the marijuana industry suggests higher taxes prevent many potential consumers from purchasing marijuana legally at a dispensary or rec store and instead opt for the lower prices offered in the black market.

Peter Schwartz – consultant for Anderson Economic Group, a Michigan-based economic research firm – believes a potential 28% tax rate could give the black market a short-term boost relative to a 10% tax rate but that there’s little chance of an extended effect.

Higher tax rates could affect legal purchasing behavior beyond pushing customers to the black market, such as buying cannabis in a rec store in smaller quantities or less frequently than they would otherwise.

And while Schwartz believes certain consumers may lessen their spending in one-off instances because of higher taxes, he contends the increased rates won’t suppress sales in a meaningful way because of fervent demand and the fact consumers haven’t yet made a purchase in Massachusetts’ adult-use market.

That appears to be the case in Washington state, where recreational marijuana sales are continuing to surge despite the highest tax rate in the nation (37% excise tax plus a 9.6% point-of-sale tariff).

The same principles are at play in Colorado, where adult-use sales are not expected to suffer any significant setbacks even with an impending rise in the retail marijuana sales tax, which increased from 10% to 15% on July 1.

“It’s a very fair statement to say that, even when you look at it conservatively … price increases would probably have less of an effect to slow demand than would be the case for other commodities,” Schwartz said. 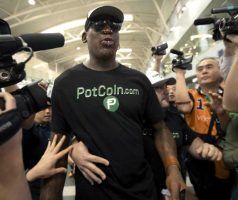