It looks like hope may still be alive for a recreational marijuana market in Washington DC.

According to The Washington Post, DC City Council Chairman Phil Mendelson plans to ignore a provision included in an omnibus spending bill passed by Congress recently that would overturn the wildly popular Initiative 71, which legalizes adult use and consumption of cannabis in DC.

ADVERTISEMENT
Instead of following the provision, he’ll send a measure to Congress to implement Initiative 71. The measure would face a 30-day review, during which Congress could either veto the bill or take no action, thereby allowing marijuana legalization to stand by default.

“I don’t feel that I have any choice,” Mendelson told The Post. “The voters have spoken.”

If Congress doesn’t veto Mendelson’s measure, then it’s possible – even probable – that the DC council will take steps to enact a recreational marijuana industry in the nation’s capital. The council had been discussing the possibility even before the vote on 71 in November.

Mendelson and other DC Democrats are betting that the move will prove fruitful, given that a number of high-profile Congressional Republicans have been saying for months that they have bigger priorities to deal with. And some, like Kentucky Sen. Rand Paul, have said outright that they think Congress should keep out of local DC politics and let the city rule itself. 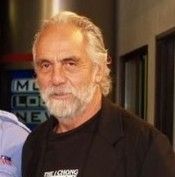