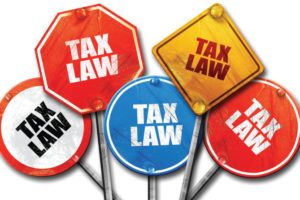 Most companies don’t like filing tax returns, especially those in the cannabis industry.

That’s where certified public accountants and financial firms come in. Experts in complicated tax law – including section 280E of the federal tax code – are in high demand in the marijuana industry as companies look for ways to minimize what they owe to the federal government. They’re also critical for businesses that want to abide by the law and maximize profits.

“I’d like to see more CPAs get involved, rather than somebody who is maybe not as well trained in these issues,” said Dean Guske, the founder of Guske & Company, a Washington state accounting firm that serves more than 350 cannabis-related clients.

“You have some (tax return) preparers out there who may not be CPAs who really don’t have an understanding of tax law … and are doing their client a real disservice,” Guske said.

Many CPAs willing to serve those in the cannabis trade are based in the western United States, as that’s where the vast majority of marijuana-related companies are located. As the industry has grown, there’s been a shortfall of qualified financial professionals willing to work with marijuana business, meaning there’s a big opening for more CPAs to jump in.

Further fueling the growth in demand is that new markets continue to come online. In many cases, businesses applying for licenses can benefit from bringing on accountants and financial professionals given that regulators often require solid business plans with projections rooted in reality, financial auditing and a history of compliant tax returns.

Many traditional financial services firms still won’t take on cannabis-related clients, given marijuana’s continuing status as a federally illegal narcotic. That means the number of nationwide CPAs willing to serve those in the business may be just a handful.

“The ones that are actively involved, who self-identify as a cannabis CPA, it’s a very small number. I’d say 10 nationwide,” said Luigi Zamarra, a CPA in Oakland, California, who has worked with marijuana-related companies since 2009.

But that number is likely growing, added Hank Levy, a CPA based in the San Francisco Bay Area. He recalled attending a CPA conference in 2016 that had roughly 300 attendees. Many seemed interested in working with cannabis-related clients, and if that holds up he thinks the ranks of marijuana CPAs could swell, based on demand from the marijuana industry.

“A couple years ago, I felt like I could identify every single accountant who was involved (in the cannabis trade). I felt like I could gather them in a small room,” Levy said. “Other industries are not as fast growing. This one is. I think there’s going to be a lot more, especially smaller practitioners.”

Some CPAs within the cannabis business are even encouraging more of their colleagues to take on marijuana clients, in part because they can’t handle the current workload.

Colorado-based Bridge West, founded in 2013 by CPA Jim Marty, even entered into a letter of intent last October to be acquired by a large Midwestern accounting firm. Marty declined to identify the firm, noting the acquisition won’t be finalized until early 2017.

“There were many times in the last two years I had to tell my front desk, ‘No more clients,’” Marty said. “I’d have a waiting list. That’s part of what drove this acquisition.”

Some mainstream accounting professionals, such as Pennsylvania-based CPA Rich Wortmann, are actively looking for cannabis clients. Wortmann, who founded the RW Group in 2009, has been specifically seeking marijuana businesses as clients because of how much the industry has exploded in recent years. He believes that RW Group can get a major foothold in the market if it establishes itself exclusively as an expert in 280E matters.

“If you can focus on something like that, you can create a very good firm that meets the need of the public sector,” Wortmann said. “Our goal is to be national.”

Marty, Guske, Zamarra and Levy already have hundreds of marijuana-related clients in multiple states, and they provide services that range from tax return preparation to basic bookkeeping. But there are also more complicated services they can provide, such as providing guidance on how to structure a cannabis startup to get the most federal tax deductions while still complying with 280E.

Those services aren’t cheap, and hourly CPA rates typically hit several hundred dollars, with an average cannabis business tax return preparation costing a few thousand dollars. But many businesses are willing to shell out for this type of help.

“I call it a ‘cornucopia of billable hours,’ because this industry just needs so much,” Marty said. “You immediately need lawyers and landlords and employees and contracts. You name it, and they need it right away.”

Thanks to all of the marijuana industry’s growth in recent years, CPA revenue also has been booming along with it. Marty said Bridge West’s revenue in 2015 was about $700,000, and he expects to top $1.3 million in 2016, all from cannabis businesses. Levy’s firm takes in more than $1 million a year from marijuana-related businesses, which comprise about 30% of the company’s clients. And that revenue stream has been growing by about 40% a year for the past three years at least, Levy said.

Perhaps the most common problem for cannabis CPAs is the oft-lamented 280E. In some cases, accounting professionals simply can’t help certain companies minimize the impact of the tax provision. In other cases, they can’t help clients enough to the point where they’re satisfied.

“I’ve had to turn people away and say, ‘You really have to change this business model,’” Zamarra said, referring to cannabis businesses structured in a way that makes it tougher for them to take tax deductions. “But most of the time we can plan around 280E if they come to me early.”

A parallel hurdle is the lack of access to banking. Marijuana businesses that are forced to do business entirely or mostly in cash often wind up using poor accounting and bookkeeping practices, which can lead to headaches for CPAs like Marty when it comes to filing tax returns and getting a company’s records in order.

“People that were in the black market were advised, and I think poorly, to not keep records because of self-incrimination issues. And now they come into the legal market, and they have this sometimes overwhelming requirement of keeping records,” Guske said. “There’s a lot of compliance that they have to get their heads around, and typically they either have to hire a CPA or a bookkeeper.”

Additionally, accountants in the cannabis space face ever-changing compliance rules from the Internal Revenue Service, which means financial professionals need to be continually checking on what the IRS is expecting.

“In January 2015, the IRS put out a memo on how they wanted this industry to be taxed. And the IRS is … finding more and more ways to apply this memo,” Marty said.

CPAs, bookkeepers and other financial professionals will continue to be a hot commodity, thanks to the cannabis industry’s big wins at the state level in the 2016 national elections (seven states legalized medical or recreational marijuana, while Montana approved a measure to allow MMJ businesses).

“Demand is going to outstrip supply for a long time,” Marty said.

Levy predicted “a tsunami of clients” in California alone in coming years because the state legalized recreational cannabis and also is moving toward a regulated medical marijuana industry with strict government oversight. That means more work for firms like his because cannabis companies will be forced to get their financial houses in order.

Although demand for accounting and financial professionals will remain high, more people will get into this side of the industry.

“Where once I was trying to keep my competition away, now I’m encouraging them to get in, because there’s too much business for us to handle,” Levy said.

Guske even has his fingers crossed that more competition will be heading his way in coming years.

“A CPA that’s looking to grow their practice will definitely take a hard look at (the cannabis industry) as an opportunity.”

Zamarra, however, doesn’t expect the financial services sector for cannabis companies to become really competitive anytime in the next four to five years.

Looking ahead, industry officials within the financial services industry are expected increasingly to share their institutional knowledge about the cannabis industry with others in the sector. Chalk it up to growing demand for such knowledge.

“There’s no one out there (now) saying, ‘Let’s get a bunch of accountants together and talk about the cannabis industry,’” Wortmann, the hopeful Pennsylvania cannabis accountant, said. But he predicted that will change along with the increasing mainstream acceptance of cannabis. “That’s going to grow out of this,” Wortmann said of the demand for institutional knowledge.

Wortmann also expects that more general guidance for CPAs will emerge in response to successful legalization efforts across the country. That means more state accountant societies and boards will likely issue guidance for financial pros who want to serve marijuana companies, which in turn will likely bolster the number of accountants who are willing to jump into the cannabis trade.

So perhaps the accounting profession isn’t as boring as some people say it is.