Could Israel become the world’s next major marijuana market?

There are certainly indications that could come to fruition, according to the Jerusalem Post.

Nearly 20 countries have legalized cannabis possession and consumption to some degree (primarily for medical purposes), including Bangladesh, Canada, Colombia, Jamaica, Italy and Uruguay.

Chart of the Week: Time From MMJ Legalization, Regulation to Industry’s Launch in New Markets 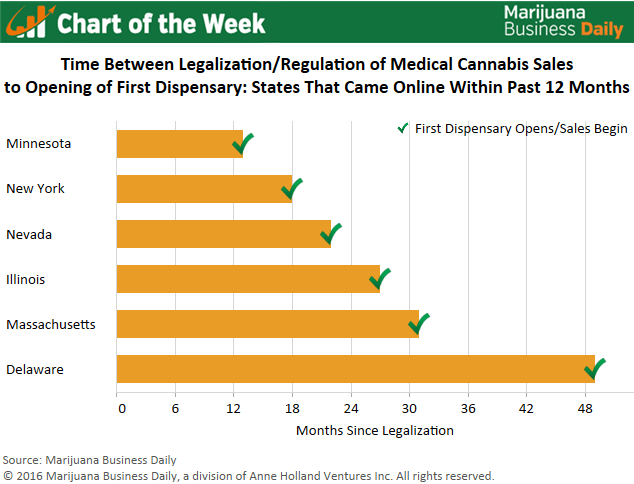