Note: This is the first in a two-part column on real estate issues for existing MMJ businesses.

Finding a suitable location is often one of the biggest hurdles startup cannabis businesses face. The headache doesn’t end once you sign a lease, though.

Dispensaries and cultivation sites must navigate a minefield of real estate challenges that can change the playing field overnight and force owners to scout out a new location quickly.

The result: You have to go through the maddeningly complex and surprisingly time-consuming process of finding real estate all over again.

This ends up being a big business issue, creating operational challenges and unexpected expenses. I can say unequivocally that it’s much more difficult to find a location in the MMJ sector than almost any other commercial industry in existence, mainly because of the many restrictions imposed by both local and state governments. This creates a long list of parameters that must be satisfied for successful occupancy of a property. Many landlords also are wary of the industry, adding another layer of complexity.

Business owners often aren’t prepared for these challenges, thinking they’re locked into a lease for the foreseeable future. Others simply fail to anticipate a move and then must scramble at the last minute.

Preparing for the possibility of having to find a new location is vital to your long-term success, and the first step in that process is understanding what factors may force you back into the real estate hunt. So here are eight reasons you might need to look for another location:

#1. Landlord issues: These can crop up all the time, such as when the owner sells the property or decides the risk of renting to the MMJ industry is too large and wants to remove a medical cannabis tenant. In some cases landlords decide to declare the lease “federally illegal” due to a change of heart, in others the owner wants to reclaim the property or even just lock out a valid MMJ tenant. Another reason: The landlord decides that MMJ is incompatible with his or her other tenants. Property owners often hold all the power in this industry, because contracts and leases are hard to enforce given medical marijuana’s legal status.

#2. Changing political landscape: Local laws change. Sometimes new city council members who are not friendly to the industry are voted into power, and they then attempt to change the laws or rules on MMJ businesses. Example: The current Colorado Springs City Council is much more conservative than the one of three years ago and has elected to ban adult-use marijuana stores, a major blow to entrepreneurs who hoped to cash in on the emerging recreational market. In Denver, city officials changed distance requirements for dispensaries in response to DEA raids, forcing them to be a certain proximity from schools. This effectively took out many existing dispensaries and made it difficult to open new ones. Similar situations play out in cities across the country.

#3. Changing business conditions: Partnerships form and dissolve all the time. Executives sometimes run afoul of the law and fall out of compliance with local regulations. Investors often have a change of heart and call a note due, saying they want out of the industry. In a nutshell, business conditions can change in a heartbeat and partnerships can fizzle, forcing MMJ business owners to downsize or relocate.

#4. Increased local opposition: Public perception of the MMJ industry can shift quickly. One misstep by a dispensary or grow site – even if it’s not yours  can tarnish the entire industry’s reputation. This can impact the business climate and lead to local changes (more on this later) if there’s an outcry from the community, forcing MMJ businesses to move.

#5. Zoning changes: This is rare, but it does happen. Cities can change their zoning laws, effectively making dispensaries, edibles companies and grow operations noncompliant. In these cases, cannabis businesses often have to relocate or shut down.

#6. New local/state rules: If there’s one certainty in the MMJ industry, it’s that local and state rules change frequently. This holds true in medical cannabis states nationwide. As a result, many marijuana dispensaries have to find a new property in another area or seek a different building that meets new regulations.

#7. Current location becomes less desirable: The place you secured when you launched can quickly lose its luster. Maybe it’s too small, too large, has an unusual floor plan or is too dilapidated. Maybe parking isn’t adequate or the neighbors are continuously hostile and antagonistic. These can become huge business problems over the long run.

#8. Growth/expansion: This is the obvious reason that existing businesses want to move to a new location. Often, owners want to expand by getting a bigger place or opening a second operation, triggering the need to search for new real estate.

Most medical marijuana businesses face one or more of these issues at some point along the way. In my next column, which will run in late September, I’ll lay out a seven-step process you can use to find suitable real estate and make a much more solid decision if you find yourself in one of these situations. 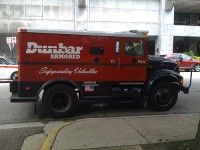