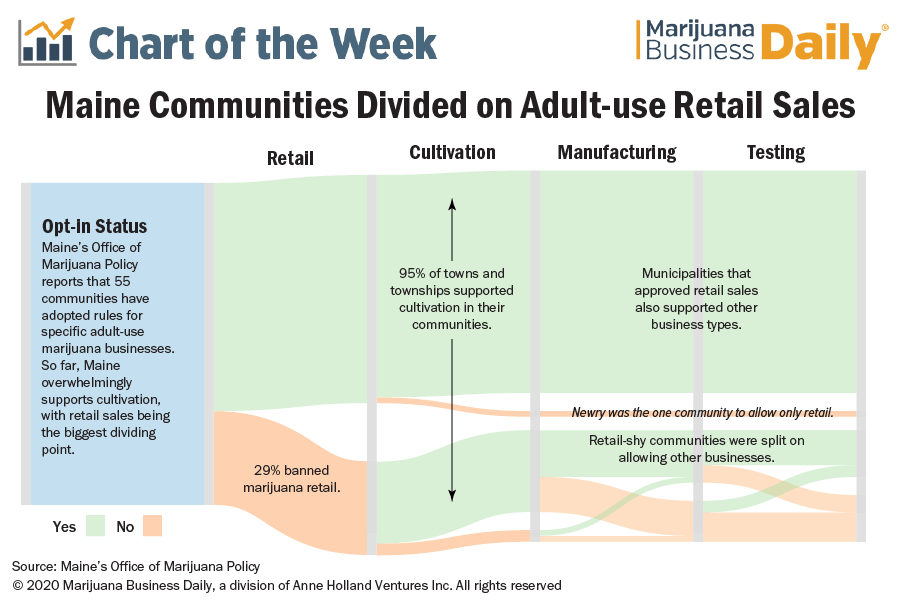 Support for the adult-use marijuana industry in Maine is strong, especially cultivation, despite a divide over allowing retail shops in some municipalities.

This comes at a time when cannabis has emerged as Maine’s most valuable crop, overtaking more mainstream farm products such as potatoes, hay and blueberries.

ADVERTISEMENT
Maine towns and townships can opt into the state program by allowing licenses in four business categories – retail, cultivation, manufacturing and testing – or opt out to become a “dry town.”

Of the 55 municipalities that have passed rules to regulate adult-use marijuana businesses, 29% opted out of retail sales, according to the state’s Office of Marijuana Policy. 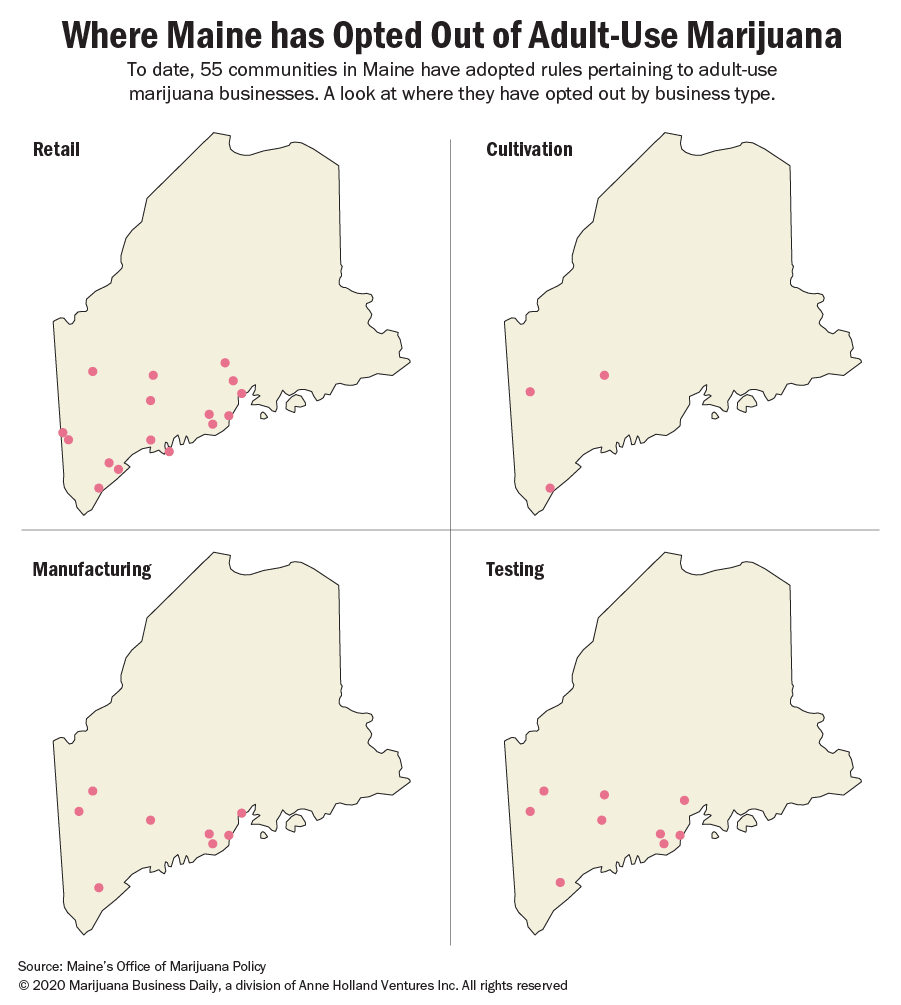 Cultivation has the strongest support, with 95% of Maine’s municipalities approving adult-use marijuana growing businesses – not surprising for a state with a strong, but declining, agriculture industry.

The number of farms in Maine shrank by almost 8% between 2012 and 2017, according to the latest U.S Department of Agriculture survey.

Marijuana has become the state’s biggest cash crop, according to the Portland Press Herald.

Medical marijuana easily eclipsed that figure this year with a reported $221.8 million sold through October.

Add the millions now coming in monthly through the newly opened recreational program, and it is no longer a competition.

Maine’s adult-use market brought in $2.4 million in sales since opening in October 2020.

Manufacturing and testing businesses were also well supported throughout the state.

Of those not allowing retail shops, almost 44% also decided against manufacturing.

That number climbed to 50% when they considered testing.

Kennebunk, a costal town just south of Portland, was the only community to prohibit everything but testing.

Maine’s Office of Marijuana Policy reports that 55 communities have participated in the state’s opt-in program by adopting rules for specific adult-use marijuana businesses. The list as of December 2020.