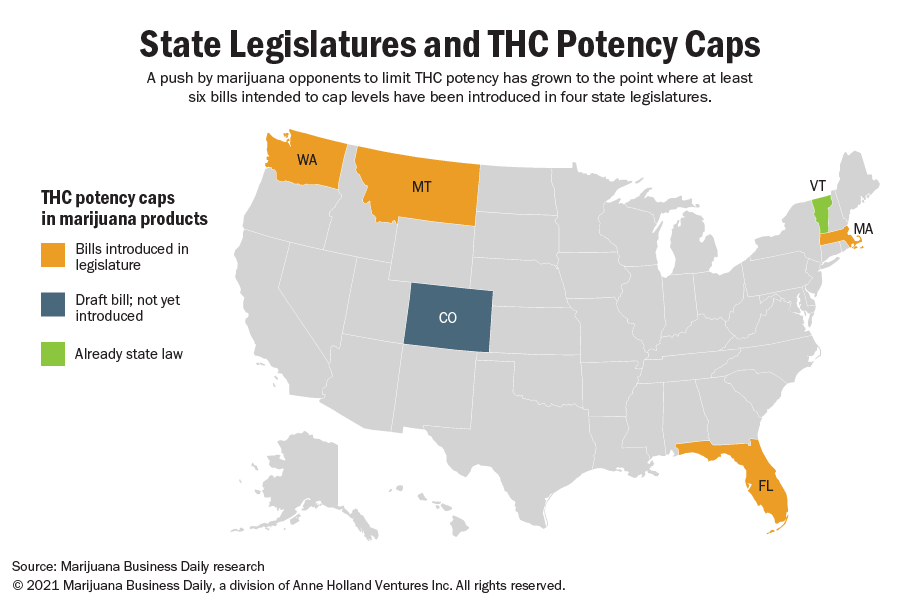 Marijuana opponents, frustrated by the growing number of legalization victories across the U.S., are increasingly trying to rein in the industry by proposing state-level caps on THC potency.

A bill was derailed in Colorado before it could be introduced because it triggered a backlash.

Industry insiders suggest such moves could mean a return to prohibition, since many of the proposals would cap THC beneath what’s currently available in many state-legal markets.

That, in turn, could restart the war on drugs.

“If we go down this road, if we start banning certain products, we get law enforcement back in the business of enforcing cannabis laws,” said Chris Lindsey, director of government relations at the Washington DC-based Marijuana Policy Project, adding that potency caps are a “terrible policy.”

“We’re just heading down the wrong path,” he added.

Lindsey pointed to the 2019 vape crisis as an example of how illegal, unregulated marijuana products create more risk for consumers than legal, high-potency cannabis.

Overshadowing state-level efforts is a larger threat: the possibility of a federal potency cap being included in any national legalization framework.

Two U.S. senators raised that possibility in a recent bipartisan report from the Caucus on International Narcotics Control.

The report, issued by Sens. John Cornyn, a Texas Republican, and Dianne Feinstein, a California Democrat, includes a recommendation that the National Institutes of Health and the U.S. Food and Drug Administration develop their own recommendation as to “whether states should cap the potency of (cannabis) products that may be sold.”

To date, only one state with a functional cannabis market has adopted potency caps of any type: Vermont, for its yet-to-launch recreational marijuana market.

That cap will limit THC to 30% in flower and 60% in solid concentrates.

By contrast, no other adult-use marijuana market has potency caps of any kind, and though 30% THC is on the high end for MJ flower, concentrates are often as potent as 80% or 90% THC.

Vermont has no potency caps on medical marijuana products.

The recreational market is slated to launch in May 2022. A Burlington dispensary manager predicted the caps will push concentrate connoisseurs in particular to shop in nearby recreational states that don’t yet have such limits.

“People who want those products, they probably will turn to out-of-state (options). They are now. We have so many people who go to Massachusetts or Maine to access products,” said Bridget Conry, marketing and outreach director at Champlain Valley Dispensary.

In Colorado, Democratic state Rep. Yadira Caraveo sparked an uproar when a draft bill was leaked to the media.

As drafted, the bill would have capped THC potency for all marijuana products – both medical and recreational – at 15%.

That would make at least 65% of products currently on the market illegal, estimated Peter Marcus, communications director at Boulder-based Terrapin Care Station.

After pushback, Caraveo shelved the measure, and it’s not clear whether such legislation will be introduced this year.

“There’s no victory conversations taking place yet, because there’s still so much left to go,” said Marcus, who added that his understanding is Caraveo has been asked by Democratic leadership to first have a stakeholder process to get input before running a bill.

Marcus said if such a cap were imposed in Colorado, it would mean “devastation” for the industry.

One measure, HB 1455, would cap THC limits at 10% for all marijuana flower sold in Florida and 60% THC for all concentrates and other product types except edibles.

The measure cleared a Florida House committee in early March on a party-line vote, with all Republicans in favor and all Democrats against.

A similar Senate measure, SB 1958, has yet to be heard in committee.

The proposals have MMJ advocates up in arms, and a political campaign led by the nonprofit Florida for Care has mobilized to kill both bills.

“This is an existential threat, not just to the industry but to the whole idea of medical marijuana in Florida,” Florida for Care adviser Ben Pollara said.

“It is a distinct likelihood that it becomes law in Florida. There’s just too many unknowns at this point … to take any sort of rest at any point until the legislative session is over.”

That bill isn’t unlikely to pass because Democrats dominate the Legislature, said Boston-based Adam Fine, a lawyer with Vicente Sederberg.

Rather, the bill he believes could be more troublesome for the industry is SD 465, by Democratic state Sen. Jason Lewis.

That measure, if adopted, would require the state Cannabis Control Commission to adopt “reasonable potency limits for each type of marijuana product” sold in the state.

“It’s concerning because, if it were to pass, the commission’s hands would be tied. They’d have to set some limit,” Fine said. “There’d be a big debate about what’s ‘reasonable.’

But, Fine predicted, even Lewis’ bill is still an “uphill battle” politically.

Lawmakers have reportedly killed SB 341, a proposal that would have limited THC potency to 15% in all recreational marijuana products, including flower and everything else on the market.

The bill would have no impact on medical marijuana.

But “technically, it is not dead,” Kate Cholewa, spokeswoman for the Montana Cannabis Industry Association, wrote in an email about the bill.

Cholewa added that the word in the political rumor mill is SB 341 has been “sent to Siberia” to die because of an estimate that it would cost the state at least $1 million to implement.

MPP’s Lindsey, who is based in Montana, said he’s also heard the THC potency limit might still be reintroduced in another bill this year.

The Legislature has already passed a deadline for advancing HB 1463, which would have banned all concentrates with more than 30% THC.

That means the bill is effectively dead for this year, said Aaron Pickus, a spokesman for the Washington CannaBusiness Association.

But that doesn’t mean the issue itself is dead, particularly since this is the second year in a row such a policy has been brought forward by a Washington lawmaker, Pickus added. He predicted that it will likely come up again. 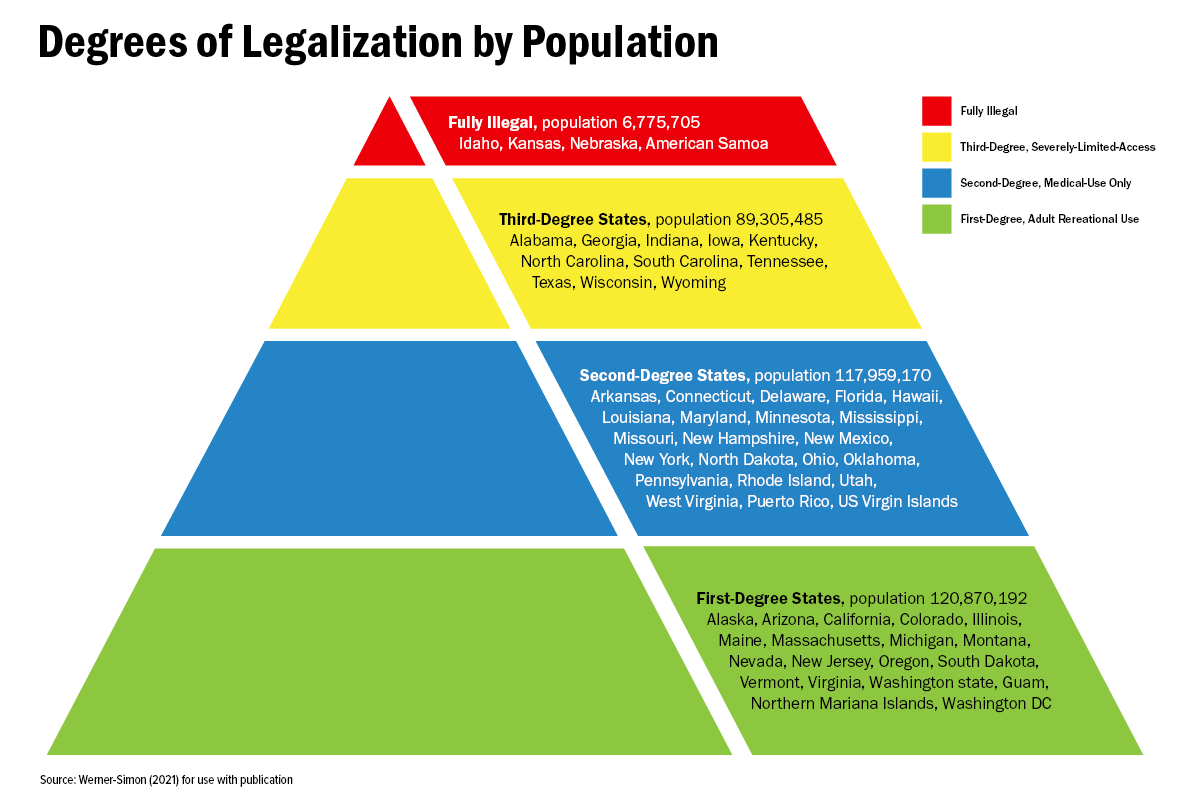