New Mexico’s nearly decade-old medical marijuana market is sprinting ahead as if it had just opened, thanks to a 70% jump in new patients over the past year.

Sales via dispensaries hit nearly $10 million in the first quarter – almost double the total from the same period in 2015.

The growth has enabled marijuana businesses to expand, though companies are still having trouble keeping up with demand.

“Things have taken off,” said Duke Rodriguez, CEO of Ultra Health, a cultivator and dispensary owner. “Demand has been amazing.”

The state is now on track for at least $40 million in sales this year, moving it closer to the middle tier of medical cannabis states in terms of market size.

That would also put it within the $40 million-$50 million sales estimate in the 2016 Marijuana Business Factbook. Last year, the state’s dispensaries racked up $25 million to $30 million in sales, according to the Factbook.

The spike in patient numbers has largely fueled the industry’s sales gains. The number of registered medical marijuana patients in the state has surged to about 25,000 through the end of May from 14,600 in May 2015. And the patient count is expected to keep growing this year.

Ultra Health’s five currently open dispensaries see about 2,000 patients per week, but it hasn’t been easy keeping up increased demand.

While he is still able to keep his stores open seven days per week, Rodriguez said he knows of some dispensaries that are open only two or three times per week because they don’t have enough supply.

“There are patients who are being turned away at shops,” Rodriguez said.

The industry’s jump in sales, in fact, hasn’t been distributed evenly among marijuana businesses, according to the state report.

Medical marijuana businesses in New Mexico, where licenses holders operate vertically integrated grow sites and dispensaries, had average sales of $453,000 in the first quarter. The top business had revenues of almost $1.1 million during the quarter, while another business had almost $904,000 in revenue.

By contrast, 13 other businesses earned less than $100,000 during the quarter – including the two state’s two laggards, which earned approximately $7,000 and $27,000 in the quarter, respectively.

The state has no limit on how many dispensaries these licensed producers can operate.

Rodriguez of Ultra Health opened his first dispensary in Albuquerque in 2010 and, until late last year, that’s all he needed.  Then he opened stores two, three and four in November, December and January respectively, followed by store five in March. Rodriguez will open his sixth store this week, and expects to have 15 open by year’s end.

“We’re very pleased with how business is doing,” Rodriguez said.

Diana Schoonmaker, who manages the Albuquerque location of Healthy Education Society, which owns two dispensaries and two grow sites, is seeing the same trend at her stores. “We’re doing really well,” she said.

Why the increase in patients? “We’re not sure,” said Kenny Vigil, a spokesman for the New Mexico Health Department.

Rodriguez wasn’t sure either, but speculated that more information about the medical cannabis program was reaching prospective patients. His business runs radio spots on several prominent New Mexico radio stations, telling listeners to call if they’re interested in getting a medical marijuana card. “And believe me, people call,” he said.

As for supplies, Schoonmaker and Rodriguez have had different experiences.

Schoonmaker – whose stores sees 19 to 25 patients on any of the five days of the week they are open – said the dispensaries haven’t had any product shortages.

Rodriguez, on the other hand, said the state’s cap of 450 plants per grow site has made supplies a tricky issue. That 450-plant cap is actually an increase that state regulators implemented last year from a previous cap of 150 plants. But even then many cannabis business owners worried the increase would still not be enough to meet growing demand.

He and other cultivators have hired lobbyists to persuade regulators and lawmakers to eliminate the cap.

“We’ve been in active discussions to get the department of health to reevaluate the cap, but they’ve been reluctant to do that,” Rodriguez said. “But we’ll keep pushing, because it’s not right that there are patients who can’t get medicine.”

The May 26 state report shows that the average grow site has 286 plants. Only three are at the 450-plant limit, while several others had about 400 plants.

Will Rodriguez’s supply be able to keep up with demand? If Ultra Heath can’t grow enough product, Rodriguez said he’s lucky enough to be in a state where dispensaries can buy product from other licensed growers.

“We’ll do what we have to do to serve patients,” he said. 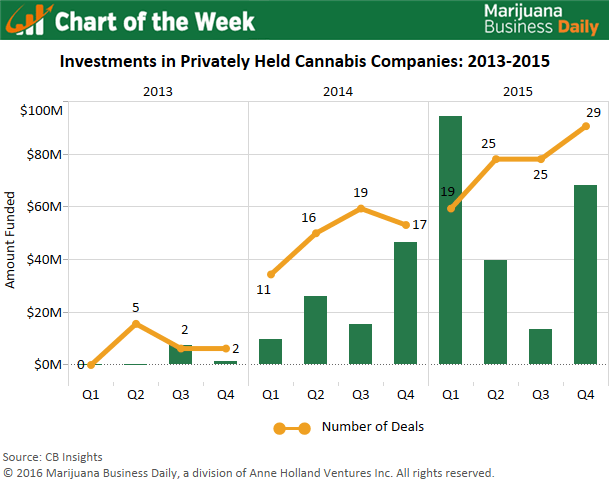