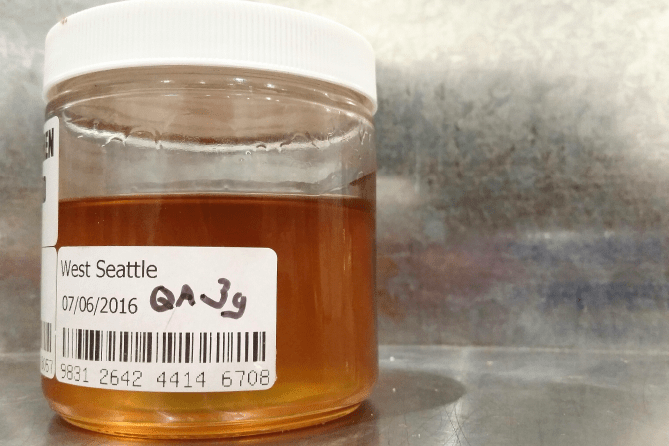 Honu Inc. notes that its edibles aren’t your granny’s cookies – unless your granny’s secret ingredient is premium cannabis extract.

The Longview, Washington State-based firm’s line of edibles more closely resembles the handcrafted treats you’d see in the window of a Belgian chocolatier. Aficionados and consumers have taken note.

A little more than six months after opening its 5,400 square-foot commercial kitchen, the family-owned and operated Honu won a 2016 Dope Cup Award for its Coconut Snowball edible. Its Peanut Butter Cups and Gimme Sa’Mores have earned positive reviews from consumers on social media.

Garnering those kinds of kudos so soon out of the box required more than luck. It took expert training, methodical testing, high-quality extract and precise, dialed-in dosing.

“We recruited the right people, developed the right recipes and sourced the right ingredients,” said Paul Bohannon, co-owner of Honu, adding that the company determined early on it wanted to be known for crafting high-quality products. “If you ask any of our customers, it’s what we do. We make a high-quality oil and a high-quality edible.”

So how do edibles entrepreneurs create their own recipes for success? Paul and his brother Jay Bohannon, Honu’s chief information officer and co-owner, have several pieces of advice. They range from training and networking with extraction and edibles gurus to investing in industrial-grade equipment.

But Paul boiled it all down this way: “It’s critical to focus, start simple – start with something you’re good at – perfect it and then expand.”

Train and Network with Extraction and Edibles Experts

Extraction can be tricky to learn and even harder to perfect. Product consistency varies greatly, Jay said, and depends on several factors: the particular strain; the technique used; the amount of time the product is exposed to solvents; the temperature; and the type of equipment used to process it. In other words, you need more than a passion for cannabis to be successful at extracting.

Honu purchased its extraction technology from Cascade Tek in Oregon and Iron Fist Extractors in Washington. It also hired techs from those companies for on-site employee training.

“Our experience was that there is a fine line between knowledge and know-how,” Paul said. “A lot of people claim expertise, but there’s no substitute for paying for that experienced professional.”

The team also attended workshops at cannabis conferences. At one show, Honu’s team met Peggy Noonan and Ann Torrez from Cornucopia Infusions in Arizona. They helped Honu with one of its earliest dosing hurdles. That’s the kind of valuable advice you get at trade shows, Paul said.

“Go to cannabis conferences, specifically workshops about edible manufacturing,” Paul said. “People will gladly share their ideas with you.”

Invest in Your Space and in Industrial-Grade Equipment

If your aim is to mass produce edibles, make early investments in your space and your operations, Paul said.

Honu opened its commercial kitchen in two phases. Phase one was a 1,200-square-foot space with industrial-grade ovens and freezers to allow for mass production of edibles. In the second phase, Honu added 4,200 square feet to the existing kitchen and added new appliances to automate systems, including packaging. Automated packaging guarantees you meet state regulations. It has an added bonus of setting your products apart. Honu recently won first place for Best Design and Packaging from the Marijuana Business Association.

Honu’s early investment in its operations included a $10,000 freezer and top-of-the-line extraction equipment. People told the Bohannons they were crazy for shelling out that much money from the get-go. But Paul said such early investments are wise. Repairing or replacing used equipment is costlier than investing in new equipment at the start.

Appliances aren’t the only cost. Learn about the local fire and building codes, as well as your state’s various regulations governing areas like health and safety, Jay said. Some state regulations can mandate a commercial room with high-end electrical connections and fire suppression systems. Additionally, air exchangers, gas detectors, specialized lighting and fire-rated building codes all add to the overall cost of the extraction process. Plan for those costs so they aren’t a surprise.

Source Consistent, High-Quality Extracts – or Manufacture Them Yourself

Extract isn’t meant to be buried by other ingredients. The oil can complement and enhance your products. But it must be a high-quality and consistent oil.

“No one would use a very low-grade cooking oil in something they’re trying to impress someone with,” Paul said.

Honu launched its own line of extracted products to create a high-end oil that could be used in its edibles. Extraction technology and training can be expensive. But it puts you in control of the consistent quality you need to create award-winning edibles.

The cost of a closed-loop extraction machine can range from $15,000 to well over $200,000, based on volume, the type of solvent used, and the amount of automation, Jay said. Add to that the cost of building an extraction room that meets local fire and building codes, and all of your state’s regulations. The upshot: The cost of extracting your own product might not fit your business model. In that case, source consistent, high-quality oil for your edibles and ask budtenders for their recommendations, Paul said.

“The company that can make the (oil) that dazzles you off the shelf can make the oil that will complement your edible,” Paul said. He said Honu has spent “hundreds of hours” talking with budtenders. “They live for the opportunities to have dialogue with customers and learn from them, so working closely with budtenders – for us – is huge.”

Partner with Dispensaries to Solicit Customer Feedback and Perfect Your Recipes

To that point, Paul said dispensaries and budtenders can be essential partners in soliciting feedback from the end consumer.

For example, Honu teamed with Freedom Market in Longview to solicit feedback from the end consumer. The dispensary purchased Honu’s edibles and conducted a customer poll. Honu wanted to know whether the cannabis flavor in the oil complemented or detracted from its recipes. Paul said the feedback was essential to Honu’s success. It helped Honu dial in its recipes and – perhaps most importantly – its dosing.

Dosing is the Key to Success

Dosing can be particularly tricky: The THC content in oil varies from batch to batch. Using the same volume of oil in every batch would result in drastically different doses. So it’s important to develop a keen understanding of the THC levels in your extracts and dose properly.

“It’s difficult to make a homogenous dosing in an edible, whether you’re making them one at a time or in a mass batch,” Paul said. “That approach was really important to us. What we wanted was for someone to have a consistent experience.”

He recommends hosting informal focus groups with budtenders and team members to blind test two versions of one recipe (an A version and B version, for example); soliciting feedback; and then perfecting the recipe. Small adjustments tend to do the trick.

“We tried a recipe, tested it, tore it apart and rebuilt it, and we did that until we got the quality that we knew we wanted,” Paul said.