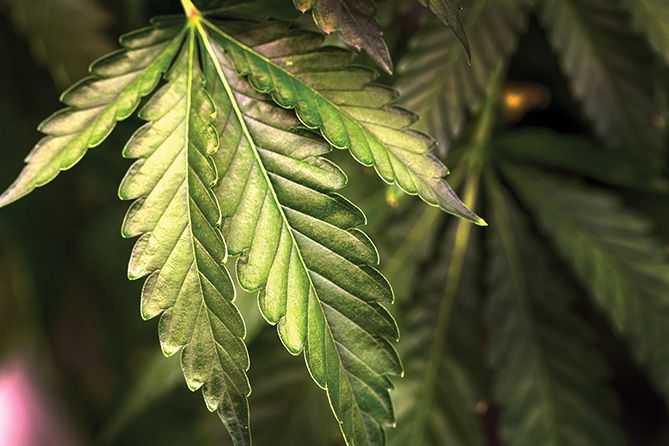 Amid news reports suggesting that MMJ markets are plateauing or shrinking in some states—particularly those that have approved the recreational use of marijuana, it’s reasonable to believe cannabis executives are bailing out of medical and plowing resources into adult-use products.

Many cannabis companies are doubling down on their MMJ bets. They don’t see an ever-shrinking medical marijuana future, but rather an evolution of markets and a science-driven expansion in products, formulations and delivery methods.

People will no longer think about cannabis as merely medical and recreational—a binary perspective foisted on patients and other consumers by regulators, according to Vita.

Instead, he said, people will have a third category to consider: wellness.

In other words, medical marijuana is splitting into two clearly defined markets:

Industry executives believe there is money to be made by capitalizing on both sectors.

“We believe there’s an enormous market for health and wellness products, especially with folks who are older than people who use cannabis recreationally. We see that in our stores,” said Erich Pearson, CEO of SPARC (San Francisco Patient and Resource Center), a vertically integrated cannabis company in California with a cultivation and processing site in Sonoma Valley and four Northern California retail locations.

Many of the products and uses categorized as medical today—think smoking a certain flower strain to help with sleep or using a cannabis-infused balm to ease muscle pain—could fall under the wellness label.

Medical, by comparison, will be more specialized and feature government-approved products with a pharmaceutical look, such as Epidiolex, a CBD-based syrup developed by British company GW Pharmaceuticals to treat certain types of epilepsy. Epidiolex is the first medicine derived from the cannabis plant to be approved by the U.S. Food and Drug Administration (FDA). A handful of other FDA-approved medicines, such as Marinol (also known as dronabinol), used to combat nausea in cancer patients, are made from synthetic cannabinoids.

SPARC is making a play for both the wellness and medical segments. Since early this year, the company has been developing a new SPARC Plus medical line that features salves, lotions, tinctures and a pill.

“It’s not strictly medical products, but mostly. Its designed to be a product line that’s more health care-focused,” Pearson said. While SPARC has recreational products that customers consume for both adult and wellness uses, the company decided that distinguishing between the two markets made sense.

“We thought it was important to differentiate our product line, specifically the branding and educational component of it and how the product and packaging interact with the consumer,” Pearson said.

GB Sciences, which operates in Nevada, plans to maintain its recreational position but also hopes to follow GW Pharma by developing FDA-approved medicines. (At press time, GB Sciences agreed to sell its 50% stake in GB Sciences Louisiana for $16 million to Wellcana Plus, a Lafayette, Louisiana-based company which holds the other 50% of the operation.) GB Science’s most advanced work currently is a Parkinson’s medicine that it’s developing in partnership with Catalent Pharma, a United Kingdom-based business specializing in delivery technologies.

“My hope is that there will be a stratification that serves both kinds of customers—serious medical patients and wellness patients,” said Andrea Small-Howard, the company’s chief science officer. “They’re two very different but real customer groups.”

What exactly these reimagined wellness and medical industries look like will depend on a number of factors. According to industry executives, businesses considering operating in the MMJ sector must consider the following:

What’s also clear is that, despite the decline of medical patients in recreational states, the future of medical marijuana still remains bright as more markets open up, an expanding number of consumers embrace cannabis as a wellness product, and more doctors, patients and drug-development companies embrace the plant as a medical product.

Cannabis as a Medicine

Consumers are among the biggest drivers of medical marijuana’s future. The key question: Do they see themselves as medical patients who want FDA-approved medicines for specific ailments, or as wellness consumers who prefer traditional cannabis products such as flower, oils and edibles to alleviate pain or aid sleep?

“We believe fundamentally that physicians and patients desire a cannabinoid-based medicine that has the hallmarks of a modern medicine,” said Stephen Schultz, vice president of investor relations at GW Pharma. Those hallmarks, Schultz said, include consistency, efficacy and safety that have been proved in “robust clinical trials.”

Additionally, some insurance companies will provide reimbursement for FDA-approved medicines. That’s vital given that such medicines can be very expensive. For example, reports put the annual cost of Epidiolex at around $32,500, although the drug is often covered by health insurance.

“We believe that’s the segment that physicians and patients desire,” Schultz said. “For us, the future of medical use of cannabis is about developing medicines that go through that pharmaceutical, FDA-approved route.”

Numerous marijuana and biosciences companies are making the same bet, launching cannabis drug-development efforts. Most are in the preliminary research stages.

Sandoz Canada, a subsidiary of Swiss pharma giant Novartis, is developing cannabis-oil capsules with Canadian license holder Tilray that could be distributed internationally.

“What we found among our patients is that there’s an enormous amount of overlap between people that access our products through adult-use regulatory structures, but they’re looking for a medical health wellness application. It may be for something as simple as sleep or anxiety, or it may have to do with finding an alternative to inflammation,” Columbia Care’s Vita said.

Many of those consumers, he added, include a growing number of baby boomers and women, who are typically underrepresented segments of the consumer cannabis market.

“That’s why, when we think about medical, it’s not going simply to be how it’s thought of today. It’s going to be much more about maintaining quality of life and maintaining health and wellness in the face of a changing population and changing views of cannabis more broadly,” Vita said.

Understanding that evolution in customer demographics and mindsets will help cannabis manufacturers and retailers develop and offer a better selection of products that cater to these types
of customers.

“We found it important to differentiate this and develop a whole product line specifically for health and wellness. The reason why is just because there’s clearly a demand for it,” SPARC’s Pearson said.

To appeal to these consumer demographics, cannabis companies will need to improve and diversify their products, developing offerings with more complex combinations of chemicals targeting specific conditions and creating new delivery methods tailored to specific types of patients.

“While in Nevada we are proud of our smokable products, where we’ve always been heading is in the creation of branded products that are more complex formulations with a scientific mindset,” GB Sciences’ Small-Howard said. “And we’re trying to use delivery methods that will be more effective.”

For example, GB Sciences produces tinctures, which are simpler to manufacture than, say, edibles or capsules and are easy to use. GB Sciences also plans to offer cannabis-infused oral thin films as well as metered-dose inhalers.

Exploring these delivery methods is critical to providing patients with products tailored to their specific needs, a move that can improve a company’s reputation and sales.

“What kind of delivery method you should use often depends on the condition you are trying to treat,” Small-Howard said.

For example, GB Sciences has developed a cannabis-based formulation to treat Parkinson’s disease and, so far, has conducted what Small-Howard called encouraging animal trials.

Given that one common symptom among Parkinson’s patients is difficulty swallowing, GB Sciences wants to avoid putting its medicine in a gel cap or pill and started examining other options with Catalent Pharma, a U.K. company specializing in delivery methods. Among Catalent’s first products were gel caps with Marinol, the FDA-approved anti-nausea medicine for cancer patients made from synthetic cannabinoids.

Besides its experience with an FDA-approved medicine, Catalent also has a specialized delivery method, Zydis, which is an orally ingestible, dissolving wafer.

“That was attractive to us because Parkinson’s patients have a hard time swallowing, but this makes it easier. They can take an oral dose without having to swallow it,” Small-Howard said.

Currently, GB Sciences and Catalent are developing prototypes of their Parkinson’s medicine and hope to submit an application to the FDA next year to begin human trials.

Small-Howard acknowledges the FDA approval process requires patience and money, but she is certain that it’s worth it.

“It’s hard to protect formulations that you put into a dispensary. From a business standpoint, the reason to go through the whole FDA process is so that you can own it,” Small-Howard said. “That’s the payoff for the scientific work we’ve been doing.”