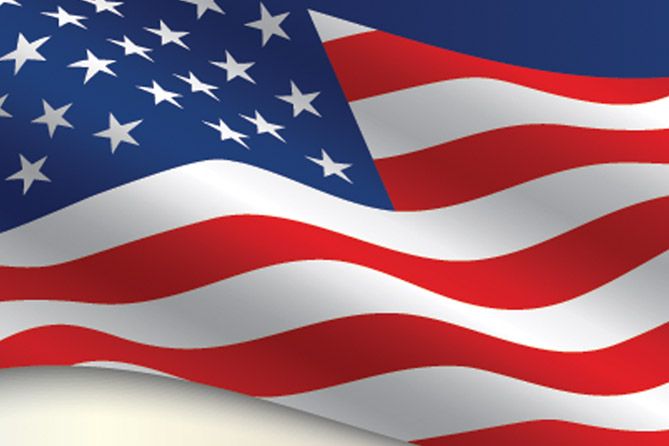 Alaska collected its initial batch of tax proceeds from the first full month of retail sales under the state’s new adult-use cannabis program. The state took in $81,100 from seven growers. For now, Alaska taxes marijuana only at the cultivation stage. The cultivators paid most of the taxes in cash while some used checks.

Medical cannabis patients in Arizona bought a record 29 tons of cannabis products in 2016, a 53% increase over the 19 tons purchased in 2015, according to a state report. The sales surge could be attributed to an increase in medical marijuana patients. The program had 114,439 patients registered at the end of 2016 compared with 88,500 at the end of 2015. That’s a patient increase of 29%.

The Arkansas Medical Marijuana Commission will issue 32 licenses for medical cannabis dispensaries, with the application fee set at $7,500. Unsuccessful applicants get half of their fee refunded. Hoping to achieve geographic diversity and to ensure dispensaries won’t be too far from patients, commissioners ruled that each of the state’s four congressional districts would get eight dispensaries.

Two top cannabis regulators in California said the state remains on schedule to have a formal state permitting system up and running by January 2018 for both medical and recreational marijuana. The move is a positive sign, given that most states suffer from delays in setting up a regulatory infrastructure for cannabis businesses.

Wholesale prices of medical and recreational cannabis fell precipitously in Colorado last year, highlighting the difficulties faced by cultivators looking to maintain their profit margins in one of the nation’s most mature marijuana markets. The average asking price for a pound of marijuana dropped by 38% in the recreational market and 24% in the medical market in 2016, according to data provided by Cannabase, a Colorado-based online wholesale platform where many of the state’s growers and retailers buy and sell cannabis.

A panel of physicians urged the state to add four more conditions to the list of ailments that qualify patients to receive medical cannabis. If the recommendations are accepted by the Connecticut Department of Consumer Protection and a committee of state lawmakers, then shingles, rheumatoid arthritis, muscular dystrophy and fibromyalgia will be added to the MMJ qualifying condition list – bolstering the market for licensed cannabis businesses.

State regulators proposed to give the seven companies currently licensed under Florida’s CBD-focused program entire control of the larger medical marijuana market. The draft rules would, in effect, close off the state’s MMJ industry to new growers and dispensary operators hoping to capitalize on the passage of a bill last November legalizing full-strength medical cannabis for a broad swath of patients. Meanwhile, state Sen. Bob Bradley introduced a bill to increase the number of licensees by an additional 20, on top of the existing seven; but the number of registered MMJ patients would first have to top 500,000.

The state health department’s seed-to-sale tracking software was deemed ready to go live Feb. 1, meaning that licensed medical marijuana dispensaries finally could begin growing MMJ. Hawaii’s new program has been delayed while the health department attempted to link its tracking system with the software used by the eight companies approved to grow and sell medical marijuana. Hawaii awarded the seed-to-sale contract to BioTrackTHC in November, and growers had been waiting since then for the software to go online.

The state’s medical marijuana market shook off a slow start and by the end of 2016 was posting record month-to-month gains across a number of categories, according to year-end data. Illinois’ 49 medical marijuana dispensaries recorded more than $36 million in retail sales last year, while cultivation centers amassed total wholesale sales of $21.9 million. For the month of December alone, dispensaries sold a total of $5.3 million in product.

Maine’s legislature unanimously approved a three-month delay in the start of recreational marijuana sales. The bill lawmakers backed stipulates that the earliest adult-use cannabis sales can begin is February 2018 instead of late this fall. The legislature backed the bill with total support from lawmakers in both chambers, who all agreed the state needs additional time to write industry regulations.

State lawmakers pushed back the opening of recreational marijuana stores by six months, dealing a blow to Massachusetts’ adult-use industry and raising concerns about the possibility of additional delays. Under a legalization measure approved by residents last November, the first rec shops were slated to open in January 2018. But House and Senate lawmakers voted to postpone the industry’s launch until June 2018 to give the state more time to set up the regulatory framework.

Unionized employees at Minnesota Medical Solutions – one of the two licensed medical marijuana businesses in the state – unanimously ratified a three-year contract with the company. MinnMed is a unit of MMJ business Vireo Health, which in September signed what it claimed was the first agreement with organized labor in New York. These cannabis-related labor contracts join a growing number in states that also include California, Colorado and Oregon.

A security researcher discovered that the personal information of more than 11,000 medical marijuana dispensary applicants in Nevada could be accessed online, a revelation that caused the state to shut down its online MMJ portal.

The state’s four fledgling medical marijuana dispensaries racked up a combined $740,000 in sales during their first few months of operation last year, indicating that the companies have a long way to go before breaking even. The sales haul was dwarfed by the $10 million the companies collectively spent to get their dispensaries up and running. A state health official acknowledged that startup costs for dispensaries in the state are “huge” but said regulators are not concerned about the long-term viability of the companies.

As of early January, more than 450 people suffering from post-traumatic stress disorder had enrolled in the state’s medical marijuana program since mid-September, when Gov. Chris Christie agreed to add PTSD to the list of treatable conditions for MMJ. The PTSD enrollees amounted to about 4% of the 10,800 MMJ patients who legally buy medical cannabis from one of New Jersey’s five dispensaries. The increase adds further momentum to New Jersey’s medical cannabis program, which has had to overcome numerous obstacles.

MedMen, a California-based marijuana management and consulting firm, acquired Bloomfield Industries, a financially troubled New York cannabis business license holder that had been unable to pay vendors and was seeking new investors. A New York Health Department spokeswoman emphasized that Bloomfield would not be transferring its license to MedMen, a move that is prohibited under state cannabis business laws. Rather, she described the transaction as a change in ownership, which is permitted

Gov. Doug Burgum signed legislation delaying the rollout of the state’s medical marijuana program by several months to give lawmakers and regulators more time to iron out the details. The law originally took effect Dec. 8, 2016, when state health regulators were to begin drafting regulations governing areas such as licensing and enrolling. But the newly signed measure suspends parts of the program. In particular, it delays the North Dakota Department of Health from issuing applications for MMJ dispensaries and receiving applications as well as handing out certificates of registration. The program’s suspension lasts until whichever date occurs first: July 31, or the start date stipulated in any new measure enabling the sale and use of MMJ. Lawmakers were beginning to draft such legislation as of late January.

A majority of doctors in Ohio said they will be reluctant to recommend medical marijuana for their patients once the state’s MMJ program launches, which could create a tough business climate for licensed companies. Roughly 30% of the physicians who participated in a State Medical Board of Ohio survey said they will not recommend medical marijuana as a treatment, and more than 40% said they are unlikely to rcommend MMJ. A dearth of doctors could limit the patient pool, which in turn could hamper MMJ sales.

The agency that governs the state’s recreational marijuana industry was swamped with nearly 2,000 adult-use business license applications in 2016, far above the 800-1,200 it expected. The Oregon Liquor Control Commission received 1,907 total applications last year. Of those applications from retailers, growers and other types of businesses, 762 had been approved by the department to begin operating.

The state’s department of health released application forms for companies seeking permits to grow or dispense medical marijuana. Applications are due back by March 20. The cultivation application fee is $210,000, and applicants must have proof of $2 million in capital on hand, though $200,000 will be refunded if an applicant doesn’t win a license. Dispensary applicants must pony up $35,000 for the application, $5,000 of which is refundable if a permit is not granted, and they’ll also have to have proof of $150,000 in capital.

Rhode Island awarded the state’s first commercial medical cannabis grow licenses to three companies in the city of Warwick. They will be allowed to sell medical marijuana to the state’s three existing dispensaries. Those dispensaries are all vertically integrated but still buy about 40%-60% from other growers. Last year, regulators adopted a law prohibiting the more than 2,800 caregivers in the state from selling product to dispensaries amid fears some of that medical cannabs was entering the illicit market. To avert a shortfall, regulators created the new grow licenses.

Washington’s two top-selling cannabis retailers were put up for sale. Main Street Marijuana owner Ramsey Hamide and Uncle Ike’s owner Ian Eisenberg, who own three storefronts apiece, teamed up in an attempted joint sale of both companies. The asking price for all six shops: $50 million.

Note: Entries sourced from Marijuana Business Daily and other national and local news outlets. These developments occurred before this magazine’s late-January publication deadline, so some situations may have changed.