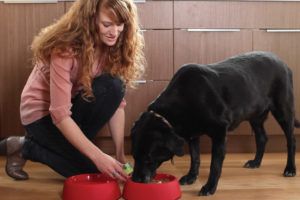 With the market for hemp-based CBD products booming, dozens of companies have surfaced across the country to pump capsules, oils and other goods into a market valued at $130 million.

Given the competition, it’s critical for these companies to make their products appealing to the average consumer, many of whom know very little about hemp or CBD. But marketing hemp CBD products has its challenges, in part because of the plant’s close relationship to marijuana.

“There’s a significant education process to the average consumer,” said Chad Reiling, marketing director for hemp at Denver-based Dixie Brands, which sells hemp CBD products for humans under the Aceso brand and for dogs under the Therabis brand. “In the marketplace, the big misconception is that hemp is a euphemism for marijuana.”

The marketing hurdles are significant:

Consequently, suppliers of hemp CBD products must get creative. Here’s a look at some of the strategies companies are using to reach consumers.

A spokesman for the nonprofit advocacy group Vote Hemp estimated there are likely 50-100 hemp cannabidiol brands offering products such as capsules, tinctures and oils.

“Since the beginning, social media has been key for us,” Harinen said. “Building a strong presence on Facebook has been a big boon for our company. We can’t engage in the conversation if it becomes close to medical, but customers can engage with each other.”

One of the company’s Facebook posts over the summer, for example, shared a newspaper article about a plan by Lehigh University researchers to study the impact of medical marijuana on children with autism. The post generated 61 “likes,” and 27 fans shared it on their Facebook pages.

On another Facebook post last January, the company shared a photo of an old $10 bill with the caption: “1914 Federal Reserve $10 bill, depicting a Hemp harvest in PA and printed on Hemp!”

The post attracted more than 200 “likes,” “loves” and “wows” from fans and was shared nearly 300 times. “Pioneers grew it!” one fan gushed.

Another business that relies on social media is Lazarus Naturals, a Seattle company that posts photographs and educational articles about hemp and CBD to generate interest in its products.

“We just try to post pictures and information that people can relate to,” said Meg Gwirtz, the company’s office manager. “We post things that are visually appealing – people using the product in everyday life.”

On its Instagram account, for example, Lazarus Naturals posted a photo of a large clear tub of its 25-milligram CBD capsules, accompanied by the caption: “#cbdcapsules awaiting packaging:)”

Denver-based NuLeaf Naturals has employees whose job is to build relationships with people who have large followings.

Shirley said that during his eight years in the cannabis industry, he’s cultivated relationships with industry influencers.

“The social media influencers we work with receive a product to sample, but more importantly, they are able to talk about a product that is exciting and generates conversation among their followers,” Shirley said. “These social media influencers also align with our vision of sustainability and organics, so they appreciate a high-quality product that their following is able to benefit from.”

Because most sales occur online, it’s critical for CBD companies to make sure they show up at the top of Google searches. For that reason, many companies focus on search engine optimization, a marketing discipline aimed at increasing visibility in nonpaid search engine results.

“Not only is a sound SEO program a best practice for any online property, it’s especially important for brands that may not be able to leverage the paid platforms that dominate the top of all search engine results pages (SERPs),” Dixie’s Reiling said. “In this instance, without good search results placement, you’re even more invisible.”

Reiling said Dixie is leveraging standard SEO practices to get its sites for its CBD brands to surface at the top of the results for key words and phrases, as well as maximizing its presence on the SERP.

“Interestingly, the search engines’ ill-informed policies don’t extend to their organic results algorithm and display, but just impact their paid networks,” Reiling said. “So we’re able to leverage the same tactics at any online property’s disposal to build our own SEO.”

Then there’s the old-fashioned, tried-and-true form of communication: Word of mouth.

All the companies Marijuana Business Magazine interviewed for this story said they rely heavily on word of mouth to spread the message about their products.

In Colorado, NuLeaf, for example, hosts booths at popular events like the Boulder Creek Festival and the Boulder Farmers Market, where the company can engage directly with consumers. That, in turn, creates a buzz.

“Since we can’t really go down a lot of the traditional marketing streams, word of mouth has been huge for us,” Shirley said. “Having a quality product gets people out there talking.”

Some companies also rely on a network of doctors who are willing to educate their patients about the merits of hemp CBD products.

In July, Bluebird Botanicals started contacting doctors who have ordered from the company. The doctors can affiliate with the company and purchase Bluebird’s products wholesale to sell in their offices. It’s also building relationships with the doctors so it can refer customers to them when they have medical questions that the company is not permitted to answer.

Harinen said the arrangement benefits all parties involved by increasing the doctor’s patient base. It also allows Bluebird to give solid recommendations to customers who want specific advice and empowers customers with professional support.

“Building a network of doctors has been really helpful,” Harinen said. “If we hear from a patient that they’ve been referred to us by their doctor, we’ll reach out to that doctor and provide answers to any questions they have. They’re just as curious as their patients.”