With 11 deals closed, last week was the busiest so far this year for M&A deals involving publicly traded cannabis companies.

Seven of the 11 deals involved plant-touching companies, with the remaining transactions in the ancillary products and services segment.

The data below, provided by Viridian Capital Advisors, is through the week ended April 5. 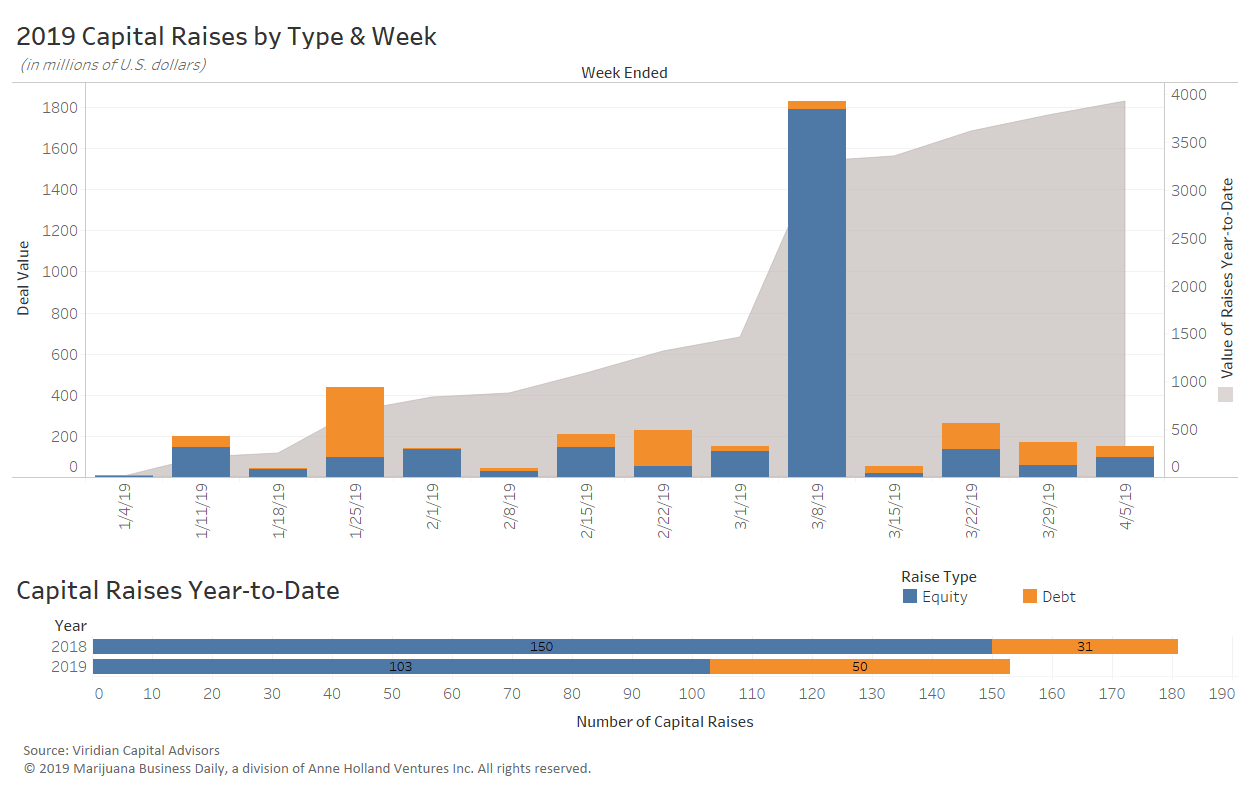 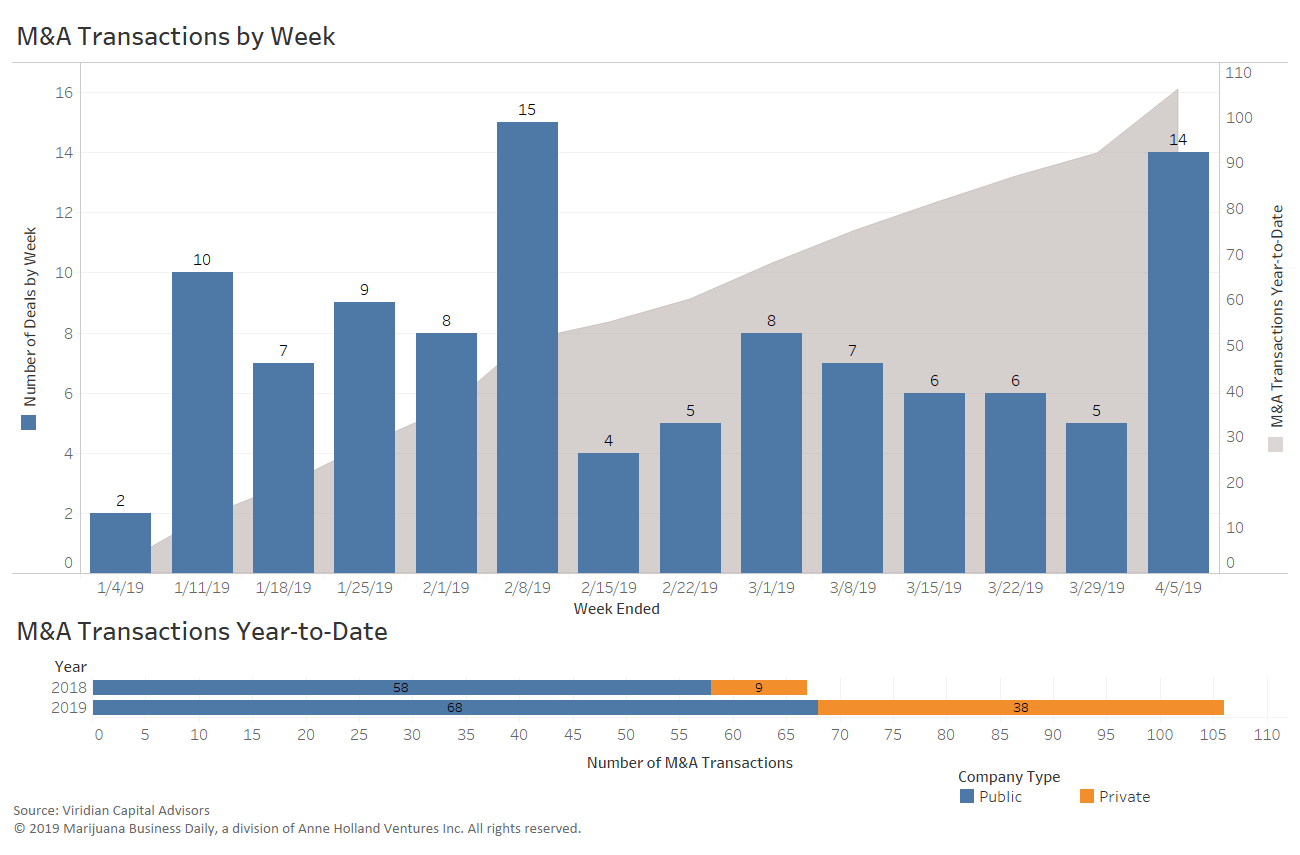