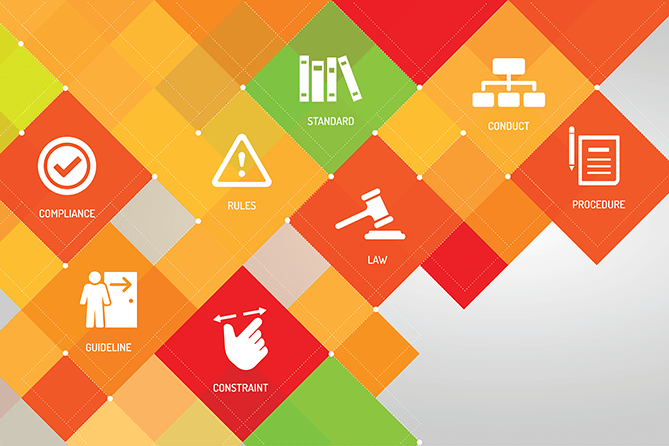 The rough-and-tumble nature of an emerging industry. Company founders with potential black marks on their record. Heavy—and often-changing—regulations.

These are among the factors that explain why the cannabis industry has a corporate governance problem. It’s a challenge that executives at publicly traded cannabis companies can ill afford to ignore, lest they risk incurring the wrath of investors and consumers—or landing in hot water.

“The cannabis industry has been the Wild West,” Vijay Sappani, CEO of Toronto-based venture capital firm Ela Capital, told Marijuana Business Magazine. “It is time for cannabis companies to focus on corporate governance.”

For starters, that means having truly independent boards composed of diverse professional backgrounds and genders, according to industry experts. It also means taking rigorous steps to ensure strict compliance with regulations, not to mention federal law.

Following are tips for how cannabis industry executives can beef up their companies’ corporate governance practices and, in the process, help their bottom lines.

Companies and lawyers operating in the cannabis industry face many of the same corporate governance issues that mainstream companies encounter—think transparency, conflicts of interest and board composition. But cannabis companies face a key challenge that many mainstream industries don’t: heavy state and local regulation.

The subsequent fiduciary duties to shareholders that companies face because of such complex regulations can place an extra burden on cannabis operators, said Charles Alovisetti, a partner and chair of the corporate department at Denver law firm Vicente Sederberg.

This becomes even more important when a company is a multistate operator, for example, and must navigate a multitude of regulations that vary by state or municipality.

“It is very difficult to follow the rules. There is such a patchwork of them,” Alovisetti said. “The regulators are also learning as they go. Companies are building their legal teams in getting up to speed and, in many ways, they are operating as startups.”

Jordan Wellington, vice president of government relations at VS Strategies, an affiliate of Vicente Sederberg, agreed.

“Once there is more distance between the top leadership and the facilities, where there is more geographic spread, then there can be less engagement with the day-to-day operations,” he said.

These are challenges Christian Hageseth, a Denver-based cannabis entrepreneur, is very aware of. Hageseth is seeking to take a franchise business model public in Canada, One Cannabis, and plans to operate a multistate business once it’s established.

“The board of directors will have to help navigate these new and complex issues and find the best options for public accountability and governance,” he said. “We will have to find ways that are compliant with every state regulation as well as federally. It is complex.”

Men continue to dominate the industry at the leadership and board levels: Among two dozen of the leading publicly traded cannabis companies in Canada, more than 90% of board members are men, according to an analysis by Marijuana Business Daily.

But that trend may be changing, and it makes sense for company executives to embrace such change given the wide variety of cannabis consumers, industry experts agreed.

Alovisetti at Vicente Sederberg, for example, said it would make good business sense for public companies to have more women on their boards, given that women are seen as a growing segment within the cannabis consumer base.

“You want to have a board of directors that reflects in some way your customer base,” he said. “At the end of the day, you are selling a product, and you have to get inside a customer’s head.”

Jeanette VanderMarel, co-CEO at Toronto-based licensed cultivator 48North, agreed. “I don’t think you can serve your customers well unless you can reflect your customer base. It really is that simple,” she said. “It’s predominately white, old men (in boardrooms). It just doesn’t reflect our customer base.”

“There is no way a monoculture, mono-gender board can reflect their community,” she noted. “And my job as CEO of a licensed company is to create shareholder value and create a company that identifies with its customers.”

Samantha Roman, president of Toronto-based Credible Cannabis Consulting, said a diverse board can produce other payoffs, too.

“Gender diversity at the board level also helps produce better purchasing and buying decisions,” she said. “Furthermore, it supports development of a broad talent pool at all levels to take advantage of over half of the available workforce.”

Outside Experience Is Key

Having people with extensive corporate experience outside the cannabis industry is also seen as increasingly important for companies seeking to avoid potential governance problems. They can share valuable business networks and bring more of an objective perspective.

Companies already are reaching outside the industry to find such experience, with three Canadian companies announcing such moves earlier this year:

At the board level, cannabis companies are taking steps to include voices from outside the industry.

Three of the five board members at Tilray are women from outside the cannabis industry, for example. Aurora Cannabis’ eight-member board includes two women with audit committee experience and an executive chair who is not a member of the company’s management team.

Board makeup aside, top executives at publicly traded cannabis companies will need to be aware that their operations and governance practices will be put under a microscope—not just by regulators but also investors and consumers.

It’s a reality that public cannabis companies both big and small will face—with the former likely to encounter the
most scrutiny.

“The larger the business, the more exponential the potential problems,” noted Wellington of VS Strategies.

Reporter Matt Lamers contributed to this story. Reach him at mattl@mjbizdaily.com.