Cheshire Creek, an outdoor marijuana cultivation operation in Washington state, suffered financial damages due to cross-pollination of its plants inside the fence from a nearby hemp farm. (Photo courtesy of Cheshire Creek)

(A version of this story appears at Hemp Industry Daily.)

Outdoor marijuana growers are reporting an increase in cross-pollination from hemp farms, a development that could mean MJ cultivators might lose upwards of tens of thousands of dollars if their plants become unmarketable as flower products.

As the marijuana and hemp industries increasingly share the same cultivation territory, the number of conflicts is likely to increase, particularly in areas with thriving outdoor cannabis cultivation.

Washington state is a case in point. In April, Gov. Jay Inslee signed Senate Bill 5276 into law, opening the state up to hemp production in response to the 2018 Farm Bill in part by removing the previous 4-mile buffer between outdoor marijuana grows and hemp farms.

ADVERTISEMENT
At least one marijuana farmer has experienced firsthand the consequences of this change in the law.

He estimated he will lose about $40,000 this year after his midsized, 600-plant farm was cross-pollinated by pollen from the male plants he said came from a neighboring hemp grower.

According to Morf, his flower is full of seeds, reducing the usable volume and overall quality and value of the crop.

He won’t be able to sell it on the wholesale or retail flower market and will take a financial hit by selling it all for extraction.

Morf has grown marijuana for three years “out in the middle of nowhere” with no other cannabis cultivators for 30 miles.

He didn’t have any trouble with his neighbors until the buffer was removed under the new hemp law.

The hemp grower who leased the land from the farmers across the road assured Morf the plants would be grown from clones.

Since Morf was there first with his marijuana operation, it was up to him to give the OK, and he took it on faith the hemp growers would remove the male plants.

Morf contacted his local and state political representatives as well as his contact at the Washington State Liquor and Cannabis Board (LCB), but he found no recourse.

To prove it wasn’t his own plants that pollinated his field, Morf pointed out that the LCB’s tracking system will show that he planted from female clones.

“We’ve gone through three years of growing, and the most I’ve seen is a female plant with one bud herming off a stem last year,” he added.

“Herming” refers to a cannabis plant developing both male and female flowers.

Morf has considered suing, but he figures it’s not worth the cost.

The hemp growers have left the plants cut down in the field and won’t be returning next year to farm that land, Morf told Marijuana Business Daily.

A similar problem is shaping up in the bordering state to the south, Oregon.

Pete Gendron, a grower in Sunny Valley and president of the Oregon SunGrowers Guild, estimated the cross-pollination issue is impacting about 8% of the state’s marijuana production.

In terms of total acreage affected by cross-pollination, it’s an increase from last year, he added.

That’s largely because the number of hemp acres has increased by about 500%.

His advice to growers looking to avoid male plants showing up in their fields: Buy your seed from a reputable provider and try to make sure your hemp-growing neighbors are using feminized seeds.

Tell them, “if you pollinate me, you’re going to be pollinating yourself, too,” Gendron said.

“That being said, it won’t save you from field walking,” he added, meaning growers still need to check to ensure their plants haven’t hermed or that no male plants have grown from seed.

“It really only takes one (male plant) to ruin your day,” he said.

In Pueblo, Colorado, the area of the state with the largest amount of outdoor-grown marijuana, the county regulators have been working to allow both hemp and cannabis cultivators to coexist.

That’s in part because outdoor-grown marijuana has been a shot in the arm to the local economy.

The general sentiment is that hemp growers should all use clones to ensure the plants are females.

“Obviously, with cannabis, even if you plant from clones, there can be mutation,” Turetsky said. “But it significantly decreases the risk.”

He said he came to the realization that it’s beneficial for his company to act in good faith toward marijuana growers.

By also only using clones, his company has avoided dealing with vendors who might be selling nonfeminized seeds.

According to Wendy Mosher, president and chief executive officer of Fort Collins, Colorado-based seed company New West Genetics, a grower will lose about 1% of total cannabinoid content if a field is cross-pollinated.

While Colorado is considered generally favorable to hemp compared to other states with marijuana programs, cross-pollination also is happening to hemp-based CBD farms in Colorado, she added.

When a hemp farm is cross-pollinated, the farmer can thresh the crop to try to salvage some of it.

Mosher said one male in a field a mile away can pollinate a crop, and it can be very difficult to determine the source.

“It’s just impossible to tell where it’s coming from,” she added.

The U.S. Department of Agriculture (USDA) acknowledges the cross-pollination issue and has set aside money to address it.

In October, the agency awarded $500,000 to a Virginia Tech research team to get better data on pollen drift.

The goal is to predict how and where pollen grains travel.

Researchers will use drones to track pollen, hoping results can inform regulations on how far growers should keep hemp and marijuana apart to prevent damaging cross-pollination. 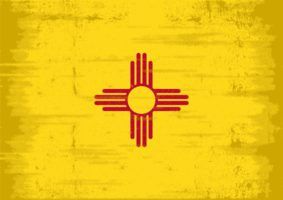