Denver Mayor Michael Hancock may be changing his mind on the question of cannabis clubs.

If the city decides to begin allowing private consumption at lounges, not only would that solve an obvious problem for tourists of where to light up, but it could also open the door for a whole new realm of business opportunities in the country’s de facto marijuana capital.

ADVERTISEMENT
Hancock had previously been viscerally opposed to allowing cannabis clubs, but told the Denver Post in a recent meeting with the paper’s editorial board that he’s now open to being persuaded.

“I haven’t said ‘Yes.’ But I have said, ‘Give me more information,'” Hancock told the Post.

Currently, there are a handful of private cannabis lounges scattered around the state, most of which subsist on membership fees and by selling snacks and nonalcoholic beverages. But Denver explicitly banned such clubs in 2013 in the run-up to recreational sales, which began in 2014.

If the ban were to be repealed, there could be a new rush to become the hottest marijuana club in the city. 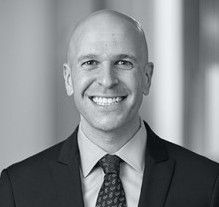