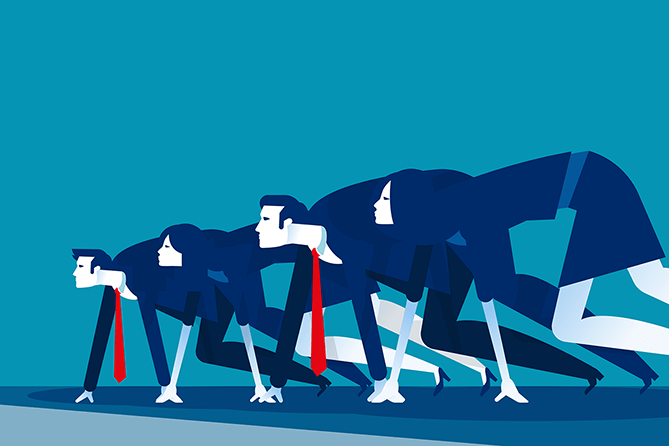 Federal marijuana reform still might be several years away, but experts say it’s not too early to prepare for that day.

Executives who entered the sector from other industries say cannabis businesses need to measure themselves in standard ways, such as by the financial metrics and models used by consumer packaged goods (CPG) companies.

Keys to preparation include getting your financial house in order (cash flow is king), protecting your intellectual property as well as strengthening your organization and brand while advocating for the kind of reform you want to see.

In the following pages, experts share what it will take to be ready when federal legalization of marijuana occurs.

“There’s a huge culture gap between those who pioneered the industry, the investors and those new to the industry,” said Lee Dorkin, founding member of Denver-based Emprouen Advisors, a cannabis management and consulting firm. Dorkin is former head of U.S. operations for Origin House, a Canadian cannabis company that was acquired earlier this year by Cresco Labs.

Often, he said, cannabis companies lack realistic financial forecasts, profit and loss statements, budgets, cash-flow projections or even a full understanding of the tax implications of running their businesses.

They need battle-tested businesspeople who can bring in that expertise, Dorkin said.

That means adopting practical management tools such as sales and demand forecasting as well as rolling forecasts. For example, a company working off an annual budget should re-forecast sales for the next 12 months every quarter.

“You have to build a financial model based on what you know today and then prepare for the future,” Dorkin said.

Such forecasting might be even more critical with the coronavirus outbreak, a capital crunch and the specter of a recession. Cash today truly is king, Dorkin noted.

While many founders have a passion for the business and technical expertise, Dorkin has found some are resistant to incorporating the data essential to developing meaningful forecasts.

One excuse Dorkin hears is a lack of data. But he noted many markets now have historical sales data, which is the basis for demand planning that feeds into “what and how much we should produce.”

“Cannabis businesses are still resistant to building a financial model based on practical inputs,” Dorkin said. “Why? Wanting to be off-the-grid, different, not wanting to be corporate.” But the basics of running a sustainable business are “absolutely applicable” to cannabis, he said.

The day of reckoning already is here for many companies—witness the carnage in California and mandatory shutdowns in some locations because of the coronavirus—and federal marijuana legalization could usher in a second day of reckoning if companies aren’t on solid financial footing.

“One of the biggest areas of contention and litigation in the future is going to be intellectual-property matters,” said David Wunderlich, senior attorney at McAllister Garfield, a Denver-based law firm specializing in marijuana and hemp law.

While it’s virtually impossible now for cannabis companies to obtain federal trademarks for much beyond their logos, businesses can still proactively protect their trade secrets, Wunderlich said.

“There’s a lot of things commonly known in the industry about processes, but plenty of companies are doing innovative things,” he said. “Those trade secrets should be treated accordingly.”

For example, make sure policies are in place to protect valuable information as much as possible from employees who don’t need to know it, and have employees sign nondisclosure agreements preventing them from divulging trade secrets after leaving the company.

Companies also need to be careful that proprietary information is safeguarded when hosting suppliers and other guests on-site. This is critical not only for competitive reasons but also if owners of a marijuana company want to exit the business after legalization.

Buyers, Wunderlich explained, “will want to be comfortable with your ownership of intellectual property.”

They won’t want to buy assets that are loosely protected or are under the strain of litigation because of intellectual property breaches.

3 Develop a consistent brand and strengthen your organizational structure

Cannabis brands don’t have as much value as they could, especially in crowded state-legal markets such as California.

One reason: Budtenders—often individuals in their 20s—have a lot of influence in what consumers buy, and their preferences might not square with a company’s overall brand strategy.

Take it from multistate operator Cresco Labs, which last year integrated its dispensary brands in 11 states under one umbrella called Sunnyside.

That’s just one element in creating a fundamentally sound and scalable company in advance of federal legalization, said Charlie Bachtell, CEO of the Chicago-based company.

Also critical is strengthening the organizational structure, in part by recruiting talent from industries relevant to cannabis such as CPG and pharmaceuticals.

For example, Cresco recently hired Greg Butler, who has a background with Pfizer, Johnson & Johnson and Molson Coors, to serve as its first chief commercial officer.

To an extent, “I think everything we’re doing is in preparation for federal legalization,” Bachtell said.

4 Lobby for reform and engage in the community

Caren Wilcox, executive director of the U.S. Hemp Growers Association, said the 2018 federal legalization of hemp is really the result of “determined grassroots people who went to Washington to tell their story.”

Farmers called on their congressional representatives and eventually began to see results. Legalization took a first step with a provision in the 2014 Farm Bill allowing a pilot hemp research program overseen by states.

Then, through that reform, a story could be told on Capitol Hill of “real, verifiable success and real products,” Wilcox said.

But Saphira Galoob, founder and CEO of The Liaison Group, a Washington DC-based cannabis lobbying firm, said marijuana companies also need to think about their “local influencers,” which include community leaders, chambers of commerce and social or service groups.

Reach out to those constituencies, Galoob advised, and let them know you want them to feel comfortable with your presence in the community and that you’re committed to be a good corporate citizen.

“The more we normalize ourselves, the more normal we become,” Galoob said.

Ancillary companies also can be a powerful and credible advocate for reform.

In fact, support from the American Bankers Association, National Credit Union Association, real estate groups and others helped tip the scales leading to the U.S. House of Representatives’ momentous passage of cannabis banking reform in 2019.