(This is the sixth installment in a series examining sustainability in cannabis cultivation. Read Part 5 here.)

Maintaining healthy soil can help cannabis cultivators reduce their impact on the environment by using less water and fewer additional nutrients, as well as reducing waste.

One common approach to achieve these goals is using what’s often known as “living soil.”

That’s opposed to the common cannabis cultivation practice of using soil or other grow media that’s drenched in synthetic nutrients then disposed of after plants are grown.

Cannabis grown with living soil can also create healthy plants that don’t need as much pesticide or fungicide to fight off predators and disease.

Advocates of living soil say that not only does it require less resources to grow cannabis at comparable yields, it’s also cost-effective.

“Living soil is much cheaper in the long run,” said Tom Moylan, director of cultivation for Culta, a cannabis company based in Bethesda, Maryland, that runs an outdoor grow.

Initially, building up that soil with organic inputs can be a larger upfront cost than using other grow media. But Culta will start saving money by the second year, Moylan said.

When Culta started its grow operation, the company needed 20 tons of soil, according to Moylan. If the company hadn’t been using living soil, those 20 tons would need to be replaced every year.

“A huge advantage of a living-soil raised bed is we add the soil and mix the nutrients the first year, and it goes in those raised beds and should be good for years to come,” Moylan said.

Culta’s cultivation operation is in Cambridge, Maryland, near the coast, and Moylan’s goal is to mimic that regional ecosystem, including a sandy soil base underneath the raised growing beds.

To reduce erosion while aerating the soil, Culta adds cover crops, including clover, which also puts nitrogen back into the soil, eliminating the need to synthetically add that nutrient.

This type of cultivation does well in seasons of drought and extreme heat, Moylan said, because the dirt naturally retains moisture.

To ensure the plants are receiving the correct amount of nutrients, Culta sends batches of soil to be tested frequently – at least every grow season, if not every couple of months – by both a cannabis lab and soil consultant.

Living soil can dramatically cut down on trips to the landfill and lower overall water use, not to mention the financial savings.

Brie Kralick, director of cultivation operations for Hava Gardens, a cannabis company in western Colorado that operates a greenhouse cultivation facility, estimates her company is saving tens of thousands of pounds of soil from being thrown out each year.

That translates to roughly $80,000 a year in savings from not buying new soil, she added.

Another way living soil reduces waste: Cannabis plants don’t have to be flushed at the end of their flowering cycle, meaning they don’t have to be heavily irrigated to flush out the taste synthetic nutrients leave behind in the plant.

Hava Gardens also tries to recapture its wastewater for landscaping on-site and plans to use it for an herb garden that will grow the inputs for the compost tea commonly used by living-soil cultivation operations.

“There’s definitely more things we can do with that water,” Kralick said.

Like Culta, Hava Gardens adjusts its soil amendments based on the data it receives after sending dirt samples to a laboratory.

Kralick is often looking at levels of nutrients such as potassium, nitrogen and phosphorous.

A grower can send away a sample for as little as $50, but it does get more expensive if additional data is requested.

As well as soil testing, Kralick recommends growers consider sending in tissue samples, which will give a grower more immediate feedback about how plants are performing.

“That way you can make smarter decisions,” she said. “We always want to optimize for yield.”

For growers new to living soil, Kralick suggests seeking out literature written by Jeff Lowenfels, author of the “Teaming With …” series, which are books about organic growing practices.

Building up healthy soil takes patience and care, but if done correctly the growing medium will only get better with age.

So said Brian Malin, founder and CEO of Vital Grown, a cannabis flower company based in Ukiah, California.

“Make long-term decisions, not quick decisions,” he said. “A lot of people see gradual improvement throughout the years.”

Those improvements play out in the form of better yields, including higher terpene and cannabinoid content for flower as well as higher resin content for biomass being sold to extractors.

“When done properly, a living-soil situation should be comparable to a synthetic application,” Malin said.

“There may be a slightly higher yield with synthetic nutrients, but you may be sacrificing terpenes and cannabinoids.”

Malin added that since living soils generate their own nutrients, a grower saves time and money by not having to constantly add those amendments. Plus, it’s easier on the environment.

“Dumping organic fertilizer on your plant versus a synthetic fertilizer is much better for the planet,” he added. 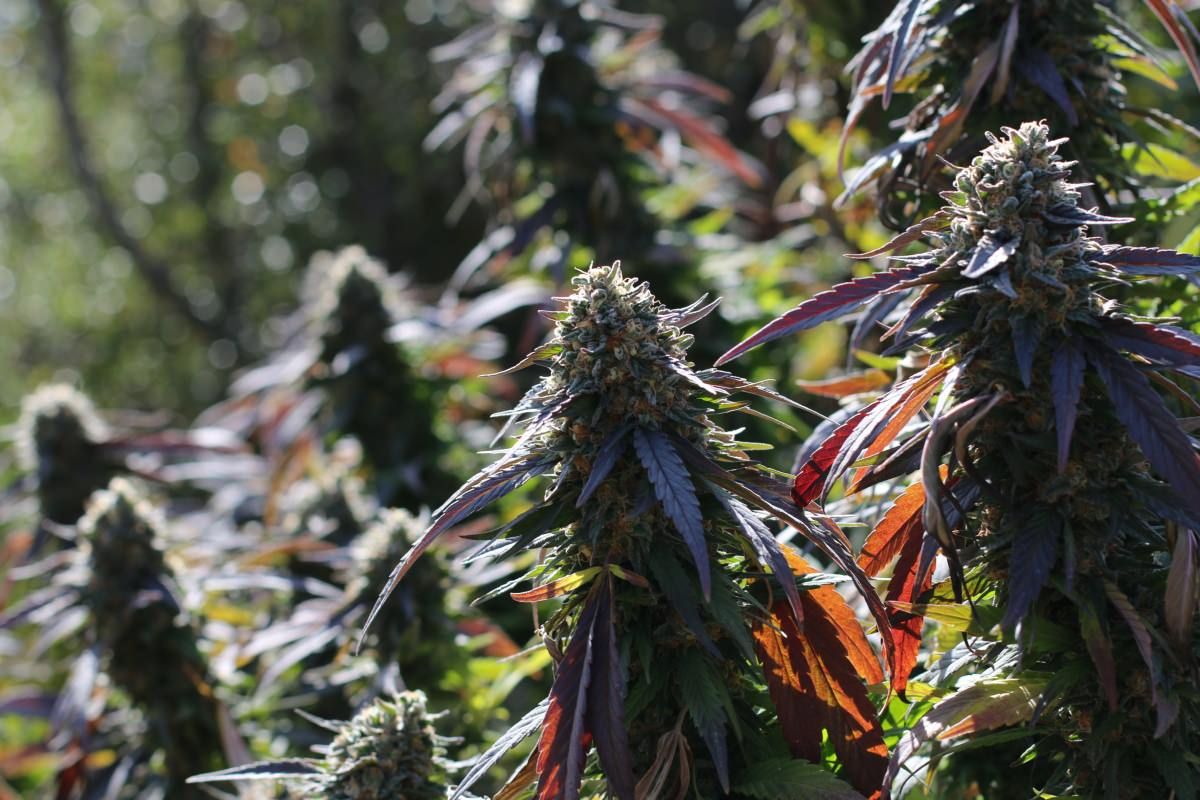