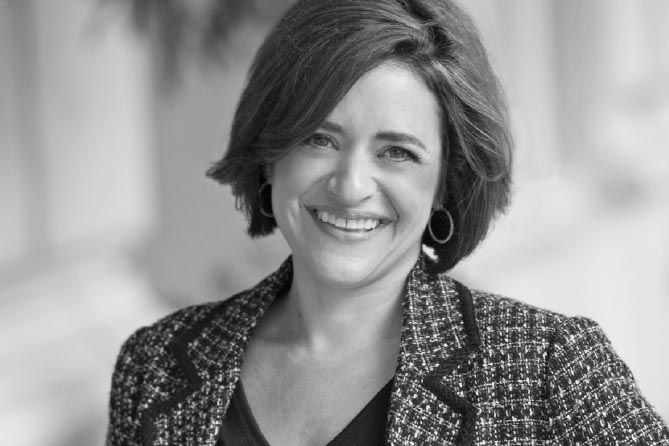 As the first marijuana analyst at a major investment bank, Vivien Azer will likely go down as a pioneer for bridging cannabis with the mainstream financial services industry.

Azer’s influential journey began in 2014 when Cowen and Co. lured her away from a successful career at Citigroup with the assurance she eventually would cover cannabis.

Azer got that opportunity in September 2016, when she initiated Cowen’s coverage of the cannabis sector. Since then, she’s initiated coverage on the Canadian cannabis market – specifically Canopy Growth Corp., one of the nation’s largest licensed marijuana growers – as well as Kush Bottles, an ancillary packing and accessories firm in California.

Marijuana Business Magazine spoke with Azer about whether Wall Street takes cannabis seriously, how she determines which companies to follow and which sector of the MJ industry bears watching.

How seriously does the financial services sector take the cannabis industry?

Right now, we are the only notable sell-side shop that is doing comprehensive work on cannabis on the consumer side.

The institutional investor interest has been quite high, as kind of evidenced by our “Cannabis Colloquium” (in January). We had over 200 attendees, including a number of notable institutional investors (including Blackstone Group, Fidelity Investments and Janus Capital Group). So over time I would not be surprised to see a competitor firm follow given the institutional interest, given the sizable revenue opportunity for the category as the industry continues to formalize. As the regulatory landscape evolves, certainly I think that would attract interest.

Because it’s such a new industry where information can be hard to find, how do you deal with the challenge of getting reliable information?

My research process always starts with the consumer and understanding consumer trends.
Cannabis was incredibly synergistic in terms of doing our initial work on the consumer, because there is a huge amount of historical data that is free if you know where to look. So we can look at cannabis incidents by age cohort, by gender, by income level. We can look at it nationally, at the state level, all of which was incredibly helpful.

And in legal markets, because they’re highly regulated markets, the state regulatory agencies are being incredibly transparent around product sales. So there’s actually quite a lot of data out there if you want to find it. Because if you don’t know how big the category potential is, then you don’t really know what the opportunities are as you look at the individual players in the market.

In terms of the coverage decision, in the United States I cover Kush Bottles, and that one seemed best fit for my coverage because there aren’t a ton of pure cannabis plays that are publicly listed. And this one does not touch the flower but is a direct beneficiary of the growth in the industry. And so that seemed like the best option for my institutional investors.

More recently we initiated coverage on the Canadian market, of Canopy Growth. There are a number of very good operators in Canada. Canopy Growth made the most sense because they’re the market-share leader.

Is it a lot easier to cover plant-touching companies if they have a federal go-ahead?

Certainly. I think the pathway to legalization has driven such a robust public market in Canada, where you’ve got close to a dozen publicly traded entities with a combined market capitalization of $4 billion. And that’s for a medical industry we think is generating $160 million in revenue.

What those valuations, and the ability of these companies to raise capital, really reflect are the pending legalization of adult use.

Are there any sectors within the cannabis industry that you especially like?

We have a very constructive view of vapor.

What really informs that is what I see in terms of nicotine-consumption patterns, in particular among younger adults. The core nicotine enthusiasts are cigarette smokers, but behavior is changing pretty dramatically with the evolution of e-vapor — in particular open systems.

Our nicotine survey work suggests that among 18- to 25-year-olds who use open systems exclusively, 45% of them have never smoked a cigarette.

If you think about how that translates into cannabis consumption, clearly vapor is a form that they’re familiar and comfortable with. So we think there’s going to be a pretty big shift away from combustion and into vapor.