Lawmakers in four states plan to submit bills that would legalize marijuana for adult use and tax cannabis sales, spurred by similar successful measures in Colorado and Washington.

State representatives in Rhode Island and Maine will announce in a teleconference tomorrow their intentions to introduce marijuana legalization bills for debate next year. Lawmakers from Vermont and Massachusetts have also indicated they will submit similar bills for consideration next year.

Legalization is expected to open new doors for existing MMJ businesses and entrepreneurs who want to tap the recreational market, creating opportunities not only for companies that cultivate and sell cannabis but also for those that provide support services and products. The medical marijuana market is currently valued at between $1.7 billion and $2 billion. If you throw recreational users into the mix in several states, that number could easily double.

Robert Capecchi, legislative analyst for the Washington DC-based Marijuana Policy Projec (MPP), said the nation is quickly reaching a tipping point when it comes to attitudes toward cannabis, as evidenced by the growing number of states adopting MMJ laws, the election-night wins in Colorado and Washington, and polls showing that half the country backs legalization.

Most cannabis professionals believe that legalization in Colorado and Washington will encourage other states to move in the same direction. At the National Marijuana Business Conference in Denver last week, Rob Kampia of MPP predicted that Rhode Island would be the next state to legalize marijuana for recreational use.

So how likely is it that any of these states will actually legalize marijuana in the near future? A lot more likely than it was before the elections. While it will be an uphill battle, all four states already have medical marijuana laws on the books, and polls have shown solid support among residents for outright legalization. Also, the more states that introduce legalization bills, the more likely one will pass such an initiative. 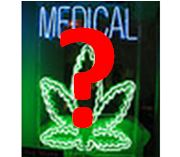