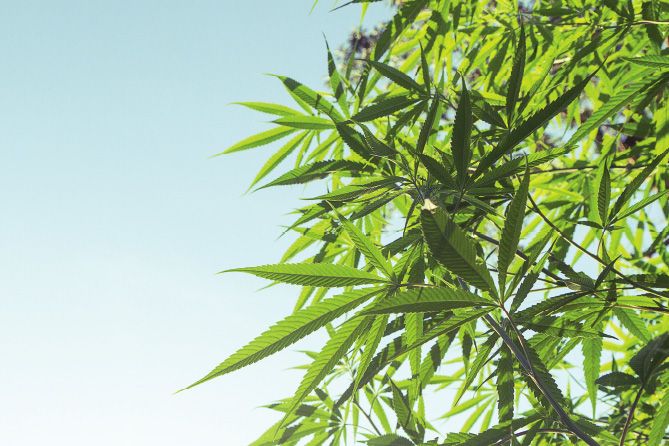 Given the small number of equipment manufacturers, hemp farmers must jury-rig their own solutions or pony up for pricey harvesting gear

More than 30 states allow hemp cultivation under provisions spelled out in the federal 2014 Farm Bill.

But farmers are struggling to find suitable equipment to harvest and process the plant.

Hemp has a fibrous stalk that can destroy machinery used for other agricultural crops such as hay. In one instance, for example, a combine caught fire after large, tough hemp stalks jammed the gears.

Hemp farmers, as a result, face obstacles that require deep pockets and/or creative thinking to navigate. The harvesting equipment, for starters, is pricey. A new combine can cost hundreds of thousands of dollars, and specialized equipment manufacturers are few and far between in North America.

Consequently, some farmers have sought to modify their own machinery in such a way that it can harvest hemp, a plant used to make health foods, organic body care, clothing, construction materials and plastic composites. But a makeshift solution requires skill and patience – and it may be necessary to work with the equipment manufacturer to come up with a suitable fix.

“One of the biggest issues is the lack of equipment,” said Damian Farris, director of agronomy at Colorado Cultivars, a Denver-based company that grows and wholesales industrial hemp. “The equipment that’s out there in Europe and Canada is to harvest the grain. We need to harvest the grain and the flower to make it viable for farmers to grow a crop that’s federally illegal.”

Hemp-specific harvesting equipment is lacking because the fledgling industry hasn’t generated enough demand to motivate manufacturers to make it, according to John Finamore, executive director of the National Hemp Association (NHA), an organization that supports the growth and development of the industrial hemp industry.

Roughly 10,000-15,000 acres of hemp are planted nationwide each year, with the majority of that in Colorado. Most of the plants are on plots of 10 acres or less, so it doesn’t make sense for farmers to purchase expensive equipment.

“There hasn’t been the scale yet to necessitate a lot of sophisticated farming equipment,” said Finamore, a Colorado hemp farmer who grows about 200 acres of the plant. “If some of that equipment were available to some of the local farm dealers it would probably get some rental use.”

While sowing a crop is relatively easy using a corn planter that distributes seeds one at a time, mature hemp plants have tough stalks that make harvesting them difficult. So what’s a farmer to do if he or she wants to cultivate a sizable hemp crop?

One option is to retrofit existing harvesting machinery.

That’s what Colorado Cultivars opted to do. The company works with seven different farms around Colorado and currently has about 1,400 acres of hemp under cultivation.

When Colorado Cultivars started farming hemp in 2014, it used an older combine to harvest its crop. But the machine kept catching on fire when the plants’ tough stalks got caught in the gears, Farris said.

The company ended up buying a new combine and has been working with the manufacturer to develop a head specifically designed to harvest the plant material and seeds and leave the stalk in the ground. Farris declined to disclose the manufacturer’s name.

“The stalk is what causes the problems,” he said. “This combine is newer and hasn’t been worn out, so it has more torque and ability to break the stalk.”

If you don’t want to jury-rig your own harvesting equipment, you can turn to a manufacturer for a solution. But purchasing equipment is an expensive proposition – a combine can cost as much as $500,000.

“Most farmers are growing for flower, so they can pick by hand,” said Courtney Moran, an Oregon-based cannabis counselor and attorney at Earth Law. “But if they’re cultivating for grain, they have to borrow or buy equipment.”

But farmers have only a limited number of manufacturers from which to choose, particularly in North America. Below is a sampling from this country and abroad:

Help From the University of Kentucky

Looking ahead, help may be on the way from Kentucky. The state is home to one of the nation’s largest hemp crops. And the University of Kentucky has been working to develop machinery that farmers can use to harvest the plant.

In this case, the university was recruited to come up with a solution. In the summer of 2015, a participant in Kentucky’s hemp pilot program approached the university’s Department of Biosystems and Agricultural Engineering and offered to bankroll a project to design a harvester. The funder wanted to have a prototype developed by Sept. 1 of that year.

The result was the Wildcat: The hemp harvester cuts and gathers flower tops from crops in the field, sweeps them onto a conveyer and shoots them into another conveyer riding alongside the machine.

To develop the Wildcat, the university’s engineers relied on existing technology. According to a March 2016 news release, engineers used the grain head from a combine and cherry-picked a number of useable parts. The Wildcat can hook up to any tractor with a front-end loader with a standardized connection, according to the university’s news release. Electricity powers the harvester.

“Most implements use hydraulic power, but that would have made it harder to move from tractor to tractor,” Tim Stombaugh, an extension agricultural engineer for the university, said in the news release. “We put a generator on the back of the tractor to create power for the harvester. All of the equipment can fit on the back of a gooseneck trailer, so it’s very easy to move from one machine to another.”

It’s unclear when and if the Wildcat will be available for commercial purchases. Stombaugh declined to be interviewed for this story. The harvester spent 2015 on the university’s campus and was scheduled to work in the field last year.

The biggest hurdle to producing any type of textile crop is finding an industrial decorticator, a machine that peels off the fibrous outer layer of the hemp plant. One of the few, and perhaps only, U.S. companies to have its own large-scale decorticator is Industrial Hemp Manufacturing in Spring Hope, North Carolina. The company plans to use the German-made decorticator to process its own hemp as well as the plants grown by other cultivators.

The dearth of processing equipment for sale in this sector has forced hemp farmers to look overseas. Earth Law’s Moran said she recently heard that someone in Colorado purchased a decorticator from Australia. Because the equipment is so expensive, it’s likely that several farmers will share it, she said.

“Trying to develop a fiber industry is not a reality until we have the proper processing equipment,” Moran added. “The equipment is available (in Europe and Australia), but it’s a matter of getting it here. Different groups are working to bring the proper equipment for harvesting and processing. But it’s a catch-22 – we can’t build a market (for the equipment) until we actually have seed in the ground.”