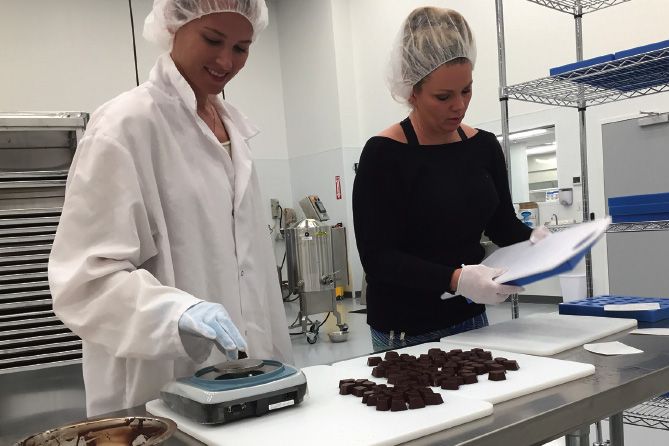 Drivers of performance cars and consumers of marijuana edibles have one thing in common: They’re both focused on speed.

At least that’s what several edibles manufacturers are betting on – and they believe it will be the next major wave to sweep the infused product market.

Companies across the country are shelling out money on research and development based on the assumption that medical and recreational marijuana users don’t want to wait 30 minutes or longer for their edibles to kick in. The reasoning: Consumers are an impatient bunch.

“It fits the American culture so much better to have things that are faster-acting,” said Michael Devlin, co-founder and CEO of the Seattle-based infused product company Zoots, which is developing a line of fast-acting edibles. “We’re Americans. We want it now.”

Traditional edibles take anywhere from 30 minutes to several hours to deliver their impact. By contrast, fast-acting edibles makers claim their products can take less than 15 minutes for the THC and CBD to take effect.

Two products that best-suited for this are:

Jake Heimark, the founder and CEO of Plus, in Palo Alto, California, has developed Plus Gum, a fast-acting sublingual medical product sold in 25 and 50 milligrams of THC units that the company says take less than 15 minutes to work.

“Many edibles take hours to take effect,” he said. “That’s just not similar to the way that alcohol works or other medicines work.”

His company was looking for a product that released the cannabinoids faster. Sublingual absorption under the tongue has been found to be faster acting across many traditional medications.

“Turns out it’s true in cannabis as well,” he added.

Lonnette Alexander – director of research and development and quality assurance for Kiva Confections, based in Oakland, California – came to cannabis from a career working with over-the-counter medicines.

She looks at edibles this way: “Fifty percent of the population sucks and 50% of the population chews. If you suck on the product you’re going to get absorption right into the bloodstream, sublingually and buccally.”

Kiva Confections has a 2.5-milligram chewable tablet mint called Petra that, depending on the individual, takes 10-30 minutes to kick in.

At 1906, a chocolates edibles company based in Commerce City, Colorado, CEO Peter Barsoom is using a technique his firm borrowed from the pharmaceutical industry called lipid microencapsulation. The company encapsulates the THC and CBD in a coating made up of medium-chain fatty acids, allowing the cannabinoids to sail past the stomach and enter the small intestine, liver and blood stream “significantly faster,” according to Barsoom.

“Lipid microencapsulation is like the bullet train with the THC and CBD as passengers,” he explained. “When you ingest it, it goes from your stomach into your small intestine and liver significantly faster than any other edible.”

Lipid-based drug delivery systems are one technique edibles companies are experimenting with to increase water solubility and absorption, therefore increasing bioavailability. Among pharmaceutical drugs, ciclosporine – an antirejection medication that suppresses the immune system – has seen increased efficiency through a lipid-based delivery system.

According to Barsoom, it should take consumers 15-20 minutes to feel the effects of the cannabinoids in a fast-acting edible.

Because they are more complex, fast-acting edibles are more expensive to produce than regular edibles, and so they command a higher price.

1906 sources a different single strain of marijuana for each accompanying effect. For its dark chocolate energy product, Go, the company uses the sativa strain White Out. For the dark milk chocolate relaxing product, Pause, 1906 uses the indica strain Pokie.

Heimark said Plus’ edibles are “market competitive” and he sees only more growth ahead for this type of product.

“There’s a large portion of the market that, as people get more familiar with edibles, will gravitate toward fast-acting,” he predicted. “The edibles market is the fastest-growing segment of the market, and for a reason. The user experience. And it’s only going to get more popular.”

Creating fast-acting edibles is more difficult than traditional infused products, given the complexity of the human body’s biological system and a host of other factors tied to absorption of THC and CBD.

Devlin, for example, said he and Zoots have found developing this particular style of edible “pretty darn challenging.” One main hurdle has been creating a fast-acting product without altering the natural state of the cannabis. Zoots officials would like to create nanosized cannabinoid particles that have a better chance of being absorbed through the body’s membranes. But they haven’t perfected it.

Still, Devlin believes it’s worth the effort. “We definitely feel that this is important to the industry and also to the consumer,” Devlin said.

Compared to alcohol consumption, where a consumer will sit and drink multiple beers over the course of a few hours, marijuana consumption is more often an “all-at-once than sit-around-and-wait kind of experience,” Devlin said.

He sees low-dosage, fast-acting edibles as a way to normalize consumption and make it more social.

Could this trend revolutionize the industry?

“I truly believe it will,” Devlin said. “I think it will end up being the new way edible products are manufactured and consumed.”