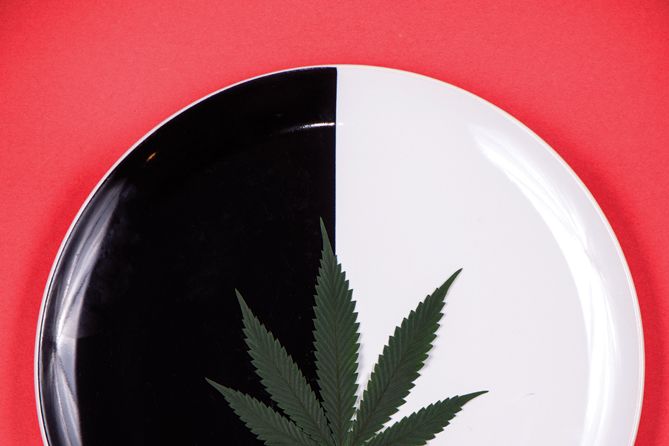 Accurate and consistent dosing of edibles is among the biggest challenges facing the cannabis industry. Marijuana businesses can earn a bad rep in the eyes of the public as well as state and federal lawmakers from reports about chocolate bars containing all the THC at one end of the bar – or consumers who “green out” after ingesting unevenly dosed products.

This hasn’t been lost on edibles makers. Many are increasingly taking a more scientific approach to their craft. Visit the better edibles manufacturing companies and you’ll discover more than just a kitchen. You’ll find a facility that is part kitchen and part laboratory, equipped not only with baking pans and ovens but also lab-grade scales and food-extruder machines that help products maintain their shape.

These producers rely on a blend of mathematical and culinary skills. They craft their products in small batches to better control dosing. They adhere to strict formulas and tried-and-true ratios of non-THC ingredients to infused ingredients. And they test their finished products meticulously.

“Accuracy has a lot to do with testing and pure mathematics,” said Emily Bercow, co-founder of Utopia Farms, a Santa Cruz, California-based grower that also makes award-winning medical marijuana-infused macaroons and other edibles. “It’s about getting down a formula, following that formula and testing that formula frequently.”

Among the surest ways to control and test your products is by producing them in smaller sizes and batches, edibles makers said.

Why mini-sized edibles? It’s easier for patients to regulate their doses when the product comes in small serving sizes rather than one big piece that must be broken apart. For example, one mini-cannabis pretzel might be sufficient for one consumer, while someone else may prefer several pretzels.

“Each pretzel in that batch will have the same potency because of how we incorporated the sauce on the pretzels,” Carella said.

Most of Carella’s products are coated in a sauce infused with THC. For example, the sauce that coats the pretzels contains 28 different ingredients, such as spices, herbs, rice vinegar and soy sauce. Carella begins with cannabis-infused coconut oil, which is mixed with the wet ingredients. The spices and herbs are then added to that.

Achieving accuracy and an even spread of cannabis-infused oil or butter in your product also requires finding the right ratio of non-THC ingredients to infused ingredients.

“With a consistent process you can achieve consistency,” Carella said.

Bercow agreed, but she noted that while there is nothing complicated about being consistent, it does require discipline.

“It’s not hard. It’s just a matter of following a standard and following that formula you put in place. And if you don’t have a formula, you’re not going to get the same results every time,” Bercow said.

For example, Utopia’s macaroon recipe calls for a certain amount of coconut oil per batch – specifically, 270 grams of coconut oil per gram of cannabis-infused oil. It’s possible to correct a recipe if one deviates from that ratio, but it costs time and money.

Formulas are even more critical for edibles makers that work in big batches, like BlueKudu, which makes a variety of medical and adult-use chocolate bars. The Denver company produces about 2,000 bars per batch. Most bars contain 100 milligrams of THC or CBD, and each bar is sectioned off into 10 pieces of 10 milligrams each.

“Our whole recipe for our chocolate bar goes into one tank with an industrial mixer and we add (cannabis-infused) oil as an ingredient to the recipe based on the potency of the oil,” BlueKudu CEO Andrew Schrot said.

More potent oil means less is required per bar. BlueKudu staff members, meanwhile, will determine how much flavor oil and chocolate need to be added, taking into consideration the bar’s weight and the infused oil’s potency.

Schrot also believes that methods can make a difference in how evenly the infused oil is spread among the other ingredients. The more evenly it is spread, the more likely the THC or CBD will be equally distributed throughout the final product.

For example, rather than simply adding infused oil to chocolate and then mixing and cooking the ingredients right away, Schrot likes to pour about half the chocolate he needs into BlueKudu’s industrial-sized mixing tub. Employees then add the infused oil, followed by the rest of the chocolate. Schrot allows the ingredients to sit overnight so they are more evenly distributed before being cooked.

To do this, the members of his kitchen staff arrive at 6 a.m. and complete their preparations by noon. In the last two or three hours of their shift, they prepare the chocolate and the infused oil in the machine for the next day’s batch. The ingredients gradually combine in the machine overnight for 12-18 hours.

“That helps it become homogeneously mixed before it’s actually made,” Schrot said.

While the above methods help edibles makers achieve accuracy and consistency, there is no certainty without testing. The most accurate and evenly distributed edibles are tested numerous times during the production process.

For example, Auntie Dolores tests the potency of:

Jaime Lewis, CEO of Colorado-based Mountain Medicine, which makes chocolate-covered marshmallows and other infused sweets, tests the raw trim – the leaves around the flower that have been trimmed away – that she mixes into her butter when it comes in. She next tests the trim again after decarboxylation – a key process that affects potency – and then tests the final product.

“That way I’m able to get a consistent THC dosing throughout all my baked goods,” Lewis said.

Testing’s benefits don’t stop with product accuracy. Over time, the results – if retained and analyzed – can help an edibles business standardize its production methods. That, in turn, improves product consistency and reduces costs, Lewis pointed out.

Lewis and her staff record their test results and other data on spreadsheets. For example, during decarboxylation, they record the temperature at which the trim was baked, how long it was baked, and the THC levels afterward. That way, Lewis and her team know that if material comes back testing at, say, 11% THC, they can calculate how much THC they’ll get off the raw trim and how much trim should go into the butter batch.

Lewis also advised producing throwaway batches that you overcook or undercook under certain conditions so you can establish upper and lower limits for temperature and time.

“We track a lot of data and use lab-quality scales. That makes us better producers. And trim isn’t cheap, so we want to know how to get the most out of the trim,” Lewis said.

California-based Utopia, which does multiple tests during the production process, has a “library” of about 3,000 test results across all its product lines, Bercow said. That allows the company to “formulate different analyses” and “use our testing to refine our processes.”

Despite these advances in accuracy, some variability is hard to avoid. Some states have set parameters that edibles makers must meet – like Colorado, where a 15% variability in dosing is permitted, according to BlueKudu’s Schrot. That means that if a product like a brownie is listed at 100 milligrams of THC on the package, it must have at least 85 milligrams and no more than 115.

But edibles makers don’t necessarily aim to hit such a limit. Schrot, for example, strives to limit the variability in his products to 8%, well below Colorado’s limit. Utopia shoots for a maximum variability of 10%-12%.

Because variability is inevitable, Utopia’s website allows customers to look up batch numbers – which can be found on the packages – and see what potency the products in a certain batch tested for. So, if a macaroon package says 50 milligrams, the patient can see if it is closer to 45 milligrams or 55 milligrams.

“Customers have a right to know,” Bercow said.