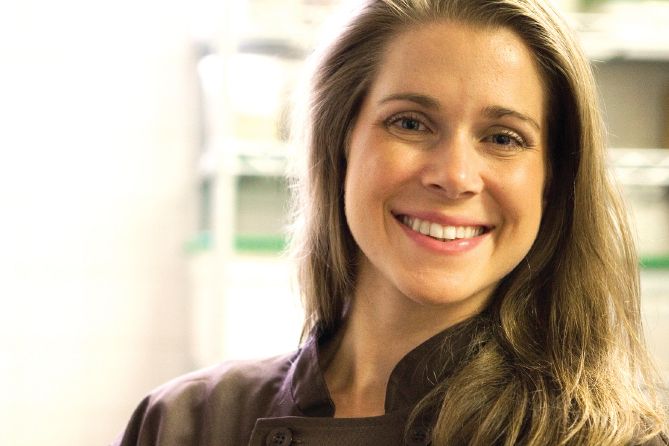 The team behind Coda Signature is relying on several ingredients to transform its premium infused products into a national brand: high-quality Latin American chocolate, a nationally acclaimed chocolatier, affordable prices and an expansion strategy that includes both licensing and company-owned facilities.

Coda Signature has spent the last two years whipping up award-winning edibles, including truffles, candy bars and single-serve treats dubbed hot chocolate on a spoon. Earlier this year, the Colorado company launched a line of concentrates.

Coda Signature – with corporate offices in Denver and a production facility in southern Colorado – is now eyeing the national market and Canada. It plans to expand sales in Colorado, carve out space in California and plot new markets nationwide, co-founder and CEO Mark Grindeland said.

“Our hypothesis in our business plan is that at some point the feds will step in to either declassify or decriminalize cannabis – legalize it – and when that happens it will open up the doors for interstate commerce,” Grindeland said. “So the goal of the company is to build large manufacturing and distribution hubs that are located regionally to serve certain parts of the country.”

The 40-person business makes medical and recreational products. It started shipping four items at the end of March 2016. Fast-forward to the close of 2017: Coda Signature boasted 21 edible and topical products across 333 MJ stores. Revenue surged 270% percent from 2016 to the end of 2017, when the company became the No. 2 infused chocolatier in Colorado by way of market share. Grindeland aims to triple revenue growth from 2017 to 2018.

When Coda Signature was getting started a few years ago, Grindeland and his co-founder, Elizabeth Cooke, were unimpressed by the edibles on the market. Products were often covered in “really crappy packaging” and “tasted like you were eating a mouthful of cannabis that had some afterthought of chocolate or whatever the product was,” said Grindeland, a consumer brands veteran who previously worked with American Express, FedEx, Nissan and other major companies and also launched and sold his own businesses.

“What we did is we flipped it around,” he added. “I looked at our inspiration as some of the top chocolate companies in the world, not in the cannabis space. One of our inspirations was a company called Vosges, out of Chicago, that produces some of the world’s best not-infused chocolate. We said, ‘You know consumers in the cannabis market should have the same access to that kind of quality without having to compromise simply because it has cannabis in it.’”

“Lauren’s love of chocolate has been the driving force behind her creativity in developing award-winning products for Coda Signature,” Grindeland said. “She understands that more than any other food, chocolate has a special place in our lives.”

Coda Signature buys a mixture of dark, milk and white chocolate directly from Valrhona. The company sources the chocolate from its cocoa farmers in South America.

To make its cannabis oil, the company relies on supercritical carbon dioxide extraction to extract the oil from the plant flower. Coda Signature and other advocates of CO2 extraction contend it produces a “clean” cannabis oil that’s free of contaminants – versus butane extraction.

“CO2 is a naturally occurring compound that leaves behind no residues,” Coda Signature notes on its website. “No additives, toxins, heavy metals or hydrocarbon materials come in contact with our essential cannabis oil.”

Sifting out an Exorbitant Price

When the time came to set a price for its edibles, Coda Signature essentially wanted Godiva-quality chocolate at Hershey’s prices.

“I wanted people to view our product as something they could have any day,” Grindeland said. “It doesn’t have to be a special event or a gift. That’s why we priced ourselves at the midpoint of our competitors .”

Coda Signature’s candy bars and truffles – which come in serving sizes of six and 10, respectively – are generally priced in stores from $18 to $24. Single servings of hot chocolate cost $6-$8.

To set prices, Grindeland said, Coda Signature needed firsthand experience to understand how to differentiate its brand. The team studied the Colorado market by trying competitors’ products and comparing price, packaging and merchandizing. The company’s efforts helped it gain traction.

Self-distributing also helped, Grindeland said. The delivery team supplies its products directly to retailers, using the visits as an opportunity to talk with and train budtenders about quality and what to expect in terms of experience.

BDS Analytics’ retail tracking data shows that in almost two years – seven quarters – Coda Signature has claimed a 26% dollar share of Colorado’s adult-use stores, making it the No. 2 infused chocolatier in the market as of the fourth quarter 2017.

Now that Coda Signature has gained traction in Colorado, the company is ready to go national, Grindeland said. In January, he brought on confectionary veteran Patrick Zachary to make that happen.

“Patrick is the perfect complement to Lauren’s artistry. He brings the experience and expertise to help Coda Signature scale on a national and international basis,” Grindeland said.

Zachary has handled operations for major confectioners. Most recently he worked for Enstrom Candies in Grand Junction, Colorado. And before that he served as president of his family’s own company, Zachary Confections out of Frankfort, Indiana.

Establishing a brick-and-mortar production facility in California is already in the works. For Nevada and/or Canada, Coda Signature could explore licensing its brand to a local partner. Under that model, instead of building a 30,000-square-foot manufacturing facility on 10 acres like it did in Trinidad, Colorado, Coda Signature would share profits with and invest in large-scale cultivators. The company’s own team would make the products and likely maintain control over operations, sales and marketing in such joint ventures.

“This model allows us to be more efficient with our capital,” Grindeland said.

In Massachusetts, New York or Pennsylvania, Coda Signature would build its own production facilities to serve the East Coast. The company is also eyeing Florida to eventually create a presence in the southeast, as well as Michigan, Illinois or Ohio for the Midwest.

“What you do is you kind of hedge your bets like we did in Colorado, where we said, ‘Strategically, we’ll locate our facility in the southern part of the state, so when we can ship across state lines we’re positioned to do it easily,’” Grindeland said.

“We would look for similar characteristics in other states; but we can’t count on when interstate commerce is going to happen, so we need to make sure the state itself is large enough to create something very meaningful for our company so we’re not investing a lot of capital in markets that aren’t going to generate much return.”