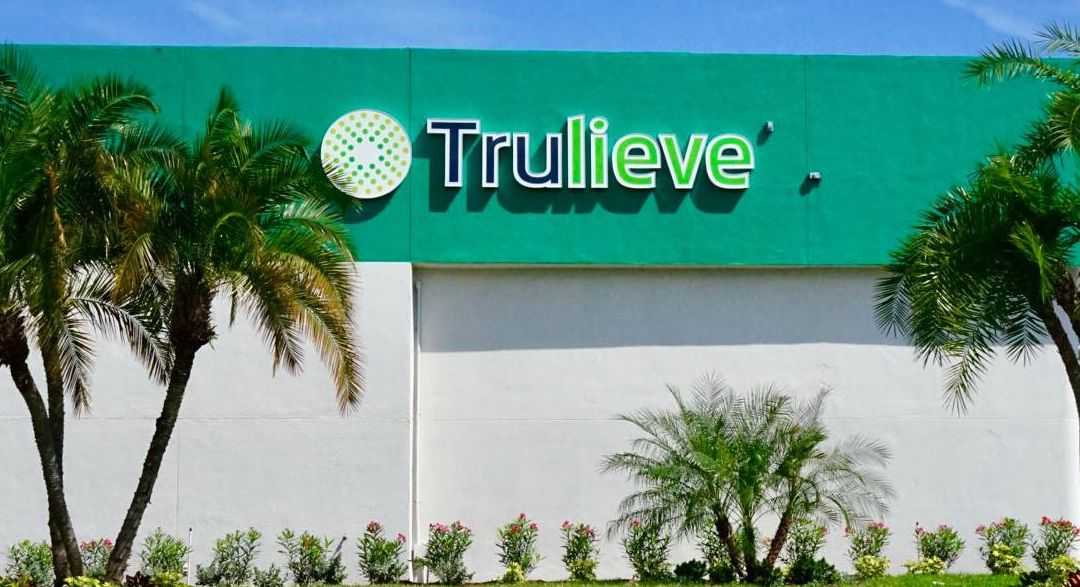 Trulieve Cannabis, the predominant player in Florida’s medical marijuana industry, is fending off attacks raised in a recent negative research report as competitors try to cut into the company’s nearly 50% market share in the state.

Grizzly Research promotes itself as doing in-depth research of publicly held companies, but its website doesn’t list a headquarters address or the names of its principals. Grizzly alleged in a short-seller report in mid-December that Trulieve:

Short sellers are betting prices will go down. They borrow shares and sell them at the current market price and then make money when they repurchase those shares at a lower cost in the future and return those borrowed shares to the lender.

Trulieve denied the allegations in a news release and, most recently, in an investor Q&A.

“We see this as an opportunistic and cynical attempt to capitalize on Trulieve’s strong financial results and operational success by making untrue statements for their personal gain,” Trulieve said in the investor Q&A.

Trulieve shares, traded as TRUL on the Canadian Securities Exchange and as TCNNF on the U.S. over-the-counter markets, declined by more than 20% from $15.69 to $12.06 in intraday trading on Dec. 17, but they mostly recovered by Dec. 31.

Prices recently have slumped since. 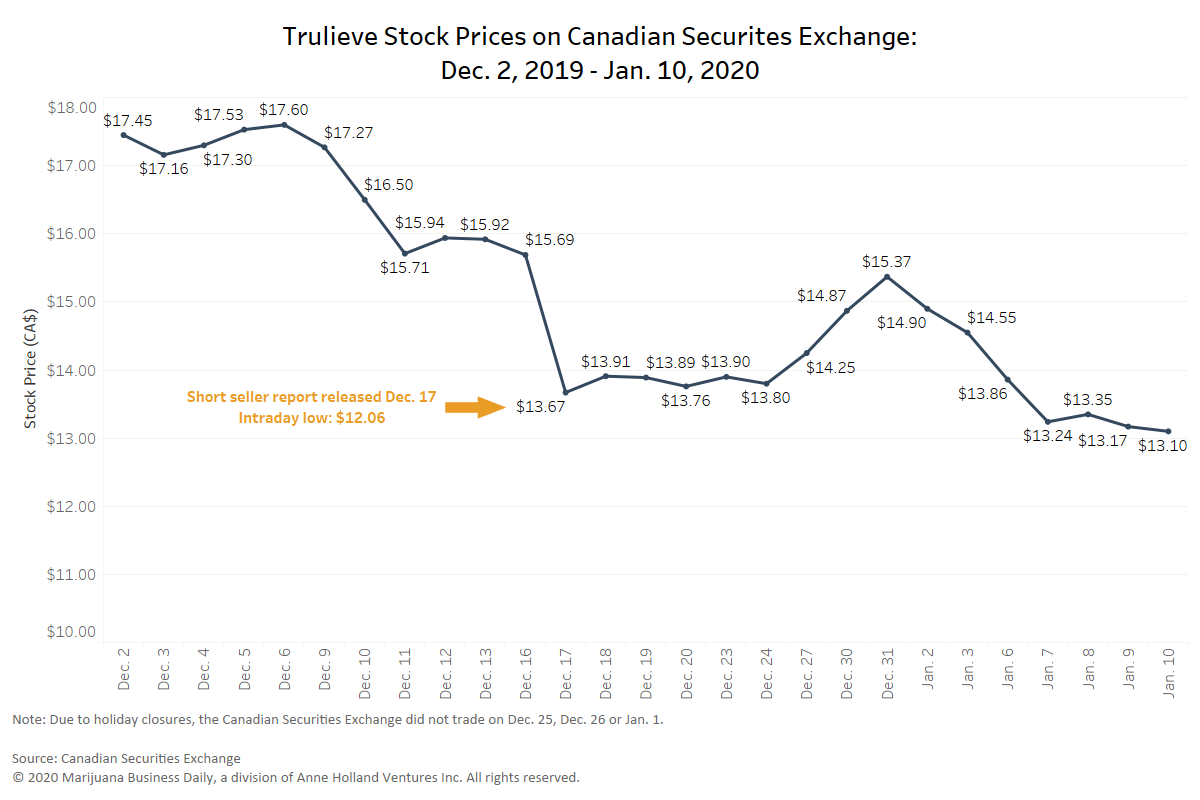 In an interview with MJBizDaily, Trulieve CEO Kim Rivers insisted the company hasn’t experienced a fallout on its sales or from investors.

Rivers noted that Trulieve recently opened its 43rd dispensary in Florida and continues to command a dominant share in the state – one of the country’s most lucrative MMJ markets.

The company’s market share of smokable flower between mid-December and Jan. 2 has declined slightly, according to the state’s weekly reports, but it’s unclear whether that’s due to the adverse Grizzly report.

A variety of multistate operators have aggressively expanded operations since Florida lifted a ban on smokable marijuana last March.

“Certainly everyone (in the industry) read (the report),” said Jeffrey Sharkey, president of the Medical Marijuana Business Association of Florida.

But he doesn’t believe it’s something consumers will pay much attention to overall.

“One of the questions is whether one of the competitors is trying to undermine them (Trulieve) by mobilizing Grizzly,” Sharkey said.

“I don’t hear that’s happening … But it’s clear Trulieve is out front and the hounds are barking. Everyone is trying to catch up.”

One of the most dramatic details in the Grizzly report is a claim that drone flyovers showed that Trulieve produces low-quality cannabis.

“I don’t know how a drone could tell whether plants are tended well,” Sharkey said.

Trulieve said in its investor Q&A that the plants in the drone footage are produced for oil extraction, and that process removes impurities.

Stifel GMP’s Fagan characterized the drone claim by Grizzly as “irrelevant” for the reasons noted by Trulieve.

The allegation about the FBI investigation stems from the fact that Rivers’ husband, John Thomas “J.T.” Burnette, a real estate developer, faces trial in April on bribery charges stemming from a federal investigation of public corruption that started in 2015.

Trulieve, since going public in 2018, has disclosed in Canadian securities filings that Rivers was one of many individuals subpoenaed in 2017 for information related to her involvement with the Community Redevelopment Agency in Tallahassee as well as political contributions she made through an associated business. No information requested related to Trulieve, according to the disclosure.

Trulieve’s board, according to the disclosure, retained counsel to investigate the matter and concluded that Rivers wasn’t a target of the FBI investigation and that the potential liability wasn’t great enough to prevent her from continuing as CEO.

But there is at least one lingering optic of concern: Trulieve has a contract with a construction firm that includes Burnette as minority owner. The construction firm has been involved in Trulieve’s cultivation projects.

Rivers emphasized to MJBizDaily that Trulieve has been “fully transparent and had full disclosure” on the matter. She said there’s no current conversation to change policies.

Fagan wrote that while he believes Trulieve has followed the legal disclosure requirements, the transactions involving Rivers’ husband “are admittedly not our favorite company attribute.”

Rivers declined to say what kind of personal toll this has taken, instead directing her comments to her commitment to see the controversy through as Trulieve’s CEO.

“I feel extremely passionate and excited to get up and do what I do every day,” Rivers said. “I think our numbers and results speak for themselves.

Then, in reference to the short-seller report, she added: “There’s not even an author on the report. We think it’s pretty apparent on its face what this is and what the intent was, and we’re really just looking forward to moving past it.”

Could Florida’s medical marijuana industry be a gold mine for many or only a few?

Legalizing recreational marijuana won’t be on Florida ballot in 2020