The Washington State Liquor and Cannabis Board (LCB) announced Wednesday that it will begin accepting applications for recreational marijuana licenses from existing dispensaries on Oct. 12, with no cap on the number of permits to be issued.

ADVERTISEMENT
The new licensing process is the latest step in the state’s plan to regulate its longstanding medical marijuana industry, which in the past hasn’t been subject to any comprehensive rules.

“If phase one was implementation of the recreational marijuana marketplace then (this) marks the beginning of phase two – the public process of aligning the medical marijuana system with the existing recreational system,” LCB Chair Jane Rushford said in a statement.

Officials expect that only about half – or possibly even less – of the estimated 800 unregulated dispensaries that currently exist in the state will meet the requirements to win licenses.

Any dispensaries that wish to remain in business need to obtain a state license by next July.

The LCB has said it will give licensing priority to applicants that applied for a recreational license by July 1, 2014, or were either operating or employed by a dispensary prior to Jan. 1, 2013. Applicants that have a history of holding a business license and paying taxes will also have a leg up.

Once the Department of Health finishes its rules, dispensaries will also be able to apply for medical certifications to keep selling MMJ as well as adult-use cannabis. 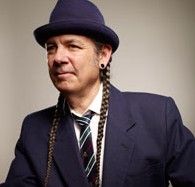