Bolstered by the Farm Bill’s passage, U.S. hemp companies are starting to flex their fundraising muscles.

For their part, marijuana entrepreneurs are paying attention to these kinds of raises because the Farm Bill’s passage could offer new legal business opportunities for MJ companies that want to diversify into a new plant.

Below is the latest data on cannabis investment activity and M&A, along with key takeaways, analysis and trends from Marijuana Business Daily and Viridian Capital Advisors.

The data, provided by Viridian, is through the week ended Feb. 1. 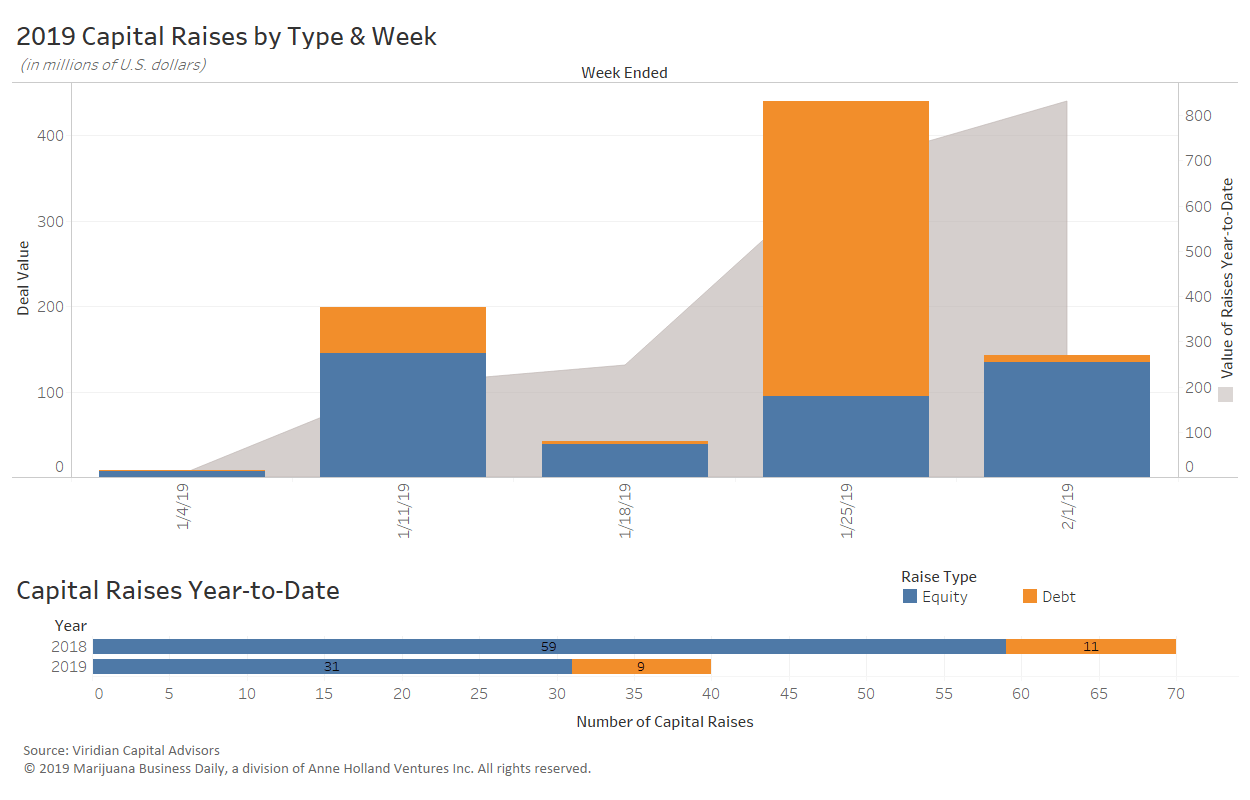 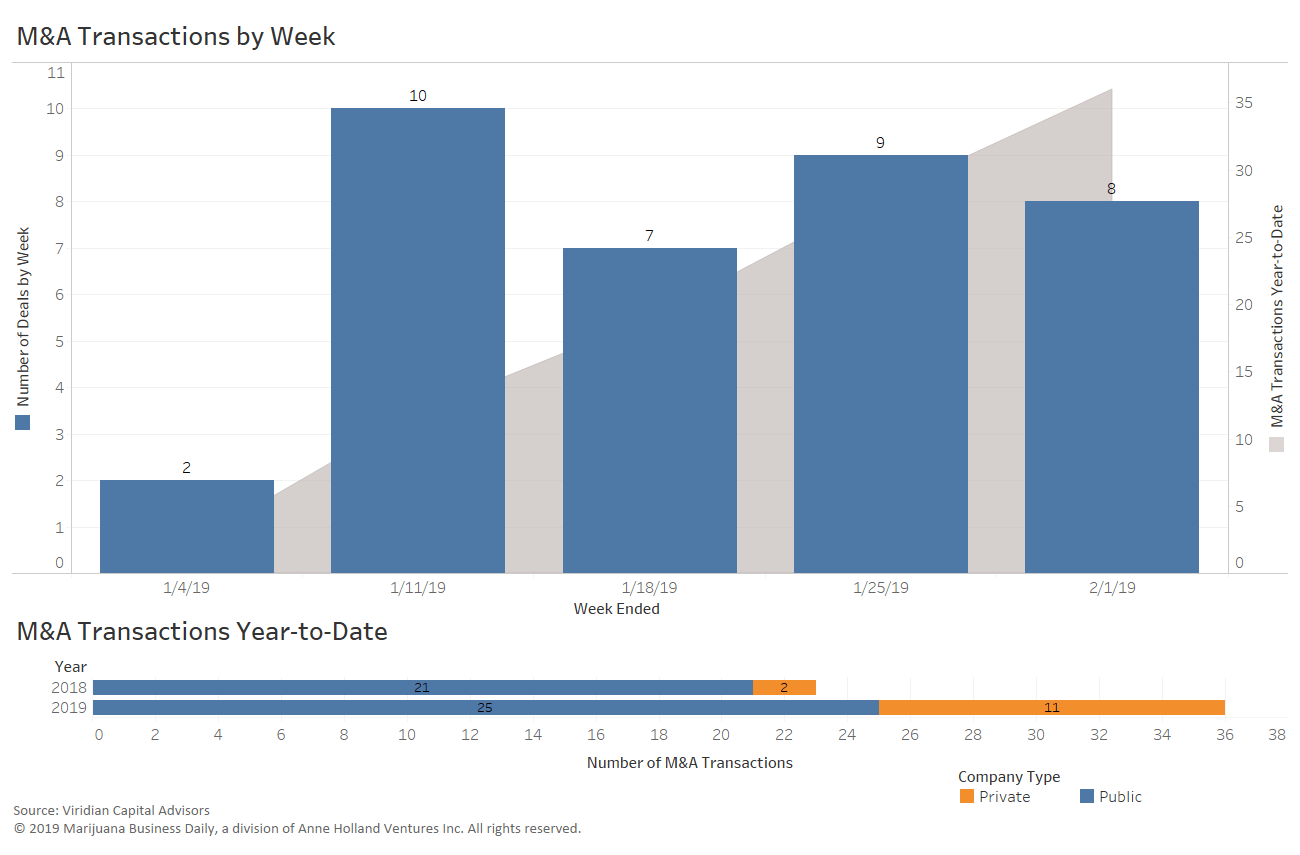