Fundraising among North American cannabis firms has yet to outpace levels logged this time last year, but the size of the average capital raise is steadily climbing, according to the latest data.

Through the fourth week of January, public cannabis companies have raised $394.1 million, with an average funding round of $24.6 million, according to data tracked by Viridian Capital Advisors.

“While we’re seeing capital being raised with less frequency, we are seeing larger significant tranches of capital being raised, especially among the Canadian (licensed producers) as they expand in Canada and internationally,” said Harrison Phillips, vice president with Viridian.

The data below, provided by Viridian, offers additional highlights on investment and M&A activity through the week ended Jan. 25. 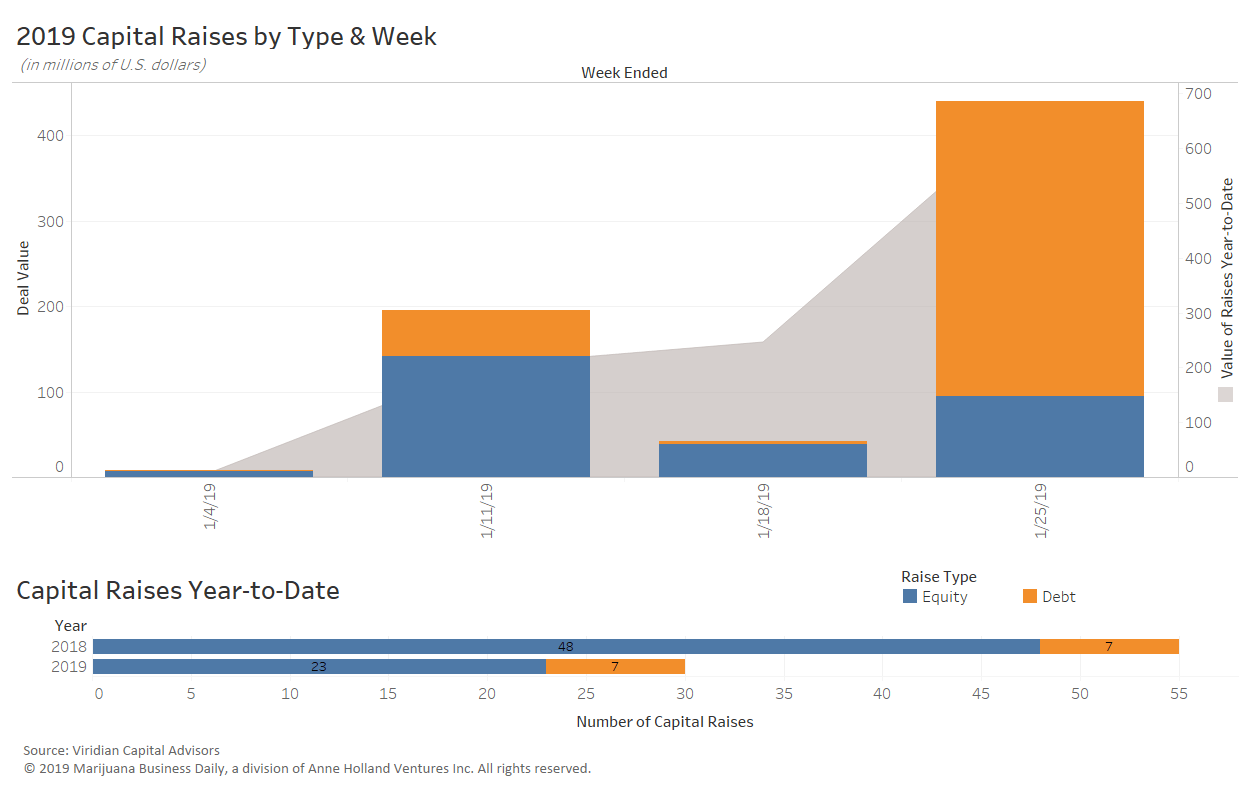 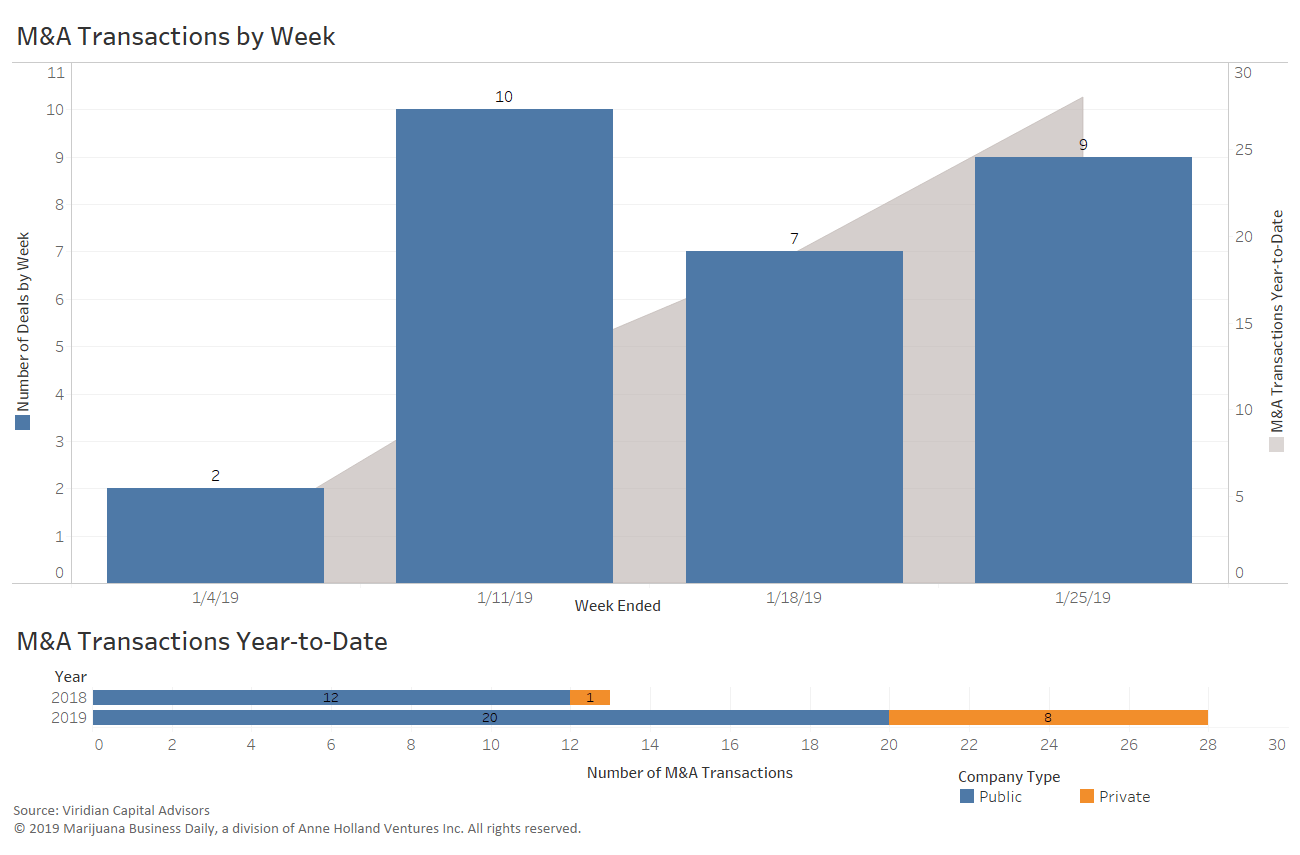