The final tally is in.

Nevada received a total of 519 applications for medical marijuana business licenses, according to information released by the state’s health department on Thursday.

The state initially received 370 applications by the Aug. 18 deadline, but the latest number also includes mailed submissions that were postmarked by that date

Officials will award provisional certificates in November to select applicants, and the first licensed dispensaries could open early next year.

The state said it received 199 applications for the 66 dispensary licenses available across Nevada.

An additional 183 groups filed applications for cultivation businesses, 119 for production sites and 18 for testing labs. Though the number of dispensaries is limited by state law, there are no such caps for other businesses.

Not surprisingly, most businesses are looking to set up shop in Clark County, which is where the bulk of the state’s population resides. The health department received 363 applications from entrepreneurs targeting the county, including 90 for Las Vegas and 105 for North Las Vegas.

The state will award 12 dispensary licenses for Las Vegas proper, four for North Las Vegas and another 24 in surrounding areas such as Henderson.

The full breakdown of applications by county is available here.

Half of New Mexico MMJ Dispensaries to Lose Bank Accounts 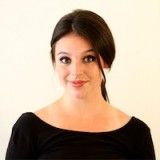 San Jose Considering Up to $50K in Fines on Dispensaries