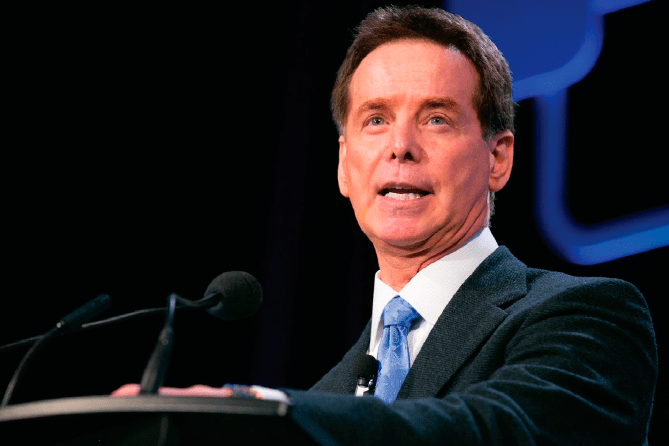 How can marijuana entrepreneurs truly connect with their customers and build a loyal following?

“Generational considerations should become a permanent filter in your brain through which you run all of your creative ideas,” said Underwood, founder and principal of The Generational Imperative Inc., an Ohio consulting firm that helps businesses better understand and market to different generations.

Underwood has spoken and written extensively on the subject, including a PBS television series, “America’s Generations With Chuck Underwood,” and a book, “The Generational Imperative: Understanding Generational Differences In The Workplace, Marketplace, and Living Room.” He also served as keynote of the Spring 2016 Marijuana Business Conference & Expo, run by the company behind Marijuana Business Magazine.

Underwood, whose clients include Coca-Cola, State Farm Insurance and Time Warner Cable, breaks up the consumer world into five generations:

Marijuana Business Magazine asked Underwood how his advice can be applied to the cannabis industry.

What should we know about the five generations?

Each of the five has had a significantly different experience with marijuana.

The Baby Boomers are the generation that launched the Drug Revolution. They did so naively. Gen Xers tend to lump marijuana in with a bad experience with their parents while they were coming of age.

Millennials have come of age in a time of legalization for medicinal use. To them, it’s not frightening, and they’re the generation most likely to embrace its legalization.

How do you attract the different generations?

The industry wants to legitimize its product, so it needs to look legitimate. And that means a store design that doesn’t look like a headshop. It means it can now be a more professional, sophisticated retail environment.

It also means in these very early days of legalization that in-store signage and in-store take-aways like little trinkets or marketing collateral that a customer can take home and read, should be educational first, and marketing second.

Should you reach out to these different generations simultaneously or craft a message for each generation?

With some retailers, you can succeed with a single marketing message. It is likely that retailers cannot do that with marijuana. The Silent Generation needs to be educated primarily about marijuana’s medicinal value, and must be educated out of that fear of the product.

Baby Boomers are probably nearly as receptive to recreational marijuana as the Millennials are. Those two generations can be marketed to with the same message. Gen X is the primary parent generation. For those with kids still at home, they’re the toughest sell on recreational use. They probably won’t use it themselves in front of their kids, and they certainly don’t want their kids using it.

You should also have generation-specific store events. It need not be anything elaborate. You can have a Saturday evening for the Silent Generation and bring them in and educate them.

Is it also possible to do a single event for multiple generations?

Yes. You announce that you’re going to have an educational evening at your store. You might not call it educational because that’s not too sexy, but the message you’re trying to get out is here comes something new. This is front-page news for all of America, come in Saturday night so we can teach you about this new phenomenon.