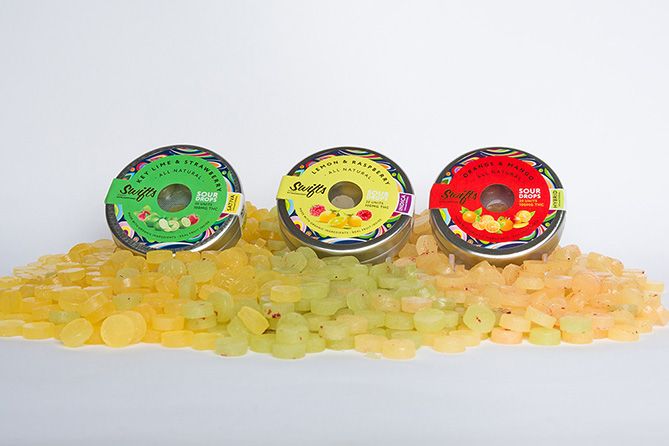 Infused edibles company Green Labs was blindsided in early October, when Washington state regulators detailed new rules that would effectively kill off the company’s hard-candy offerings and eliminate the sizable chunk of revenue that went with those product lines.

Green Labs ultimately was able to save its Swifts Sour Drops candies after the state’s Liquor and Cannabis Board (LCB) shifted the rules in December to allow candies in limited shapes, colors and packaging designs. But the Raymond, Washington-based company must spend tens of thousands of dollars to meet the new regulations—all while navigating the state’s evolving edibles regulations.

“If they tell us to go left, we’ll go left; right, we’ll go right. We’re not planning to leave the market, so we just have to take it in stride,” said Jordan McAulay, Green Labs’ sales director.

On Oct. 3, Washington’s LCB ordered edibles companies to cease production of infused gummies, hard candies, fruit chews, colorful chocolates and other products that could be deemed “especially appealing to children.” Regulators said licensees could sell through their product(s) until existing inventory was depleted or until April 3, whichever came first.

After the state’s cannabis industry rallied against the ban, the board put a one-month pause on reviewing products in the market. On Dec. 12, regulators introduced yet another set of rules allowing manufacturers to keep making edibles, provided they used approved colors, shapes and packaging. Licensees have until Jan. 1, 2020, to meet the new rules.

Sales of Green Labs’ brightly colored lemon-raspberry, orange-mango and key lime-strawberry Swifts Sour Drops were on the chopping block in Washington, per the rule enforcement in October. The company’s chocolate truffles, honeys and sugar-free mints would have been safe because the state is focusing its efforts on gummies and hard candies, McAulay said.

“For us personally, the ban only affects three of our 100 SKUs,” McAulay said in mid-October. “There are some companies that lean heavily on these two edible segments, so we definitely worry for companies in those situations.”

Losing Swifts Sour Drops under the initial October order calling for a production halt wouldn’t have been painless for Green Labs, however. The company brought in $2.3 million through sales of 545,000 units during the past 12 months, McAulay said. About 60% of those sales came from edibles, approximately 15% of which were derived from the hard candies.

Infused edibles comprise approximately 9% of the marijuana sold in Washington, according to the state’s Liquor and Cannabis Board.

In addition to losing money from sales, Green Labs would also have lost out on the roughly $10,000 the company invested in the molds used to make the candies as well as the time spent promoting its brand and a few more thousand dollars on bulk packaging.

The new, less-stringent rules limiting colors, shapes and vibrant, colorful packaging stand to cost Green Labs much less. McAulay foresees spending 2019 overhauling its packaging in-house and making some slight color tweaks to its hard candies, mints and other products to meet the new rules. The changes could cost up to $15,000 for Green Labs and upward of $50,000 for companies that outsource their redesign work, he said.

Like many states where marijuana is legal, Washington had rules on the books to keep cannabis away from children. One of those rules prohibited the sale of gummy candies. But the LCB by its own admission approved some products that met the definition of “especially appealing to children” during product reviews.

Green Labs’ McAulay said producers started by making something similar to Starburst and continued to introduce softer and chewier products until eventually they were selling traditional gummies like those found in the bulk-food section of a typical grocery store.

To avoid skirting the rules and opening itself to risk, Green Labs did not try to make a gummy product. But the new rules give the company renewed confidence to introduce a chewy candy.

“As we continue to get a clearer definition on the rules, essentially our understanding now is gummies are available,” McAulay said. “Rather than us thinking they were going to take away products from us, they’re giving us the go. That allows us to create new product lines with the confidence they’ll be able to stay around, giving us the ability to tap into new markets and to start getting attention of the typical gummy consumer.”

Green Labs did not immediately halt production of Swifts Sour Drops after receiving the notice from the LCB that the state would be stricter on gummies and hard candies. The board introduced new labeling rules in May 2018 calling for all previously approved marijuana-infused products that are ingested to be resubmitted for review. When companies made submissions for product and label review, they would be notified in writing by the state if their product was no longer allowed.

The LCB paused its review process for 30 days starting Oct. 11, so a coalition of marijuana industry organizations could bring forward alternatives for the agency to consider. The delay temporarily left Green Labs and other Washington producers in limbo.

Green Labs, meanwhile, benefited from a spike in sales from customers who wanted edibles that were in jeopardy of being banned. The company reported sales of Sour Drops in October were 30% above what it projected for the month. After the ban was eliminated, sales of Sour Drops normalized at the nearly 200 Washington retailers where Green Labs products are sold.

Competing in the New Landscape

Green Labs hopes to gain new customers going forward with the introduction of different gummy products, but the company will need to rethink how it attracts customers.

Swifts Edibles come in vibrant, colorful packaging that draw the eye to its truffles, mints and other products. Only the company’s sugar-free, pressed mint tablets have a more muted, generic appearance.

Going forward, Green Labs will be able to use only a tan, brown, white, cream, gray or black background on its packaging and three accent colors from a limited, approved color palette, per the new rules. The company will draw on the strength of its brand and work with budtenders and retailers to stand out and stay competitive after Washington’s new rules go into effect, offering training, samples and getting feedback.

“I don’t think colors will be too big of a deal for consumers as long as they can still get the products they want,” McAulay said. “It would be the people who are unfamiliar with us that we’re not able to capture quite the same—the tourists or one-time, two-time buyers.”