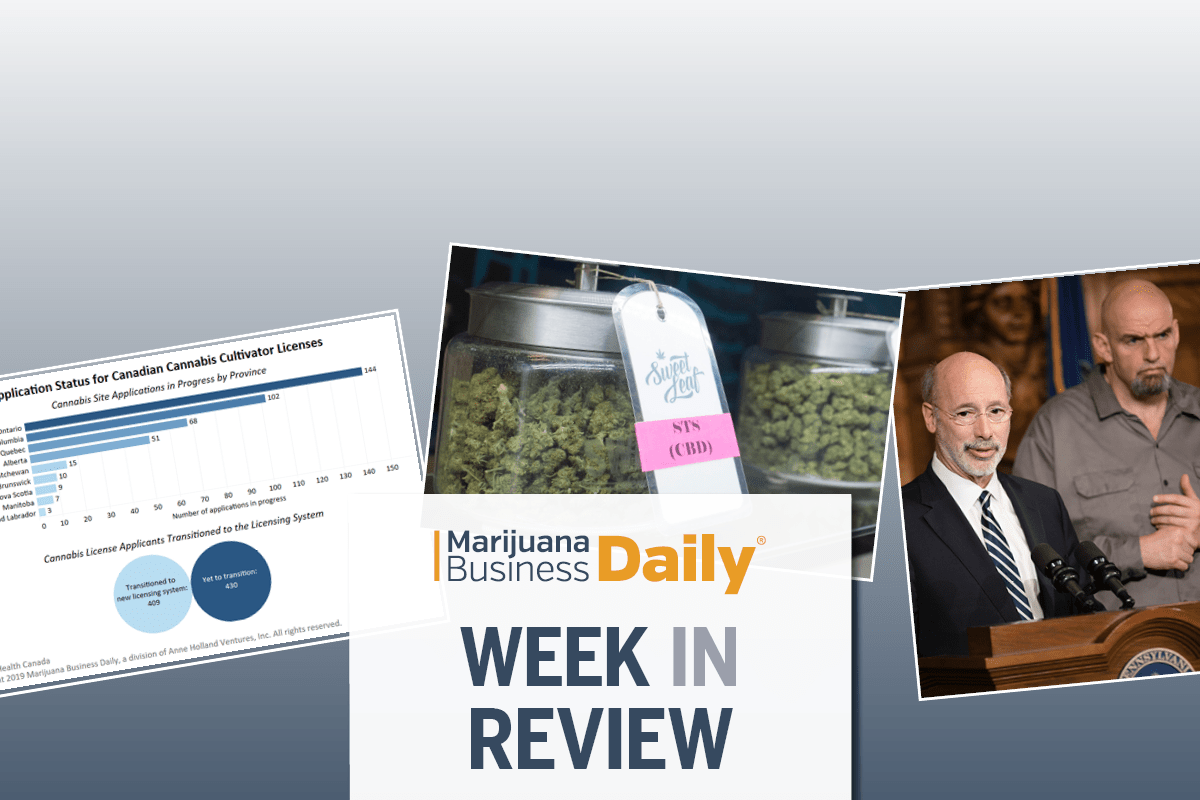 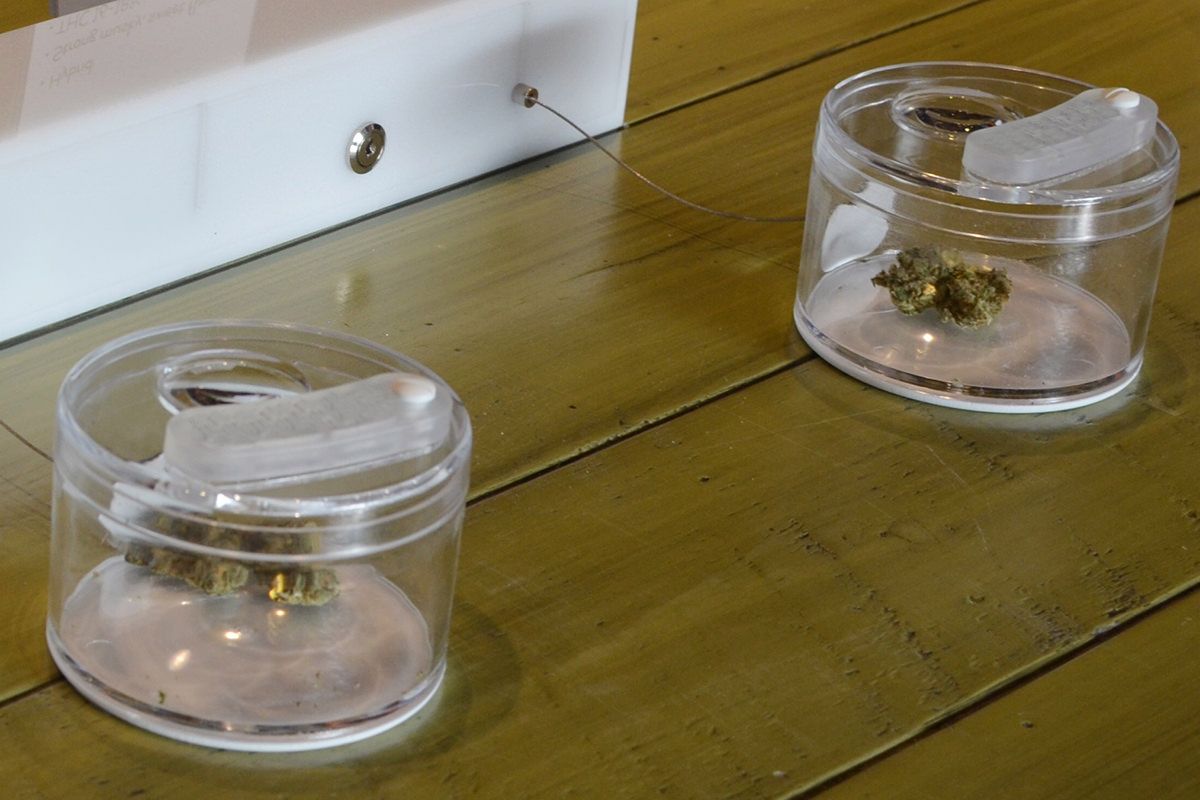 Washington state regulators are mulling the idea of permitting small, licensed marijuana farmers to sell directly to consumers - similar to what is allowed for alcohol distilleries, breweries and wineries.

Rick Garza, marijuana czar for the Washington State Liquor and Cannabis Board, said that because Washington doesn’t allow for vertical integration, smaller cannabis farmers are struggling.

MJBizDaily takeaway: Allowing the “wine model” for cannabis companies could lead to business opportunities and give smaller growers a shot in the arm. Washington growers cultivate cannabis in beautiful rural areas that could become tourist destinations for cannabis aficionados, including those from outside the state. (Photo by Lindsey Bartlett) 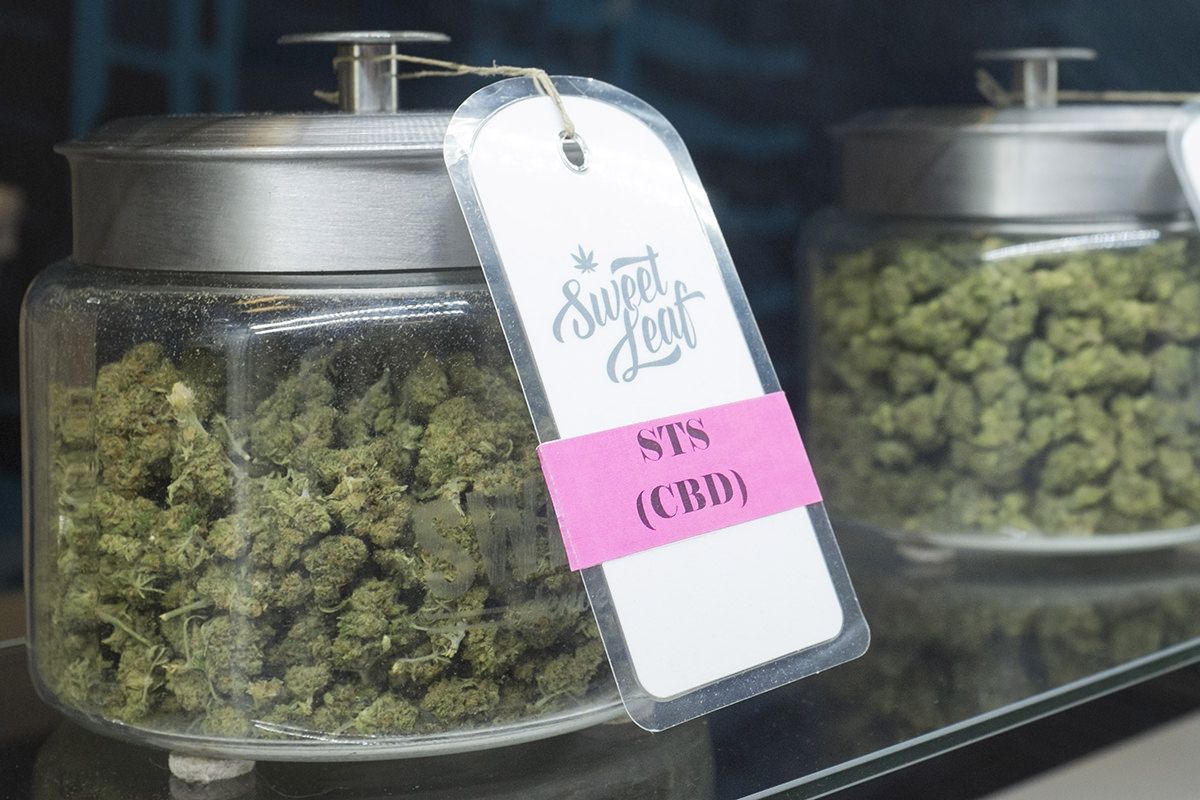 Sweet Leaf, which lost all its Colorado licenses, was accused of “looping,” an illegal multimillion-dollar sales scheme that allowed customers to buy maximum amounts of cannabis multiple times a day.

MJBizDaily takeaway: “The Sweet Leaf case illustrates the importance of strict compliance with regulations, and where a rule may be ambiguous or less than clear, business owners need to have some understanding of the purpose and intent behind those regulations,” Denver cannabis attorney Rachel Gillette said. (Photo by Matthew Staver) 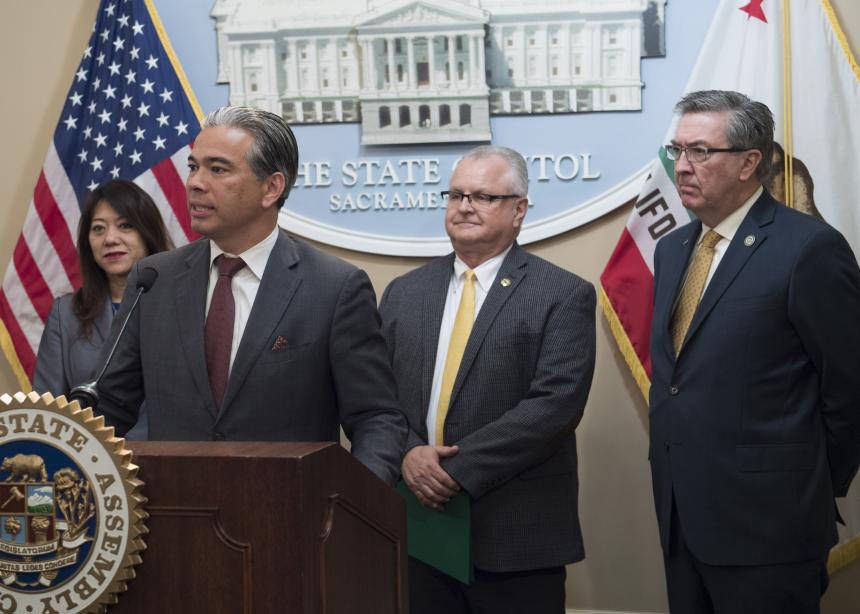 A bill in the California Assembly would lower state marijuana tax rates for three years on businesses. It would temporarily suspend a $148-per-pound cultivation tax and lower the MJ excise tax from 15% to 11%, before the higher rates would return in 2022.

MJBizDaily takeaway: Tax relief for MJ companies will likely be a tough sell, not just for lawmakers but for the public. A key question is whether the state’s new pro-cannabis governor, Gavin Newsom, throws his political clout behind the measure. 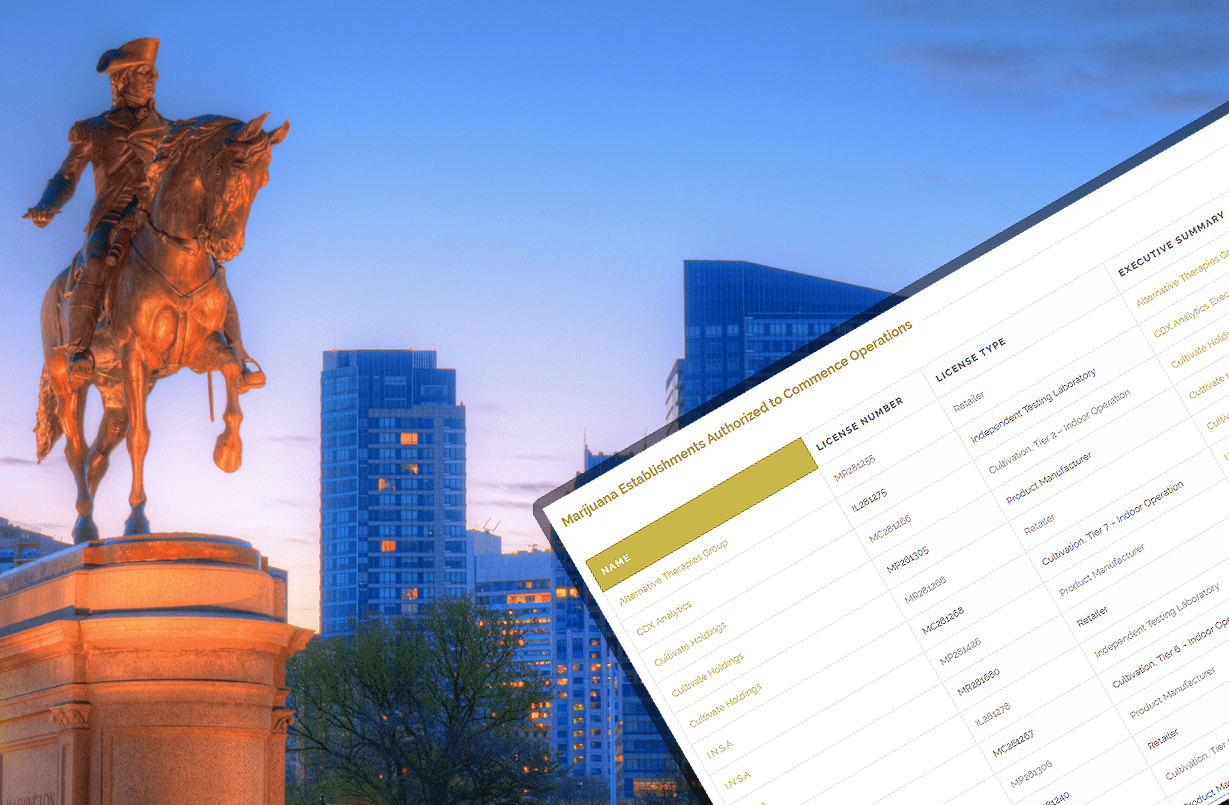 Recreational marijuana shops in Massachusetts have racked up nearly $24 million in sales since the initial ones opened two months ago. To date, only eight rec MJ retailers have begun full sales, with a ninth upcoming.

MJBizDaily takeaway: All the open stores are in more thinly populated areas of the state, a bullish sign for the eventual start of recreational sales in Boston some months down the road.

“The volume being done where these stores are speaks well to what can happen when Boston gets stores,” said Kris Krane, president of 4Front Ventures, a multistate cannabis firm. 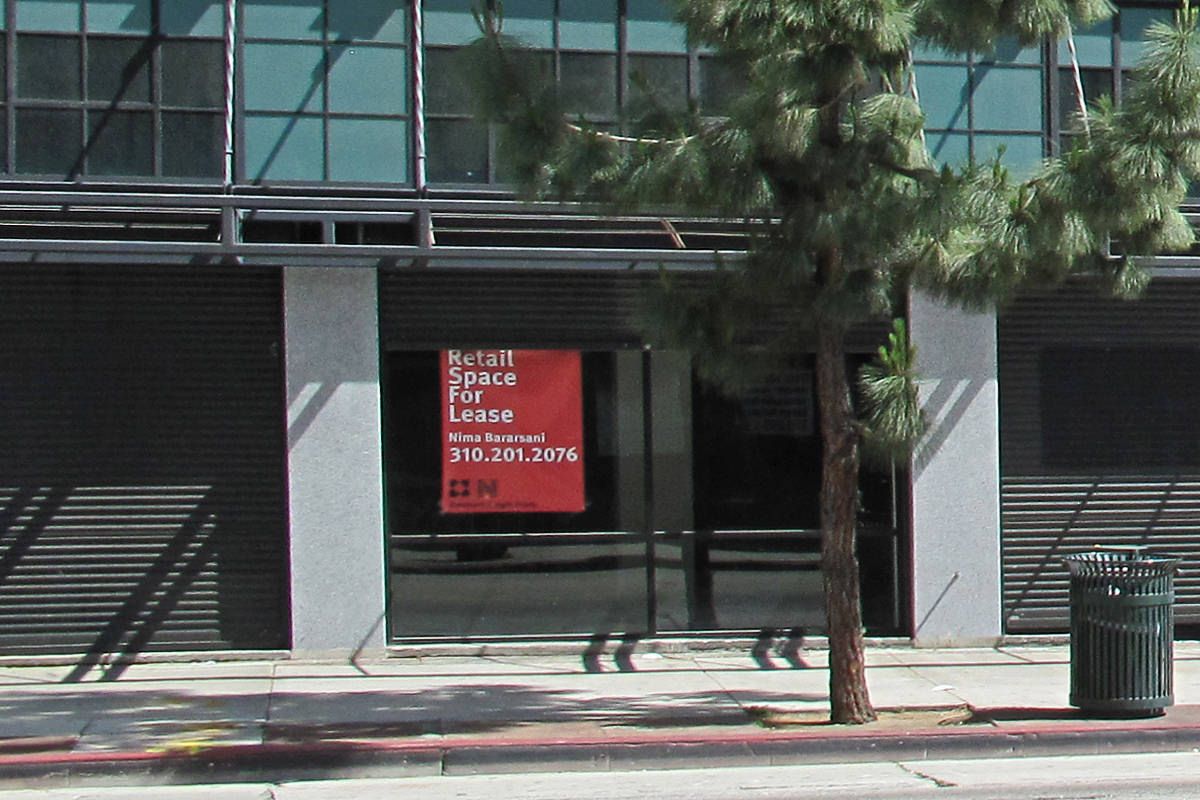 Sacramento-based consultant Jackie McGowan predicted the number of licensed California MJ companies would contract by 90% in 2019. As of January, there were roughly 5,000 state-licensed retailers, growers, manufacturers, distributors, testing labs, microbusinesses and event organizers.

MJBizDaily takeaway: If McGowan’s prediction holds true, there could be as few as 500 such businesses left in 12 months.

That could raise two questions. Would state officials loosen regulations to attract more companies into the legal market to combat the illicit market? Or would California evolve into a place where well- 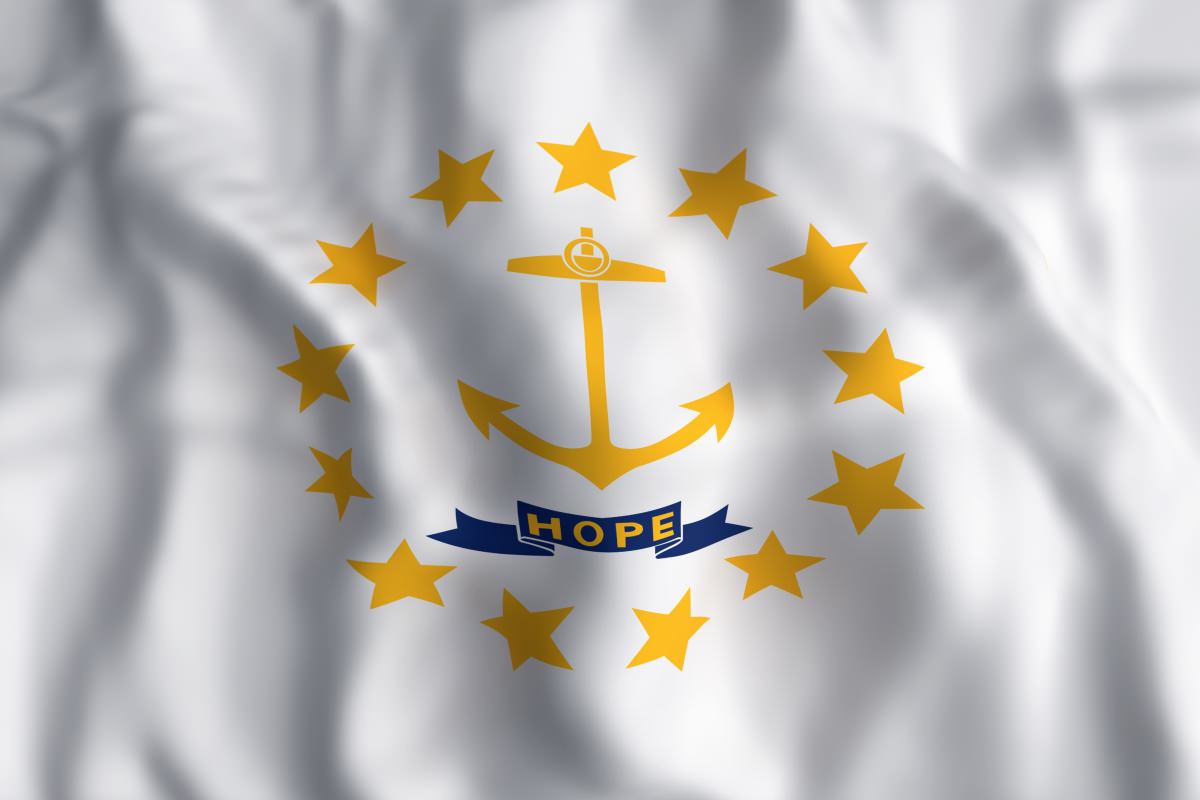 Maine is on the hunt for a consultant to help develop recreational program rules a few days after regulators terminated a contract with BOTEC, a Los Angeles firm originally hired for the job. Before that, some entrepreneurs hoped rec sales would begin in the state this summer, but that’s uncertain now.

MJBizDaily takeaway: “It’s plausible this could get us to summer sales faster,” said David Boyer, political director for the Maine chapter of the Marijuana Policy Project. A new consulting contract could set more aggressive deadlines for rules to be submitted, he noted, leaving fewer issues to address such as packaging and testing. 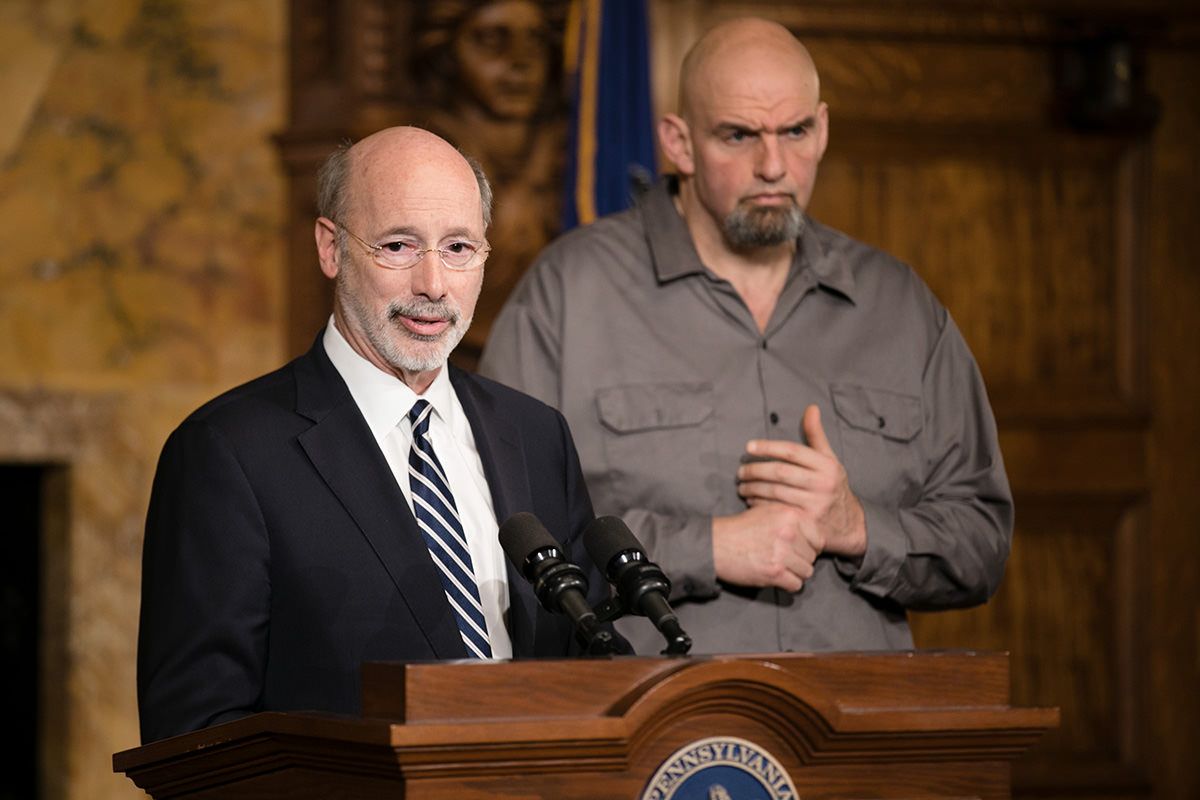 Pennsylvania Gov. Tom Wolf changed his tune regarding his opposition to adult-use marijuana, deciding that it’s a good idea to explore potential legalization.

Cannabis attorney Judith Cassel suggested that it would make sense for Pennsylvania, like other states have done, to implement an adult-use program initially through the existing MMJ permit holders “who have already proven they can successfully grow, process and sell medical marijuana.” 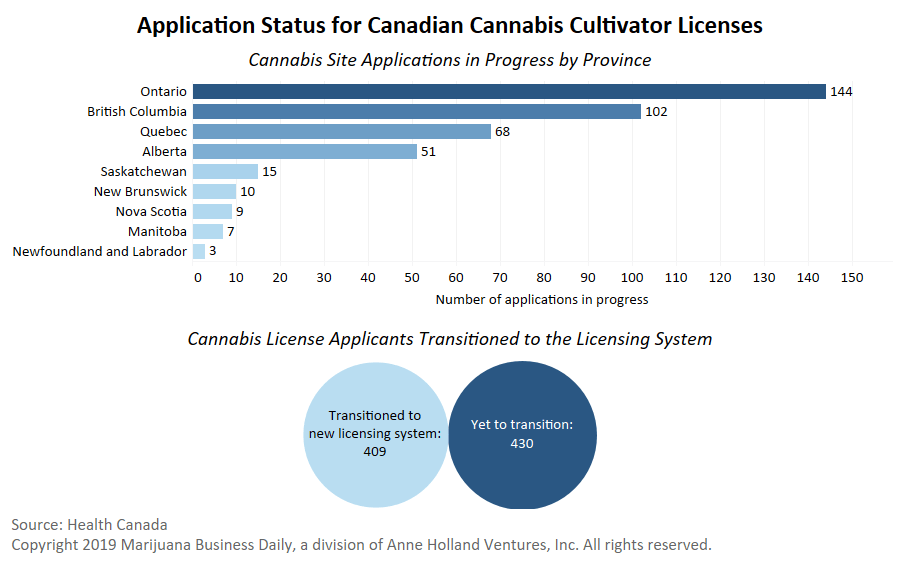 Many of Canada’s marijuana grower applicants currently live in limbo

More than half the 839 cannabis cultivation applications in Canada had not transitioned to the country's new licensing system as of the end of 2018, meaning their applications are effectively in regulatory limbo and not being processed.

MJBizDaily takeaway: The 409 applicants that already have transitioned to the new licensing system will have a first-mover advantage, because applicants are generally reviewed by federal regulators in the order in which they were received.