It’s also a signal that more mainstream investors are taking an active interest in the burgeoning industry.

This is Casa Verde’s second investment in Green Bits. The venture firm chipped in on a $2.2 million growth financing round in 2017.

The investment round brings Green Bits’ total outside funding to $19.3 million. The California-based firm plans to use the new capital to boost sales, marketing and product development.

The deal will also allow Green Bits to expand into new states, according to the firm.

“We have grown quickly in a short period, and this new capital will allow us to exponentially accelerate our growth,” Ben Curren, co-founder and CEO of Green Bits, said in a news release.

“Our goal is to be in every state that has legalized cannabis in some way.”

Why the US needs federal marijuana reform: Q&A with Congressman Tom Garrett 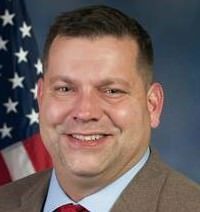