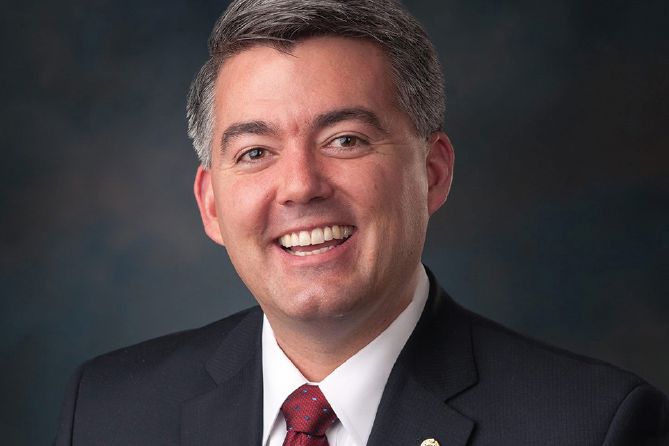 Members of Congress have made several attempts in recent years to roll back the 280E provision of the federal tax code for state-licensed cannabis businesses. U.S. Sen. Cory Gardner, a Republican from Colorado, tried again in the waning days of 2017, attaching an amendment to the Senate’s version of the GOP tax bill. He was unsuccessful.

Gardner, a first-term senator, represents a new breed of conservatives. Unlike U.S. Attorney General Jeff Sessions – known for his war-on-drugs attitude toward cannabis – Republicans like Gardner adhere to more classic GOP principles of states’ rights, low business taxes and following the will of voters. That means allowing states with legal marijuana programs to operate and giving MJ businesses a fair shake at paying federal taxes.

It’s why Gardner is also co-sponsoring the Small Business Tax Equity Act, which would make state-licensed cannabis companies exempt from 280E. In an interview with Marijuana Business Magazine, Gardner said he’s not done pushing the issue in Congress.

Why wasn’t the 280E amendment included in the tax bill that passed the Senate?

We had two amendments we put forward. We were trying to allow business deductions to occur for business expenses, and we were pushing for a score (an estimate of the revenue impact). That’s a process-y way of saying, in order to get a bill considered without having to have a 60-vote threshold, we had to get a score from the Joint Committee on Taxation. We didn’t get that score in time, which meant it was a 60-vote threshold. And we were afraid that if we pushed it, and we didn’t have 60 votes, we’d lose. And we were afraid that would hurt our efforts to try to push it in the conference committee.

Do you think a version of that, perhaps one of the versions of the Small Business Tax Equity Act, has any real chance of passing in the next 12-24 months?

We’ve got a lot of education to do. What I discovered through this process, we had some members of the Senate who were supportive. We had some who were very up to speed on the need for the legislation. But we had others who were just clueless. In fact, I had one unnamed senator make a joke to me. He said, “While you guys may have potheads, I have Baptists.” So you can see the kind of work we have to do, because there’s a lot of education that has to take place.

What’s your sense of what the future holds for the U.S. marijuana industry, given that the Trump administration and Attorney General Jeff Sessions have not articulated a clear policy on cannabis or federal law enforcement?

He (Sessions) told me early on that this would not be a priority because it’s not a priority of the Trump administration. He also said they don’t see a change in direction from the Obama administration to the Trump administration when it comes to enforcement. In that respect, I think that’s very much the way they have operated, and continue to. I made it very clear that this is the way (Colorado) had voted and that this is a states’ rights issue and (that Sessions should) continue to allow this state laboratory of democracy to continue.

As more Republicans like you have come out in favor of national marijuana-related reforms, has cannabis become a more politically palatable topic for members of Congress? And what does it all mean for the marijuana industry?

I think as more states accept and adopt either medical marijuana or forms of recreational marijuana, I think this grows the education level of members in the House and the Senate. Just look at Utah. Utah could very well be adopting medical marijuana (through a 2018 statewide ballot measure), so that means that senators that may not otherwise be considered supporters of this effort, like Sens. (Mike) Lee and (Orrin) Hatch, are going to have to think about it when it comes to what their constituents have done as opposed to what federal policy is.

Do you think Congress is going to take the lead from the states at some point on regulating marijuana and cannabis businesses? Or will this continue for the foreseeable future to be a state-led system as long as marijuana remains a Schedule 1 narcotic?

I’m not going to speculate on what may or may not happen in the foreseeable future in the industry. I’m currently focused on how these laws impact Colorado, and I want to make sure that the businesses following the law are not at a disadvantage compared to other industries in the state. Right now, the states are in the driver’s seat for the industry, and different states will have different views on the issue.