While many dispensary owners are bracing for a big spike in foot traffic, some are worried that new laws at the local level will sap some of their momentum.

Croy is concerned that the Portland City Council could adopt a new ordinance as early as this week that would prevent him from continuing to stay open 24 hours a day. If the measure passes, all dispensaries in the city will only be able to serve customers between 7 a.m. and 9 p.m.

“It’s kind of like doubling the business but getting a lot of it taken away,” Croy said.

Numerous cities across the state are considering new regulations on recreational marijuana businesses or have already implemented rules. And 33 towns and counties have banned recreational businesses completely, according to the Oregon Liquor Control Commission.

These moves to restrict recreational cannabis sales have introduced a ton of uncertainty for existing dispensary owners.

The state “afforded cities and counties very broad time, place and manner authority. So every city and every county now has the ability to develop (commercial marijuana regulations),” said Sam Chapman, who owns a cannabis consulting business and has been tracking newly proposed local laws all over the state. “It’s pretty chaotic from city to city and county to county.”

Portland’s proposed ordinance could have a larger impact than limiting the hours dispensaries can operate.

Adrienne Garcia, a managing partner at Pakalolo PDX dispensary, said she’s concerned because the proposed law would also force dispensary owners to choose between either a medical or recreational license.

“We shouldn’t have to choose,” Garcia said. “Right now, we’re a medical dispensary that can do recreational flower, and if they can just stick with that, I don’t know why they need to differentiate.”

Chapman is organizing dispensaries to oppose the Portland proposal, and on Tuesday he had at least 10 dispensary owners lined up to speak against it at today’s council meeting.

He doubts that council members will pass the measure right away because of resistance for the marijuana industry. But that doesn’t mean the law will die outright, Chapman said.

If the ordinance does pass, it likely won’t have a major effect on dispensaries until next year sometime, when the state begins issuing recreational licenses. However, the switch could have long-term effects for dispensaries that would prefer to cater to both medical patients and recreational consumers, Chapman said, by cutting down their customer base.

There are also several new regulatory bills on tap at the state level, including a push to install differing tax rates for medical and recreational cannabis.

Despite the challenges, dispensaries are enthusiastic about the beginning of rec sales. More than 200 of the state’s 345 licensed dispensaries have notified the Oregon Health Authority they want to sell recreational cannabis starting this week, according to The Associated Press.

And they’re getting ready for the big day.

Croy, for example, has over 5,000 pre-rolled joints ready to sell.

“We’re all real excited about recreational. It’s pretty much what we’ve all been working for,” Croy said.

Croy said he’s had to turn away roughly 25 people per day who want to know when they could purchase cannabis without a medical card, and Garcia said she’s had a steady stream of inquiries “all summer long.”

Garcia said she’s also seen an uptick in sales just over the past month. She chalks that up to MMJ patients stocking up before Thursday in case there’s a flood of customers and dispensaries run out of inventory.

“We’re definitely trying to buy up as much flower as we can in order to not run out in case we do have a big rush,” Garcia said.

As a direct result of the increased demand from dispensaries, some cannabis wholesalers have been increasing their prices to make the most out of the situation.

“Growers are making a killing right now,” Croy said, adding that his dispensary has dropped a few producers in the last month because they tried to raise prices by $400-$500 per pound.

Garcia said she is going to keep rec prices close to what her dispensary charges currently for medical cannabis, while Croy and some other dispensaries will keep medical prices slightly lower to keep long-term customers happy. Croy said his prices will be about $2 a gram higher for recreational buyers. 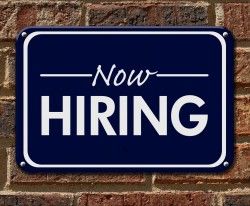