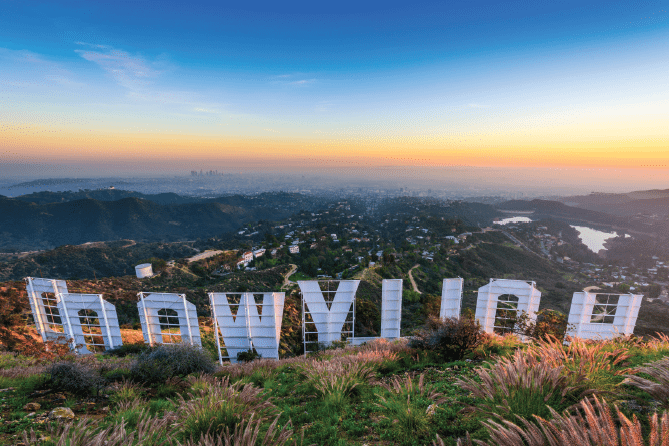 Speak with practically anyone in the Los Angeles cannabis industry, and one point typically arises in conversation: The city is the biggest marijuana market in not only the nation but the entire world.

While it’s a standard line, it’s also rooted in fact.

Los Angeles is home to nearly 4 million people in the city proper and 18 million in the metro area. By comparison, the populations of Colorado and Washington state – the country’s pioneering recreational states – are roughly 5 million and 7 million, respectively. L.A.’s huge population, combined with California’s 20-year-old semilegal medical marijuana industry, has given rise to thousands of cannabis-related businesses. The legalization of recreational cannabis in California will create many more business opportunities in Los Angeles as well.

If even half the existing medical marijuana companies end up making the transition to the regulated market over the coming year, that could make L.A. home to the greatest number of legal MMJ and adult-use cannabis businesses of any municipality in the country, including established cannabis hubs such as Denver and Seattle.

But that’s a big “if.” And much will depend on new regulations from the L.A. City Council.

In March, L.A. voters overwhelmingly approved a landmark ballot measure – Proposition M – that is aimed at establishing a firm regulatory structure to permit both medical and recreational marijuana businesses. But at the time Marijuana Business Magazine went to press, details hadn’t yet emerged on how city officials will choose to regulate marijuana businesses, how many existing companies will survive the transition period and how many new players may jump in.

All Prop M did for certain was:

Everything else, including license fees and zoning questions, is left to the City Council. That means many existing companies will likely be forced to relocate to comply with upcoming city rules and obtain an L.A. business license.

Still, there are some hints of what’s to come. And many within the city’s industry say they’re optimistic about the future.

The main reason for that is the relationship that’s been cultivated between the industry and city leaders, particularly on the City Council. Council President Herb Wesson has planted himself firmly on the side of regulating and expanding the legal marijuana trade within L.A., and that extends to hosting weekly stakeholder meetings, said Avis Bulbulyan, the president of the board of directors of the Los Angeles Cannabis Task Force.

“Until recently, you haven’t had this happen. It’s always been a closed-door environment. But now, it’s very active,” Bulbulyan said in March, just before the municipal vote on Prop M.

“Every Monday, they have these working sessions. You’ve got four or five different associations that are actively lobbying and working with the council,” Bulbulyan said. “It’s pretty refreshing. This hasn’t happened ever in the history of L.A. with cannabis.”

In other words, the city has finally realized that simply trying to eradicate unlicensed cannabis businesses is a fool’s errand and so has changed its approach. Now, city leaders want to make the most out of marijuana.

Another example of this paradigm shift has been the language of Wesson’s chief envoy to local marijuana businesses: his deputy, Andrew Westall. At a town hall meeting just before Prop M’s victory, Westall offered hints about the types of regulations the city is considering.

Westall said there won’t be any limit on the number of licensed non-retail marijuana businesses, meaning there could be a flood of newly legal growers, edibles makers, MJ delivery companies and more. But there may end up being a cap on the number of retailers, he said, in part because of uncertainties about how zoning issues will play out in coming months.

Westall delivered plenty of pro-industry talking points that were applauded, such as a possible tax vacation as the local industry transitions to the regulated system – “Because we want the jobs,” he explained. Westall also suggested that operational hours for retailers, which currently are limited to 10 a.m.-8 p.m., need to be changed. Why?

“That’s just not going to work,” he said.

Westall also suggested that non-retail businesses could help revitalize industrial parts of the city, another benefit to the cannabis trade that city leaders want to take advantage of.

The main message from city officials to those in the marijuana trade, however, is the eight words Westall closed with: “We’re going to take care of this industry.”

Prop M requires the city to have regulations in place by Sept. 30. The city aims to have the licensing process begin well before that. A precise timeline was not available as of press time, but Wesson planned a series of public hearings so those outside the industry could weigh in on issues connected to MJ legalization. Westall was hopeful a draft of cannabis business regulations would be finished as soon as early April.

Until a new regulatory ordinance is approved by the council and signed by the mayor, everything else is mere speculation. That’s why cannabis executives and advocates will closely watch and work with the council to ensure the best possible outcome for MJ businesses.

But by all indications, it looks as if 2017 will become the dawn of a new marijuana era in Southern California.