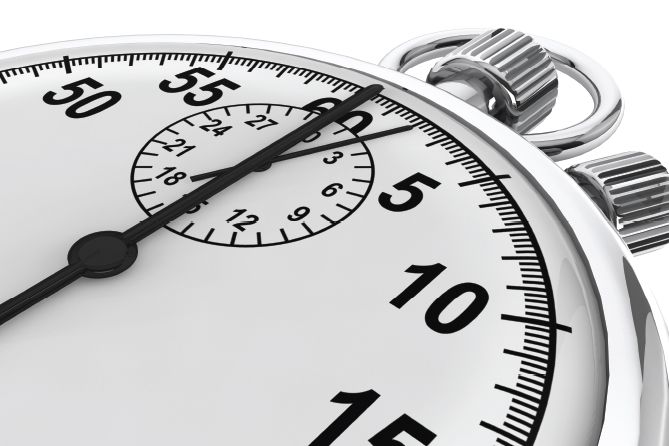 Time is money in any business. And the marijuana business is no different – particularly when it comes to cultivation.

In large, competitive markets with many licensees, some growers are finding an edge with plants that mature more quickly than others. Such strains allow these growers to squeeze in more harvests per year versus cultivators who stick to varieties that take longer to mature into the flowering stage. More harvests can translate into more money.

Compared to most traditional strains, which usually take 11 or 12 weeks to reach maturity, these faster-growing strains take closer to nine, eight or even seven weeks.

“What you’re seeing is a move toward phenotypes that finish quicker so you can have more harvests in the course of a year,” said Ryan Haub, chief cultivator at Skydweller Farms in Norco, California.

But speedy strains may not be for all growers. And special steps must be taken – by way of feeding and lighting – when growing these varieties.

In Norco, most of the more traditional strains Haub grows require nine to 12 weeks, such as the five OG Kush varieties that take 65-70 days before they are ready for harvest.

But Haub has also started growing newly developed strains that can mature in less than seven weeks. For example, Haub just finished a test batch of a strain called Orange Cookies that he said took 47 days. He is also trying another fast-maturing strain, No Quarter.

“If you’re growing in a ‘light dep’ greenhouse and can finish in 45 days versus 70 days, you can see how much more productivity you’d get in a year,” Haub said of a facility that uses light deprivation to force plants to flower.

“If you’re looking at economics, and you have a 12-week strain, like many Sour Diesels, you’re pulling four harvests per year. But if you have an eight- or nine-week strain, you’ll get more harvests,” said Karcey, who noted these strains have been around for at least 10 years. “Unless it was something that was in incredibly high demand, I wouldn’t grow strains that take 12 weeks. Losing a cycle throughout the course of a year is substantial.”

Fast-maturing strains that are popular with clients that she’s worked with include Mimosa, Do-Si-Dos and Skittlz.

To get the most out of these accelerated strains, you must adjust your regular feeding and lighting practices to the shorter time frame.

“If I’m feeding something at week eight on a 70-day plant, I would be feeding it at week five if it were a 47-day-cycle plant,” said Haub, who uses Mad Farmer’s Mother of All Blooms nutrient mix.

“If you know that you’re coming close to the ripening of the flower in week seven of a short-cycle-strain plant, then you would treat it like you would a regular-cycle plant that is ripening in week 10,” Haub explained.

Shorter-cycle plants also require less lighting, Haub said. For example, Haub uses Gavita’s 1000-watt E-Series automated lights. He doesn’t run them full blast the whole time. Rather, with his regular-cycle plants, he’ll run them at about 400 watts at the beginning of the cycle, 750 watts midway through the cycle, then up to 1,000 watts for the penultimate two or three weeks, followed by up to 1,250 watts for the final “maximum bloom” phase.

But if you are growing speedier strains such as No Quarter or Orange Cookies, you don’t need to bring the wattage up to 1,250 watts for the final week of the cycle, according to Haub, who said 1,000 watts is sufficient.

These strains can also perform outdoors, said Haub, who in August was running a trial outdoor grow of Orange Cookies that had just “full on” entered their flowering phase.

“The plants know genetically when to start flowering. As we head to a 12 (hours of light)-12 (hours of darkness) cycle, these plants are already pushing for the finish line,” Haub said.

Knowing what strains run shorter cycles and finding them can be difficult, Karcey said. For example, while many Sour Diesels will typically take 12 weeks to hit full flower, some can take as few as eight weeks. “It just depends on the gestation period of that strain for flowering cycle,” Karcey said.

According to Karcey, how long these strains actually take to mature will depend on several factors, including:

And while shorter-cycle strains have clear advantages, they aren’t always the answer. In markets with limited licenses, like New York, Minnesota, Connecticut and Delaware – where growers enjoy near-monopoly status – there is less competition and therefore less need to grow faster-maturing plants.

Cultivators should also know what’s popular in their market before accepting or rejecting a strain that takes longer to grow. In some markets, strains that take 12 weeks to grow may be wildly popular, and to leave them out of your rotation because they take a few weeks longer would be a mistake, Karcey said.

“To stay competitive in consumer-driven markets, it’s important to know what market demands and saturation points are,” Karcey said.

And not everybody believes that shorter-cycle strains can really hit full maturity after only seven weeks.

“It’s more of a marketing ploy on the seller’s end,” said Joshua Haupt, a growing consultant with Medicine Man Technologies in Denver. He doesn’t disavow shorter-cycle strains but lets them grow between 60 days and 70 days. Waiting longer with such strains can provide growers with up to 20% more yield, Haupt said.

“That way we make sure we don’t cheat ourselves on our yield,” Haupt added.